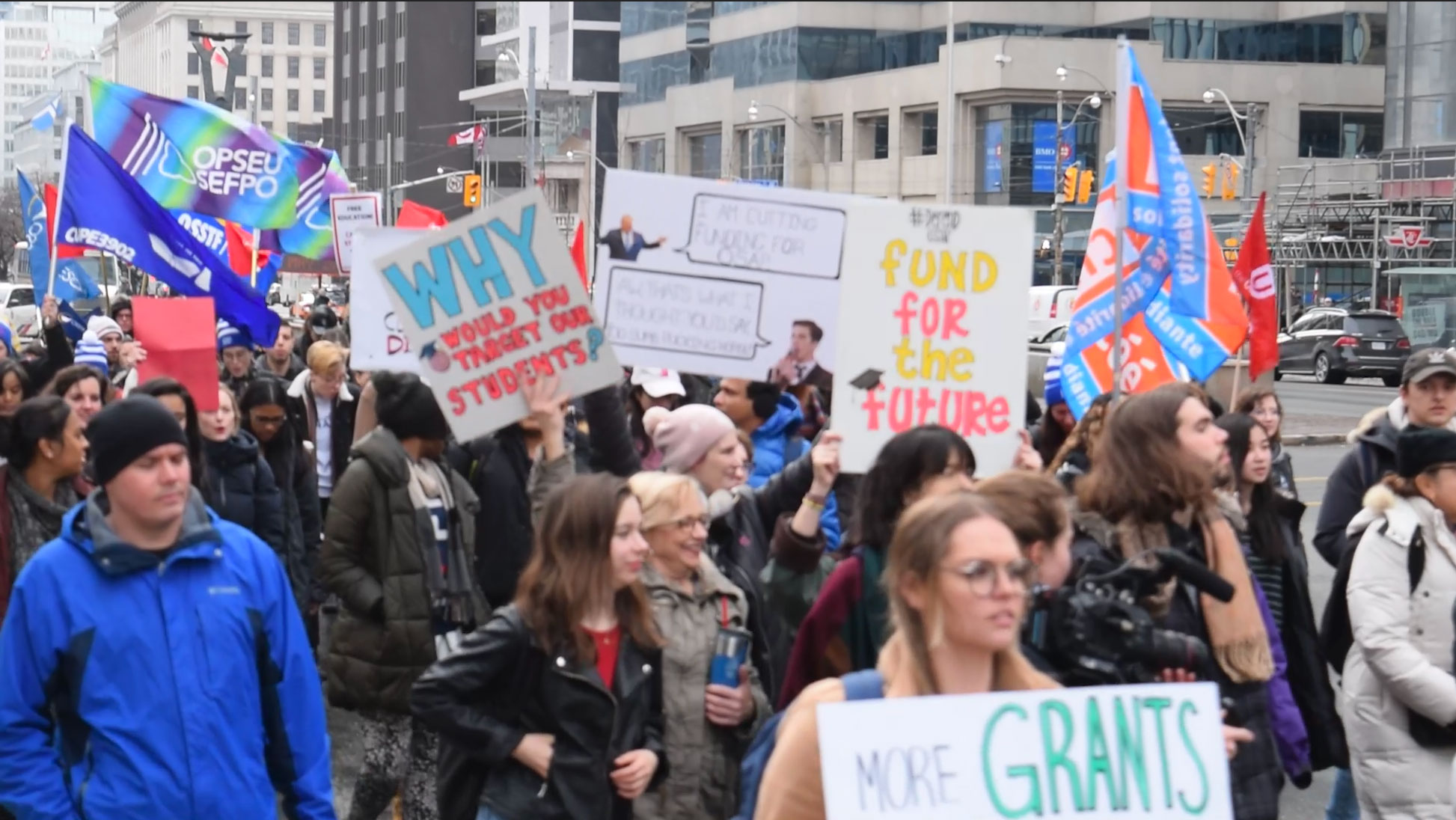 The students are protesting the latest changes to OSAP and tuition announced by the Ontario government on Feb. 4, 2019. (Kateryna Horina)

This was the third march since the announcement was made, and this time it was province-wide.

Kettelia Wright has the details.