Published On February 15, 2019 | By terrencebishundayal | Life 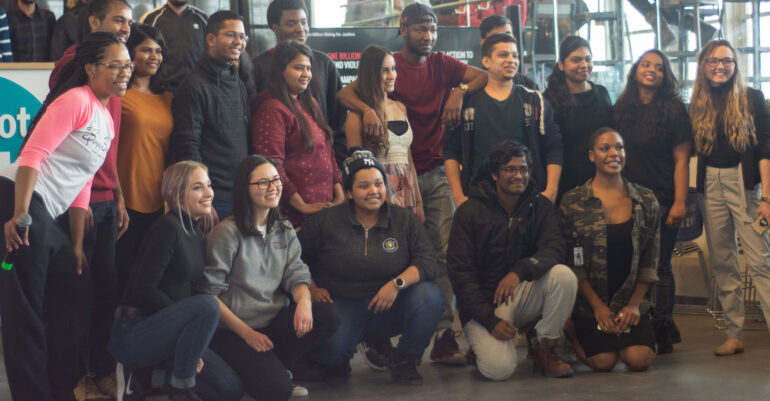 All participants from the dance workshop pose for a group photo. (Terrence Bishundayal)

Sexual violence activist Eve Ensler founded One Billion Rising in 2012, with the goal of ending violence against women.

A 2013 report by the World Health Organization estimated one in three women will be beaten, raped or otherwise a victim of violence in her lifetime. This equals about one billion women.

“As a survivor of sexual violence myself, days like these remind me that this work is incredibly important but it’s also not silent,” said Jennifer Flood, a member of CPEP.

Flood said that while the movement began with women in mind, CPEP is also taking into consideration others who can be victimized. 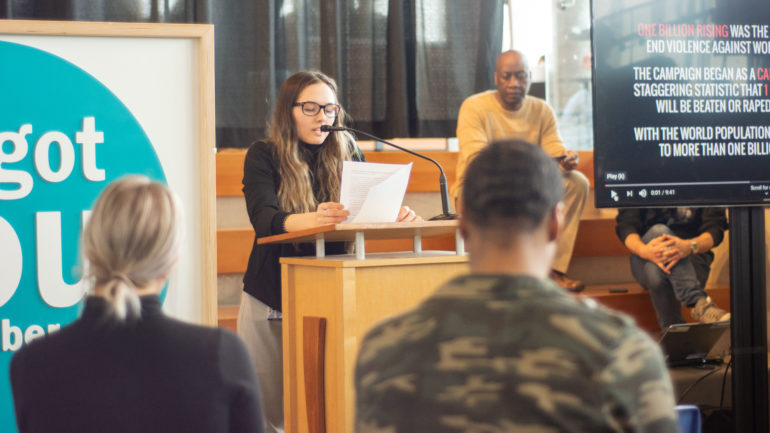 Jennifer Flood begins the event with a speech, indicating the importance of One Billion Rising. (Terrence Bishundayal)

“However, we want to centre the voices of those most impacted. Particularly, women in marginalized and racialized communities, Indigenous women, people with disabilities, LGBTQA+ and trans communities, folks with lower income and the immigrant and migrant communities,” she said.

What makes the One Billion Rising unique is the use of dance.

The campaign uses the song “Break the Chain” by Tena Clark, a song about disrupting the progression of sexual assault and violence. While choreographer Debbie Allen gave One Billion Rising a choreographed dance in 2012, activists quickly began to make the choreography their own.

One Billion Rising displays dance routines to “Break the Chain” from all over the world on its campaign website.

“Dancing insists we take up space, and though it has no set direction, we go there together,” Eve Ensler, the campaign’s founder, said on the One Billion Rising website. “Dance is dangerous, joyous, sexual, holy, disruptive, and contagious and it breaks the rules. It can happen anywhere, at anytime, with anyone and everyone, and it’s free.”

Ensler said One Billion Rising uses dance because it “joins us and pushes us to go further.”

Shakera Martin, a Humber Athletics instructor, led participants through five different dances at the end of the workshop. More joined in after each track.

“Dance unlocks joy, it’s an element that brings people together,” said Martin. “It’s fun, unifying and there is no stress related to it.”