NFL’s Super Bowl turned in to a Super Bore 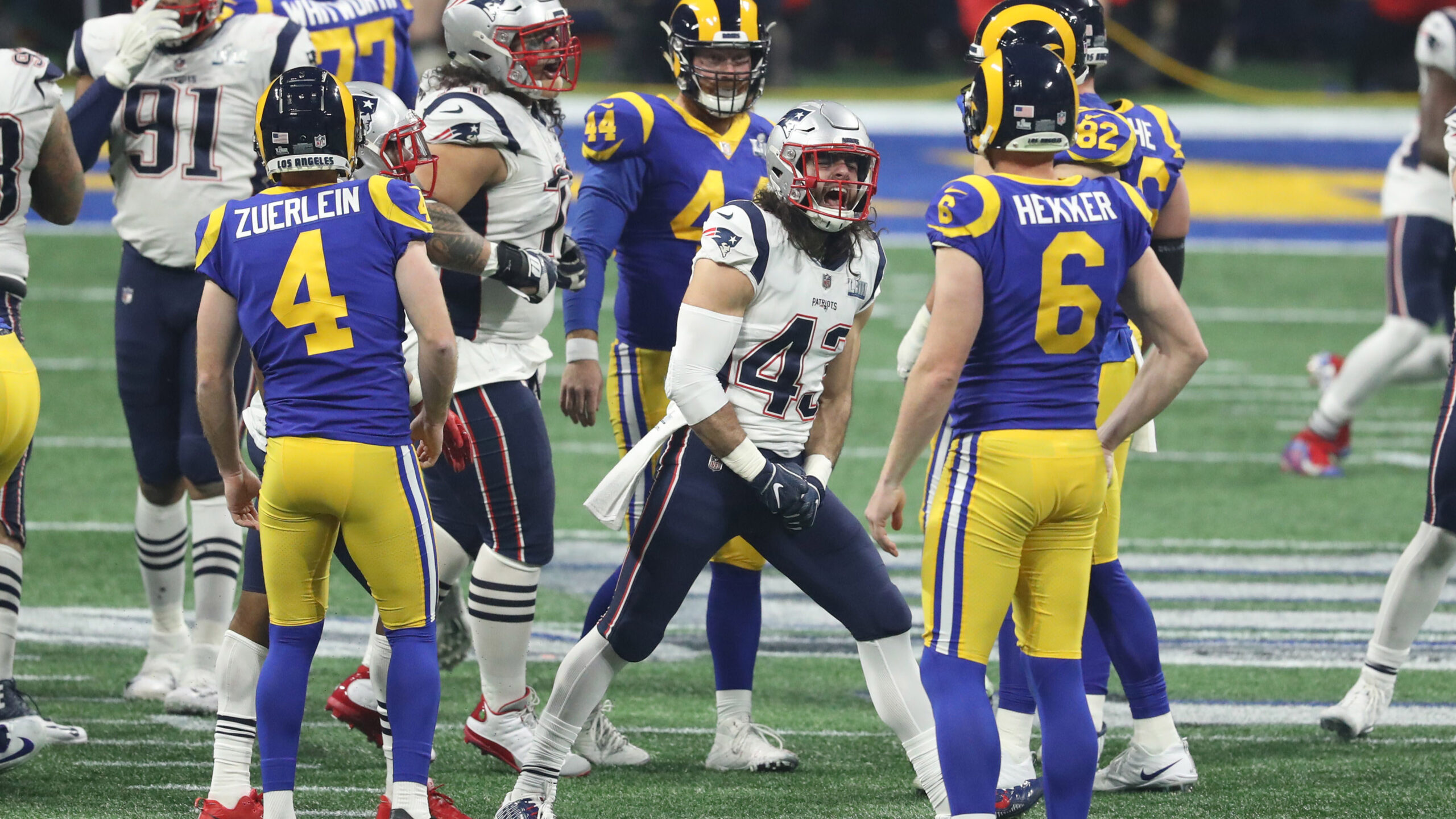 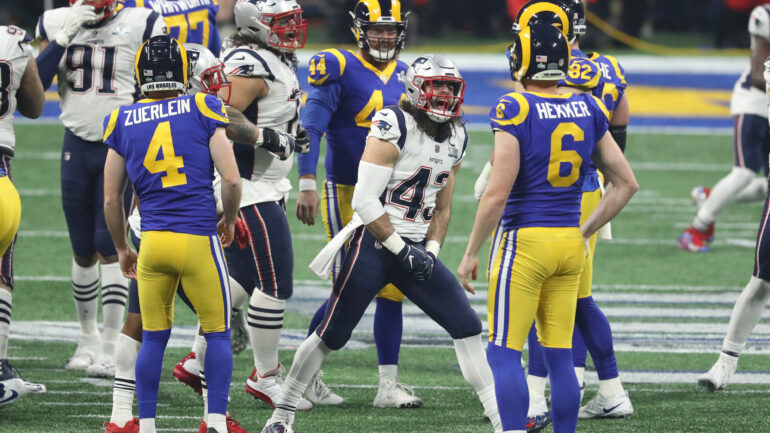 The lowest scoring Super Bowl could wind up being the lowest rated Super Bowl.

It was the lowest scoring Super Bowl in NFL history, with no touchdowns in the first three quarters.

The initial overnight Nielsen ratings show the game to be the lowest rated Super Bowl in this decade.

It was a five per cent decrease from last year’s game, which was the second highest-scoring Super Bowl of all-time.

The Rams were the highest scoring offense in the NFC this season, yet could only put up three points on the Patriots, who do not have a top 10 rated defense.

Adding to the lack of offense, the highlight of the game was the Rams Punter Johnny Hekker’s record long punt of 65 yards.

Longest punt in Super Bowl history! Sadly this has easily been the most exciting play of the night. By a lot. pic.twitter.com/KjO3rLmBtG

Has a punter ever been Super Bowl MVP?

The game itself was not the only factor for the record low ratings.

Along with a special appearance by… Spongebob Squarepants.

Jumping jellyfish! #SpongeBob in the halftime show?! We’re honored Goofy Goobers 💛 Thanks to all the fans and @trvisxx! #SBLIII pic.twitter.com/dxTO17KfwG

Maroon 5’s performance is already the most disliked NFL halftime show on YouTube. 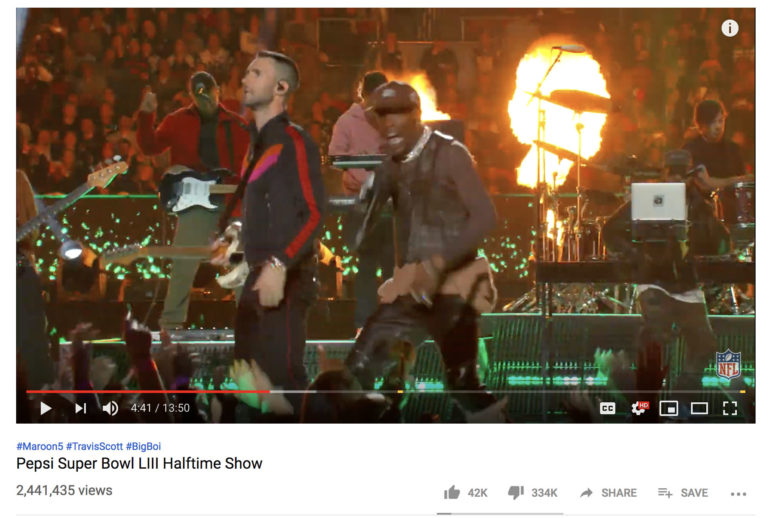 The likes to dislike ratio is the most from any halftime show video on Youtube uploaded by NFL.
(Youtube/NFL)

Below is an infographic showing the drastic difference between the last two Super Bowls.