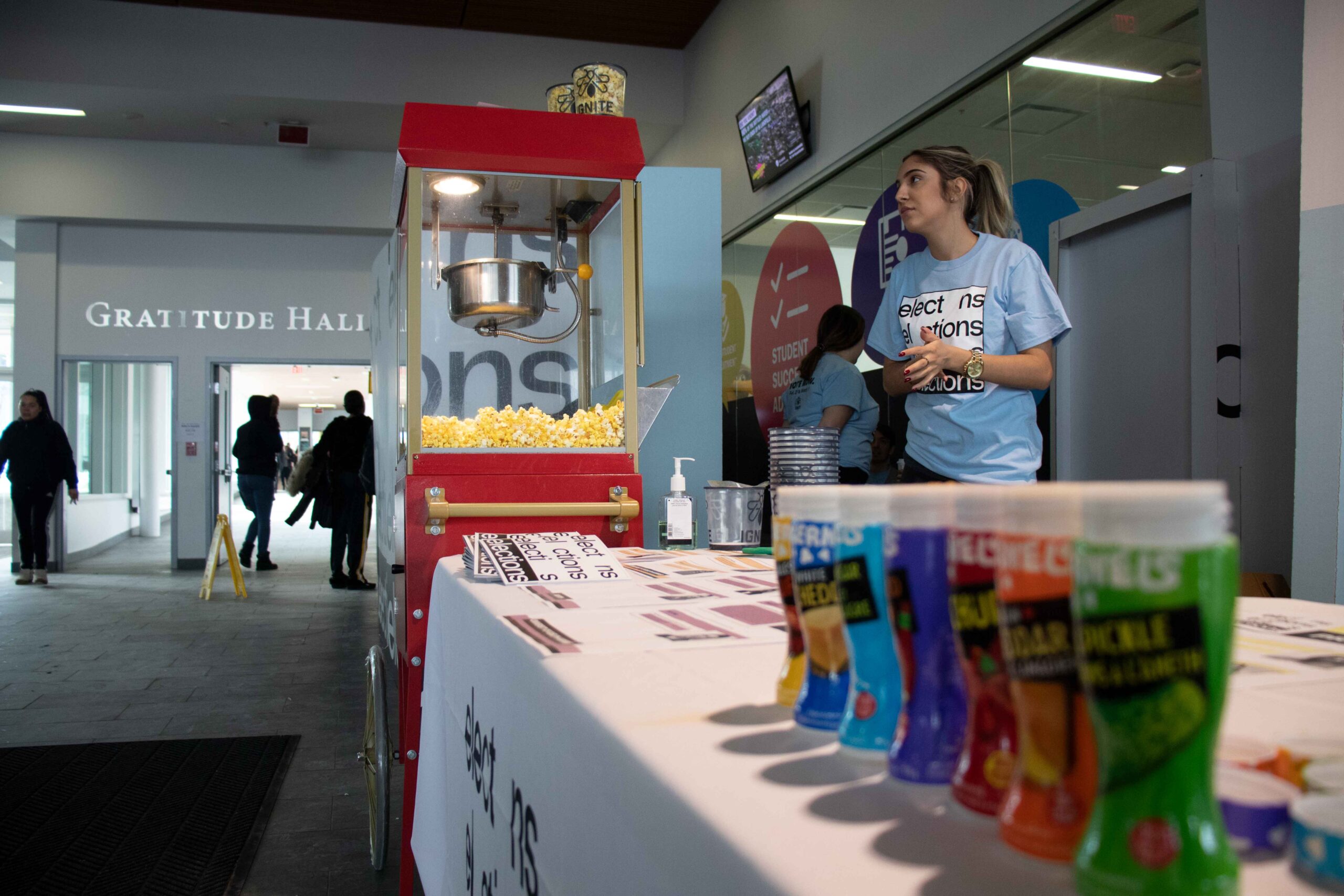 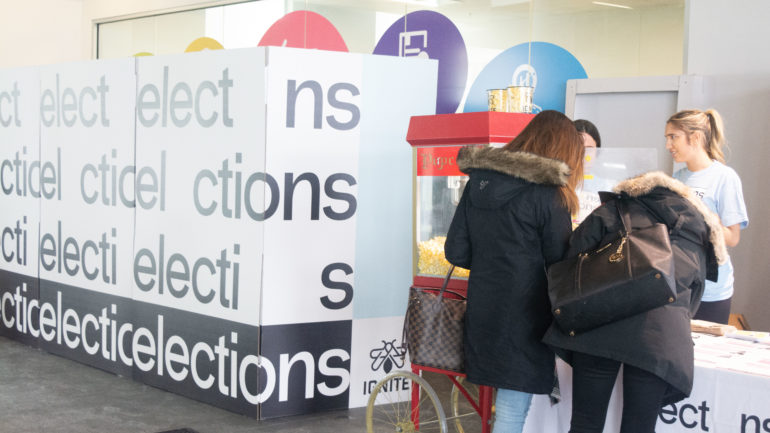 It’s election week at Humber College and the next president of IGNITE could be facing a big hurdle because of government changes to funding that will allow students to opt out of paying for some services.

Ballot boxes are open around the North, Lakeshore and Orangeville campuses. Voting ends at 4 p.m. on Friday. 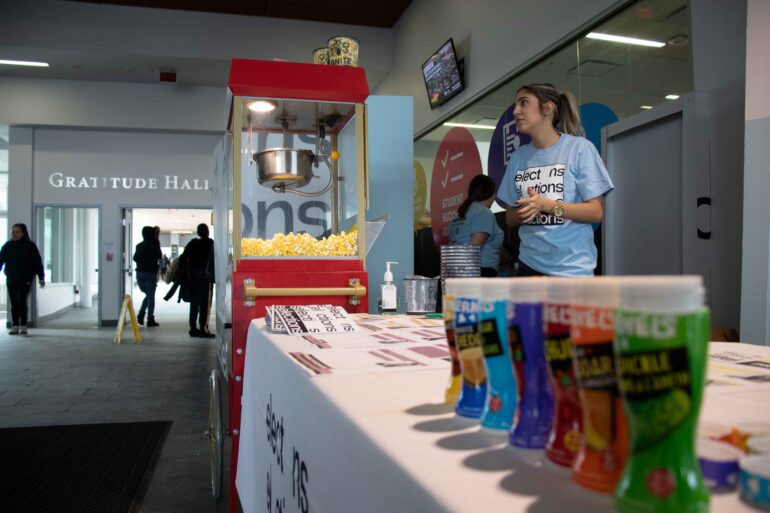 Students can fill their bucket with popcorn while they fill out their ballots in the LRC building (Justice A. T. McCormack)

Monica Khosla, one of the candidates for president, is seeking a second term. She said she is running again because she feels her work is just getting started.

“We’ve made amazing progress this year in a number of initiatives and I’d really like to help progress that even more next year, as well as bring in some new and creative perspectives that I didn’t bring in this year,” Khosla explained.

Although Khosla does not have an idea of how things will turn out, she said IGNITE will have a clearer picture in either June or July when students start making deposits for next year.

Last month the Ford government in Ontario announced major changes to OSAP funding and introduced changes that would allow students whether they want to pay for certain clubs and services.

No one knows yet how this will affect Humber and IGNITE.

“I do hope that many students do decide to stay opted in, so that a lot of our services won’t get affected but that is something that will be looked at down the line,” Khosla said.

Khosla said she wants additional accessibility options for the students.

She said if she is re-elected she plans to maintain an open line of communication with the students that she developed during her current reign.

Khosla is not the only one bidding for a position in the student government.

Humber News reached out to many of the candidates but received no responses back, including Khosla’s rival candidate, Margarita Bader, a member of IGNITE’s board of directors at the Lakeshore campus.

Services Coordinator of IGNITE, Kimberly Daniels said candidates should be available to the media for comment during an election, but “some of them were not comfortable giving out their emails to be contacted.”

Second-year student in General Arts and Science, Jason Hyatt is running to be Vice President for IGNITE.

One of the changes Hyatt wants to see is how information is distributed to students.

“I’ll have to speak to a lot of people face to face, treat them like people so they know that they matter, and I want to get that information out there to them by doing that,” said Hyatt.

Hyatt said he wants to also make more vegan food options because many of his friends struggle to purchase food on campus. If elected, he plans to expand the food options for students who have different diets.

First-year student in Hospitality and Hotel Management, Shawayne Dunstan said being transparent and in touch with the students will be his strong point.

“Once I get elected, I want to bring greater awareness to IGNITE because students hear about IGNITE here and there, but do not understand what IGNITE brings for them,” Dunstan said.

He also said he has the energy and leadership skills needed for the job. Dunstan believes that more workshops are needed for students with mental illness.

In light of the student administration financial scandal at Ryerson University, Dunstan said that accountability is the key to making sure problems do not happen here at Humber.

“If we don’t have goals as to how we would bring about change for the students then it’s more likely that a few members are going to want to become selfish with their intentions,” he said.

A before and after shot of the IGNITE candidate webpage with contact information first missing and then provided. (Terrence Bishundayal)