Children under the age of 12 will be able to ride GO Transit for free beginning on March. 9th.

As of March 9th, Kids can ride free on @GOtransit. During March break and all year-round, Ontario has tons of activities, festivals, museums & parks to help the entire family learn, stay active and enjoy nature. @Metrolinx #onpoli pic.twitter.com/UTQBmitOc4

Verster said at the news conference that they plan to add 12 new fare inspectors to avoid the fare evasion problem happening with Presto cards, with adults using children’s’ cards.

It will be up to the fare inspectors to judge whether or not a child riding appears to be 12 or under.

“Each railway looks after its own fare evasion practices because it controls its access through its own network. You would have noticed that the Presto contribution to fare evasion was a very small percentage of a bigger issue,” said Verster. 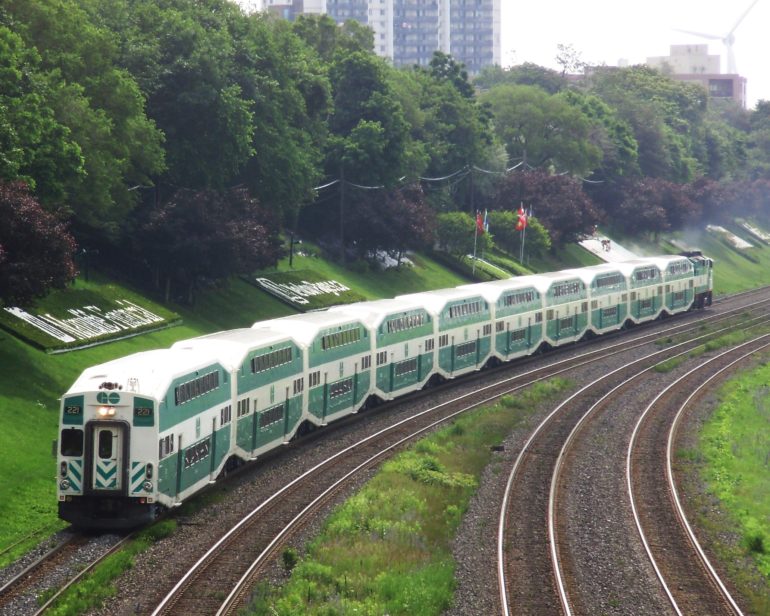 Yurek and Verster were asked how this change will affect parking at GO Stations due to the increase in the volume of families.

They then announced plans to create an extra 20,000 parking spaces on top of the 77,000 that currently exist at GO Stations.

Metrolinx also plans to organize a “super duper” discount with ride-hailing services to drastically decrease the price of rides going to and from any GO Station.

The announcement was made at Ripley’s Aquarium due to the discounts they offer to Presto card owners and because the family-friendly environment well represents the new changes being made.

Another perk offered to Presto cardholders are discounts at many different tourist attractions around Toronto including the ROM, the AGO and Hockey Hall of Fame.