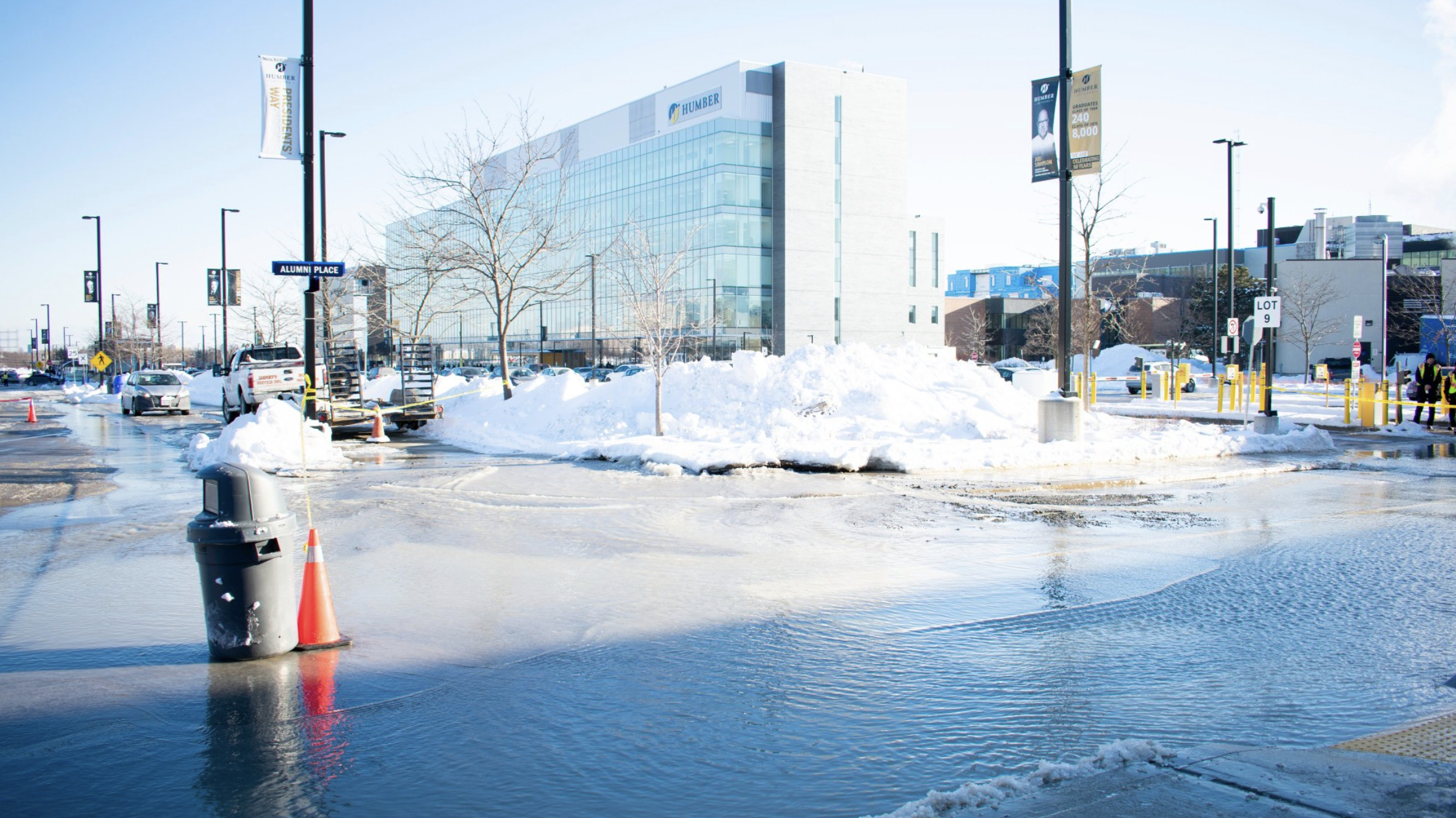 Humber College may have some answers for students who are annoyed about Humber’s school closure policies.

The winter weather has been unpredictable with temperature swings from -37  Celsius to +12 in a matter of days, which has led to unexpected school closures. A snowstorm followed by freezing rain on separate days closed the school on Wednesday, but students were notified late in the morning after many were already on campus.

“So, we get to school and within an hour and a half, I get an email from my prof saying that class is cancelled,” said Kendra Richards, a Child and Youth Care student. “I just think it’s really annoying because I don’t see the point in keeping the school open when you’re just going to close it at 12:30 p.m.”

PLEASE TELL ME WHY YOU WOULD DECIDEE TO CLOSE SCHOOL AT 1230!!!! YALL KNEW THE WEATHER WAS GOING TO GET WORSE. I TRAVELLED AN HOUR AN A HALF FOR THIS 8AM. FOR YOU TO CLOSE IT At 1230. LEARN FROM OTHER COLLEGES THAT CLOSED FROM THE GET GO JADNDHSBHSJS IM PISSEDDDDD pic.twitter.com/vFnVoMX3ns

Richards claimed other colleges have been informing their students about closures much earlier than Humber, which has led to students being even more upset about their long commutes.

“If professors who also have to commute think it’s unsafe, then I think they can take some responsibility to cancel their own classes and choose to post a Powerpoint on Blackboard or combine two lessons into one if need be,” said Richards. “They should take the responsibility and take that role as a leader in our education and our lives to make certain decisions in weather conditions when the Humber administration doesn’t take us into consideration.”

After the college posted the announcements of the closures on Twitter, students were not shy in saying how they felt.

This is ridiculous. How many times are we gonna risk our lives for class?

In the past two weeks, Humber College has shut down its campuses three times. Two of those times have been due to severe weather conditions. The other was for a water main break.

Humber tweeted at 4:44 a.m. Wednesday that the school would be open as usual and it took several hours to reverse the decision.

Humber is currently open as scheduled. Please use caution and allow yourself extra time if you choose to campus. Any updates will be shared here and at https://t.co/TMWOg8lyvi.

A reminder that all Humber campuses and Guelph-Humber are closing today at 12:30 p.m. The Business Awards event, meetings and any other activities hosted on Humber campuses are also cancelled today. Please check with event organizers for any updates.

Humber’s Director of Public Safety, Rob Kilfoyle, told Humber News that there isn’t a set criteria for shutting down the school due to weather conditions. The administration makes sure to check what other post-secondary institutions are doing, what the OPP recommend, what the TTC is saying and what the road conditions are near the Humber campuses.

Kilfoyle said the administration tries to make its decision for early classes by 5:30 a.m. every day and they usually revisit the matter by 3:30 p.m. for afternoon classes, which explains the school’s closure at 6:00 p.m. last Tuesday.

A number of administration members make recommendations to Laurie Rancourt, Senior Vice President of Academics, who then makes the final decision.

“There are 31,000 people here and it’s hard to please all of them, but we really try to do what’s best for everyone,” said Kilfoyle, an admin team member who helps make the decision on school closures. “Safety is always the overriding factor, so we just go from there.”

“Humber is a great school full of inclusivity, and there are so many outlets that help and give assistance to students. I just feel there are certain things that need to be worked on in reference to school closures and I think they should be listening to students and giving them more of a voice,” said Kendra Richards.