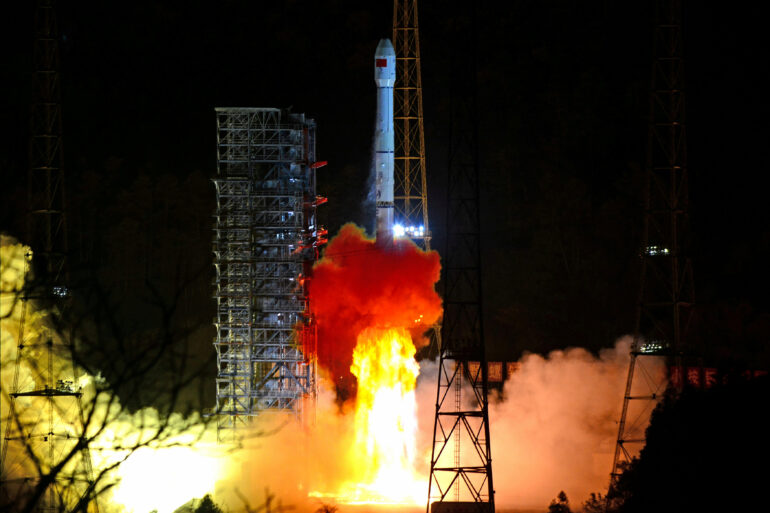 Cotton seeds transported to the moon by a Chinese probe successfully sprouted after a remote command gave the instructions to provide water to the plants on Jan. 15.

It’s a scientific milestone marking the first time biological matter from earth had ever sprouted on the moon, the Chinese National Space Administration (CNSA) said.

The cotton sprout died within two days, unable to survive the night-time temperatures of the dark side of the moon, which can reach as low as -173 C and lasts for 14 days, the CNSA statement said.

The CNSA announced the biological experiment was brought to the moon by the Chang’e-4 lunar probe, which touched down on the dark side of the moon on Jan. 3 following a Dec. 8 launch from the Xichang Satellite Launch Center in Sichuan, China. 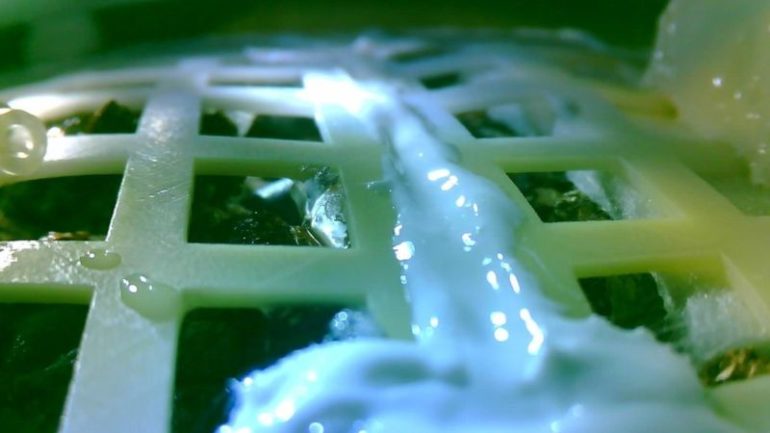 A tiny cotton sprout growing in a cylinder on the Chinese Chang’e-4 probe on Jan. 15, 2019, the first time humanity had ever grown a plant on the surface of the moon. (China’s Lunar Exploration Program)

Li Fei, of the Institute of Spacecraft System Engineering in Beijing, said the Chang’e-4 probe’s landing site was the South Pole-Aitken basin, an area on the far side of the moon chosen to have a good chance for a soft landing and be an “ideal observation site” for low-frequency radio.

The far side of the moon is the best place for observing cosmic radio waves because the moon shields the instrument from all the waves originating from earth, Fei said.

The probe also carried a lunar rover to explore the material composition of the lunar crust on the dark side of the moon, Fei said.

Professor Xie Gengxin of Chongqing University, who designed the experiment, said the probe brought to the moon a cylinder containing seeds of cotton, rapeseed, potato, and rockcress as well as fruit fly larva and yeast, to simulate a microbiome, a small enclosed environment.

The aluminum cylinder canister was around 20 cm tall with a diameter of around 17 cm and weighed 2.6 kg, he said.

His goal in choosing the species for the experiment was to provide a balanced environment. Rockcress sprouts quickly and is easy to observe, potatoes could be used as food for future space travelers, while the yeast regulates carbon dioxide and oxygen and the fruit fly breathes in the oxygen the plants produce, he said.

Chinese scientists had grown rockcress and rice in low-earth orbit before, on the Tiangong-2 space lab, the CNSA statement said.

But attempting to grow plants on the moon presented a new set of challenges.

“We had no such experience before,” Xie said. “And we could not simulate the lunar environment, such as microgravity and cosmic radiation, on Earth.”

The CNSA has now shut down all experiments on the Chang’e-4 probe, labeling the venture a “complete success.”