ASMR: a community of people united on a journey of relaxation 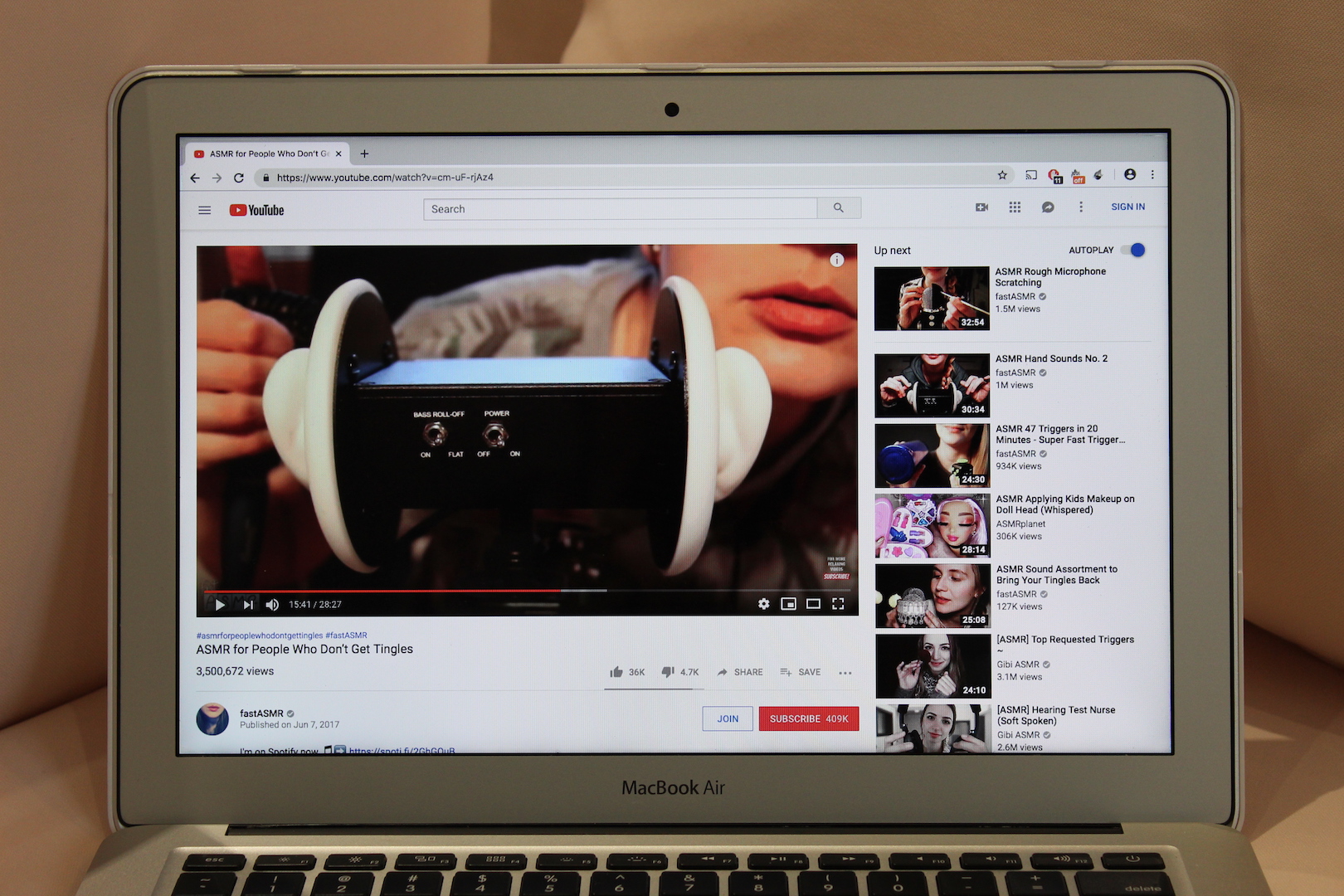 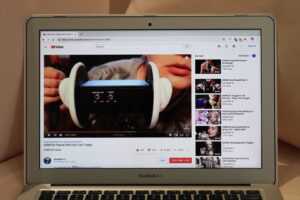 The most viewed video by fastASMR was posted on YouTube on June 7, 2017, and has more than 3.5 million views and 7,500 comments. (Stefanie Ucci)

Despite the growing acceptance of ASMR videos over the past decade it still remains a questionable and confusing phenomenon for people unfamiliar with it.

Last month, Ellen DeGeneres addressed ASMR on her talk show but her review was perceived as mocking and degrading by the ASMR community. The segment was posted on DeGeneres’ YouTube channel and the video currently has more dislikes than likes.

ASMR University is a website run by Dr. Craig Richard, a researcher and educator who devotes his time to studying the phenomenon.

According to the website, ASMR stands for Autonomous Sensory Meridian Response. This is described as deep relaxation and for some, feeling tingles running through the back of the head.

Richard indicated that ASMR videos are created by “ASMrtists” and are used to relieve stress and induce sleep. He categorized the stimuli into intentional and unintentional ASMR.

Intentional ASMR is created by purposely using stimuli to create feelings of calmness, Richard said. These stimuli are called “triggers” and include whispering, scratching, tapping, and more.

According to Richard, unintentional ASMR is caused accidentally by any individual, and he cites hairdressers, teachers, and even artist Bob Ross videos as examples.

ASMR has been stigmatized as a sexual phenomenon, and although there are creators who choose to sexualize their content, it’s main purpose is relaxation and relief.

However, there is a steadily growing community of dedicated ASMR viewers on YouTube who leave positive and encouraging comments. It is gender neutral and is created and enjoyed by people of all backgrounds.

Popular creators include ASMR Darling, with more than two million subscribers, and Gentle Whispering ASMR, who has more than 1.5 million viewers and was featured in DeGeneres’ video.

Lilliana Dee, 24, an ASMRtist from Pennsylvania and has been making YouTube videos since 2013, is known as Lily Whispers ASMR.

Dee has posted more than 500 ASMR videos and has a following of in excess of 250,000 loyal viewers.

She said she recognized the ASMR community was a wonderful group of people, even in its early stages when she joined six years ago.

“Everyone is so kind, open, and supportive of one another,” Dee said. “In other communities, people tend to be more ‘competitive’ but the ASMR community is not like that.”

A common theme among ASMR viewers is its ability to induce sleep, relaxation, and in easing anxious minds.

Dee said she constantly gets comments on her videos from people expressing gratitude for her work, especially that it helps them sleep.

Her most watched video has more than 1.2 million views and is a role play, a very common ASMR trigger.

“My favourite comments to get are when people tell me they feel like they’re watching a friend, because that’s what I strive for,” Dee said.

Many ASMRtists have joined the YouTube community full time and earn a living off of sponsored videos and advertising revenue. Dee said YouTube is not her main job but is a hobby she greatly enjoys.

“I hope my channel acts as an example of what a better world could be like, a safe haven among the hustle and bustle,” Dee said. 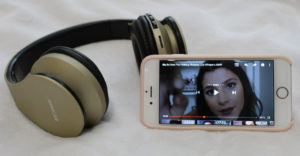 ASMRtists come from all over the world and each creator puts a personal touch on their content.

FastASMR, a German ASMRtist who has not shared her real name on the internet, has been part of the ASMR community since 2011.

She has more than 500 videos and 409,000 subscribers and her viewership is constantly growing.

FastASMR said her channel is named after the type of ASMR she posts. Her videos are unique because they are fast-paced, while most ASMR videos involve slow audio and visual stimuli.

“I had known the feeling of ASMR my entire life but I had no idea there were videos entirely dedicated to that feeling,” fastASMR said.

She said after watching for a few weeks, she decided to join the community of ASMRtists and make her own channel.

Her most viewed video has 3.5 million views and is called ASMR for people who don’t get tingles. She also has 19 videos with more than one million views, signifying a large viewership.

FastASMR said most of the comments she receives are from viewers who struggle with anxiety and insomnia.

“A lot of people also seem to use my ASMR videos to cure their headaches, a bad mood, or when they’re in a state of depression,” she said.

ASMR is becoming increasingly popular in a society where many people are battling anxiety, depression, and other mental health issues.

“The ASMR community is very concerned with mental health and there is no stigma surrounding it,” fastASMR said. “Everyone is struggling with one problem or another and receives a lot of support from ASMRtists and viewers.”

The bond between creators and viewers remains strong despite minimal media coverage of ASMR.

“We come together from all over the world — different cultures, languages, backgrounds, personal stories—but are all looking for the same thing: relaxation, sleep aid, and tingles,” fastASMR said.