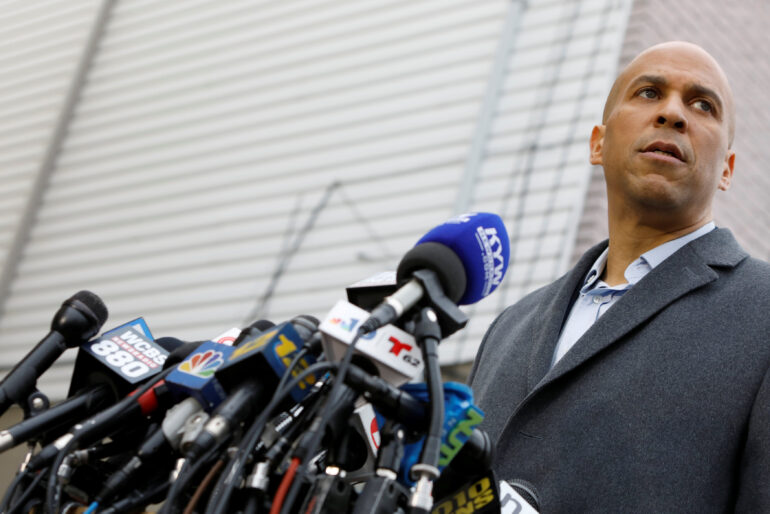 Sen. Cory Booker speaks to the media outside his home after announcing he will run for president in Newark, N.J., on Feb. 1 (REUTERS/Andrew Kelly)

New Jersey Sen. Cory Booker announced his candidacy for president on Friday in Newark, N.J., joining the ever-growing field of Democrats vying to take down President Donald Trump next year.

The 49-year-old will compete against Senators Kamala Harris of California, Elizabeth Warren of Massachusetts and Kirsten Gillibrand of New York in what is becoming a crowded primary race that won’t see the first vote cast until next February. 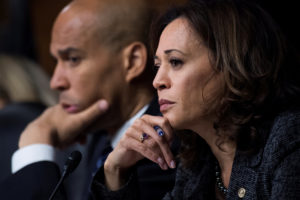 “It’s early but not crazy early,” Daniel Levine, a retired professor at the University of Michigan, said.

The election cycle has become more drawn out due to the mounting costs needed to finance a presidential campaign, he said.

Candidates use the extended lead up to gauge support, build coalitions and ultimately, fundraise, Levine said.

Booker and his colleagues from the Senate will also run against South Bend, Ind., Mayor Pete Buttigieg, former Secretary of Housing and Urban Development Julian Castro, and Tulsi Gabbard and John Delaney from the House of Representatives.

With a year to go until the Iowa caucus, expect even more campaign launches, Levine said.

Joe Biden and Bernie Sanders are both eyeing a run, but the momentum may well be with younger contenders, he said.

“I think it’s time for a generational change in candidates,” Levine said, adding he wouldn’t want to see someone his own age run.

Opinion polls, however, suggest that Biden, 76, is still the odds-on-favourite.

In a Morning Consult survey conducted Feb. 1 and Feb 2., 29 per cent of respondents indicated they would vote for the former vice president if an election were held between those dates.

Sanders polled at 16 per cent while support for Harris increased to 14 per cent from 10 per cent, the survey suggested.

The survey questioned 1,993 registered voters across the U.S. and has a margin of error of plus or minus two percentage points, Morning Consult said.

Of the candidates who have already declared their candidacy, the California senator is the preferred choice among Democratic voters, the survey indicated. 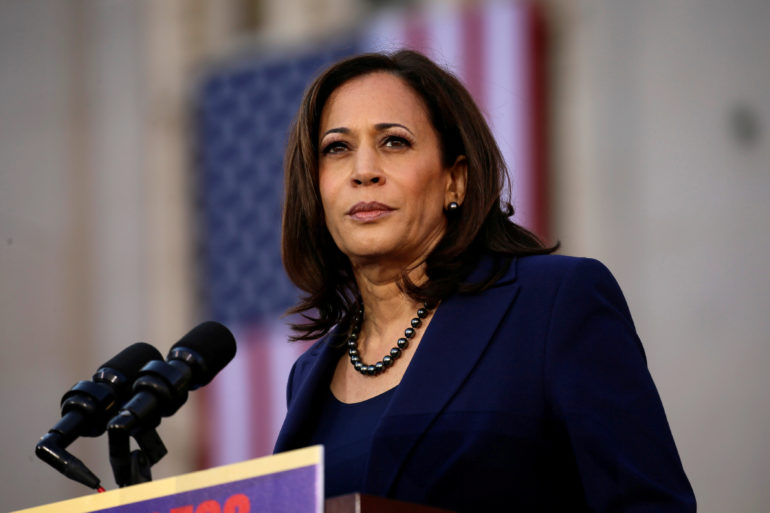 U.S. Sen. Kamala Harris launches her campaign for President of the United States at a rally at Frank H. Ogawa Plaza in her hometown of Oakland, Calif., Jan. 27. (REUTERS/Elijah Nouvelage)

Harris is one of four women currently running, but this doesn’t mean the race will take a more civil tone, professor Melissa Haussman warned.

“These are national politicians who know how to fight for their own careers and for votes,” the Carleton University political science professor said.

One development that will affect the race is the reshuffling of primary dates on the 2020 election calendar, Haussman said.

Both Texas and California have been moved up in the schedule, a decision made by the Democratic National Convention in August 2018, Haussman said.

The purpose is to try and determine an early frontrunner in a large and contentious field, she said.

Democratic candidates must embrace a campaign based on rectifying issues like income inequality and the regulation of capital, he said. 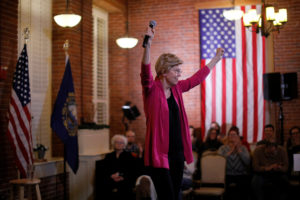 “These are unifying issues that bring 90 per cent of the population together, regardless of race, ethnicity, gender or sexual orientation,” Berman said.

The overwhelming support for raising taxes on the wealthiest Americans supports the notion this will be a race of progressives.

According to the same Morning Consult poll, 76 per cent of voters want tax increases on the super-rich.

Warren’s plan, to increase taxes on individuals worth more than $50 million, is supported by 61 per cent of respondents, the survey suggested.

Progressive bona fides, however, will not be enough to win the presidency, Levine said.

Democrats must be able to deliver a message to all Americans and bridge the partisan divide in the United States, Levine said.

“Personally, I think the critical point is to get rid of Trump, rather than have a pure candidate,” he said.