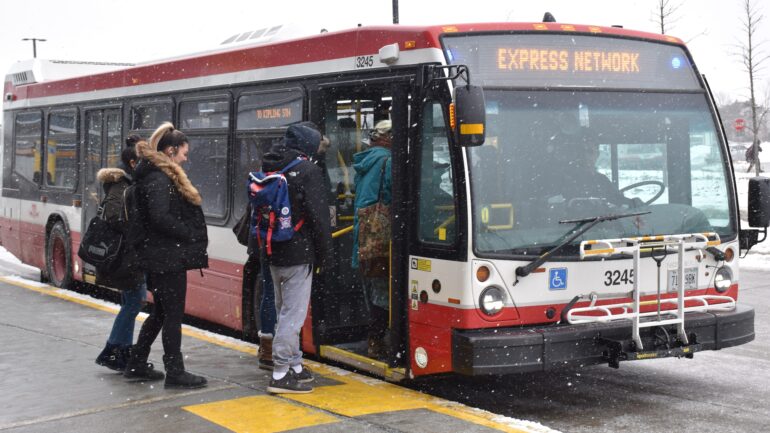 Passengers board a TTC’s Kipling Red Rocket at Humber College bus terminal to the Kipling subway station on Jan. 21. It will cost a bit more to ride the bus starting April 1. (Alan Jose)

The Toronto Transit Commission has decided to increase fares by 10 cents in 2019.

The TTC Board unanimously endorsed the 2019 working budget, which incorporates a 10 cent fare hike for PRESTO clients effective April 1. 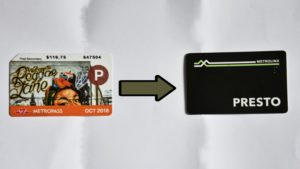 The hike will be implemented in all cases except for adults cash fares, which would remain at $3.25.

The city’s transit system switched over to PRESTO after discontinuing the monthly Metropass on Dec. 31 last year. TTC Monthly Passes are only available on PRESTO, TTC spokesperson Kadeem Griffiths said.

PRESTO can be used on all TTC streetcars, buses, including Wheel-Trans and accessible taxis and at every subway station entrance, Griffiths said.

The only difference between a TTC monthly pass on PRESTO and a Metropass is the PRESTO card needs to be tapped on a card reader instead of showing it to the driver or any other TTC staff, he said.

The PRESTO system should be more convenient and easy for passengers because it can be used on other transits too, Griffiths said.

According to the TTC’s official website, the last day to use the Metropass was Dec. 31, and they will stop selling tickets and tokens in the middle of 2019 and stop accepting them by this year. 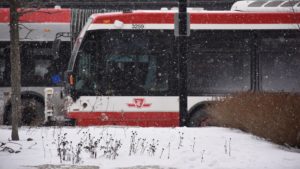 The service delays at subways are the real problem for the employees. Heavy snowfall and Line 2 extension might be the reasons for the service delays, a regular TTC rider Sam Drake said.

“Increases in TTC fares may be a big problem for students who are struggling financially,” TTC passenger Issac John said.

If the TTC continues to increase fares, students will be paying roughly $3 for one ride on the subway by 2022, John said.

The Metropass is available to purchase on PRESTO and it costs $146.25 for adults and $116.75 for seniors and students and it provides limitless travel on TTC per month, however, children aged below 12 years can travel for free in TTC, Griffiths said.

There is a 12-month pass that costs $134 for adults and $107 for seniors and youth. It requires a 12-month commitment and provides unlimited travel on the TTC each month, he said.

The Post-Secondary Monthly Pass costs $116.75 and provides unlimited travel on the TTC per month.