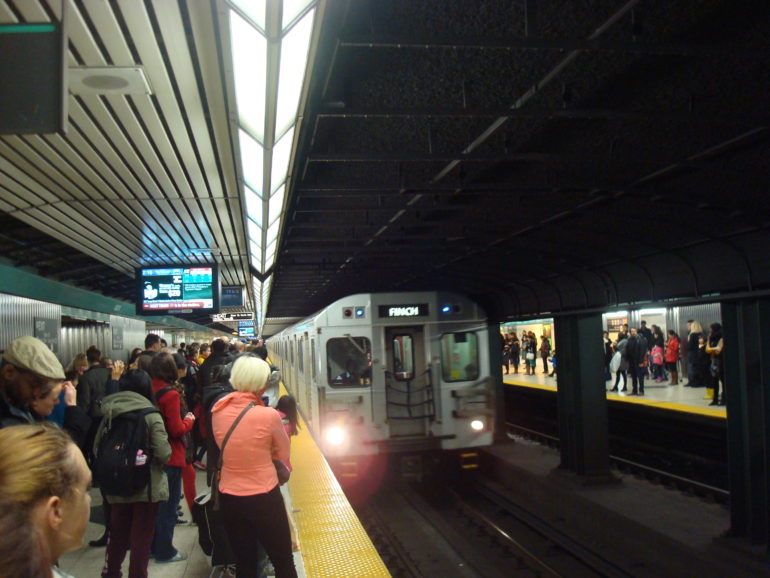 Commuters wait for the train at a TTC station. (Wikimedia Commons)

The transit stakeholder group TTC Riders are planning to canvass subway stations this weekend to raise awareness about the provincial government’s plan to upload the Toronto subways.

The upload plan would change ownership of the subway system from the city to the provincial government. The province would take control of future additions to the subway, including routes and stations.

Daniel Tseghay, an organizer for TTC Riders ‘Don’t steal our subway’ campaign, said that the lack of details regarding upload is a cause for concern.

“We don’t know what the terms would be,” Tseghay said. “We believe that [Doug Ford] him doing so will lead to worse service, likely higher fares and most importantly delays in construction of important lines.

Tseghay said that they will be focusing on stations located in Conservative-controlled ridings.

“There are 11 PC MPPs in Toronto, so we are especially focused on them and sending a message to them,” said Tseghay.

He said theoretically TTC Riders is open to changing its stance on the subway upload, depending on the details of the province’s plan.

“If they suddenly came up with some plans that were very good for riders, of course, why wouldn’t we support it,” Tseghay said. “But at the moment we are very suspicious  and currently we do not believe that this plan will lead to better service.”

He said the TTC needs more funding, not a provincial takeover.

“The TTC is the least funded transit system in North America. A lot of other transit systems in comparable cities get a much higher percentage of their funding comes from higher levels of government,” said Tseghay

Jeff Yurek, the Ontario Transportation Minister, told reporters earlier this month that although no timeline is set for the plan, talks with the Toronto Transit Commission has begun. Yurek also said the subway upload will benefit all of Ontario .

Andrew Buttigieg, press secretary for the Ministry of Transportation, said the government appointed a special advisor, Michael Lindsay, to determine the best way to hand responsibility for subway infrastructure to the province.

“While we believe the province can build subway lines faster, we are sitting down in good faith with city officials to discuss the best approach for the upload. It would be premature to presume the outcome of those discussions, which began earlier this month,” Yurek said.

Yurek said that the province is uniquely able to achieve an integrated transit plan across the Greater Toronto-Hamilton area.

“The provincial government and Metrolinx have been interested for a long time in introducing fare-by-speed and fare-by-distance on the TTC. If they upload the subway this will give them the opportunity,” she said.

Bell said if the government wants better integration of its transit systems, breaking up the TTC makes no sense.

“We think that the TTC and subway should stay in Toronto’s hands and any decision made about Toronto transit should be made by the city of Toronto,” said Bell. “I fear that their intentions for taking the subway from Toronto is to allow developers to decide where and when subway stations will be built and in which order.”

“That’s why they are doing it — to benefit Premier Ford’s wealthy developer friends.”