Toronto’s volume is too high 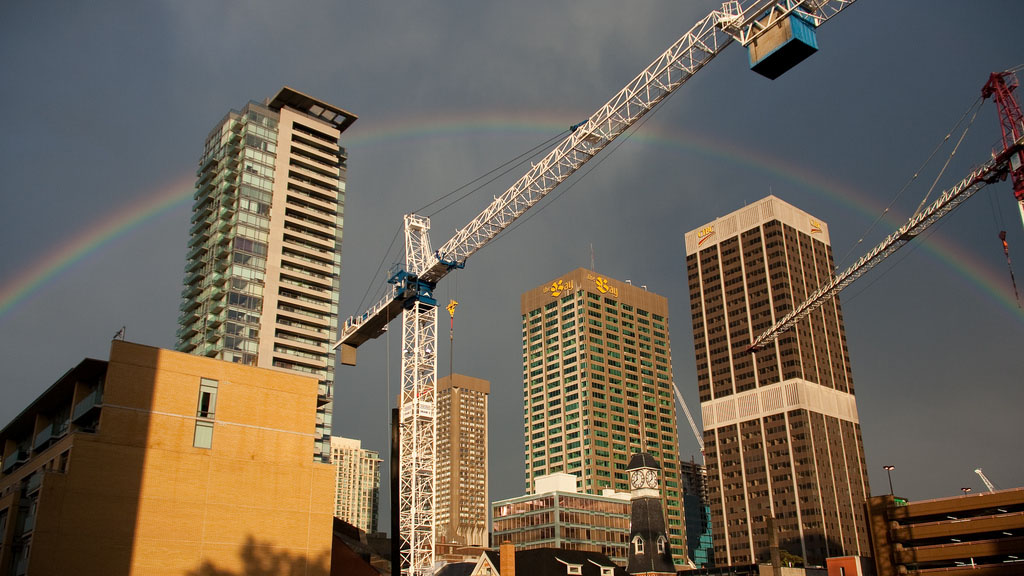 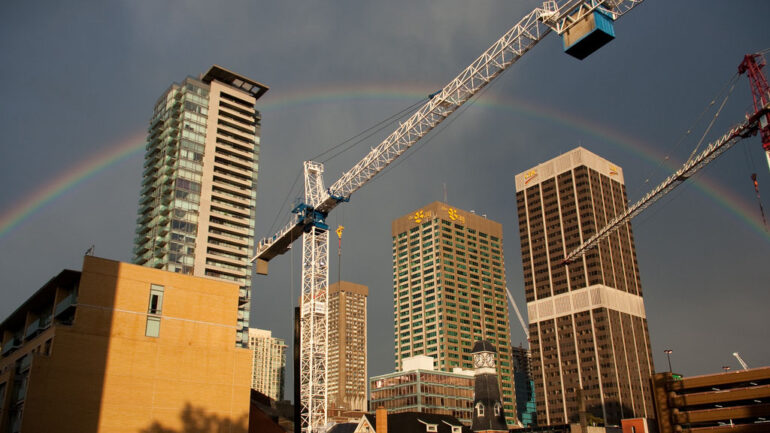 Toronto’s ears are open to hearing your feedback about noise.

Today is the first of five consultation meetings for the public to give their feedback to the city about any concern they have with noise in their communities.

Each of the five sessions will be from 6-8 p.m. focused on specific areas of Toronto’s noise bylaw.

Rod Jones, director of bylaw enforcement, said a lot will be taken from the feedback and it is important to find out what the city’s constituents want.

“It’s something that impacts everybody to different degrees.”

It is unlikely for a city with more than 2.9 million people to stay quiet.

There are traffic and construction noise at all times during the day and night, which is a part of living in a big city. 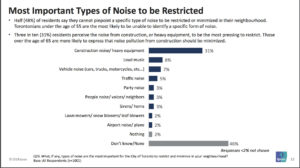 Toronto Noise Coalition spokesperson Cathie Macdonald said there are many measures the city can take to mitigate these sources of noise.

“There are quiet machines out there on the market, so the city should be pushing for quieter equipment.”

Torontonians deemed construction noise to be the most bothersome sound in the city based on an Ipsos Reid Poll.

“What we want to do is work with the construction industry to mitigate noise where they can do what they can mitigate it so they have a plan in place to make sure that noise is not transmitting directly to neighbors. They tried their best through construction methods to minimize the noise. And then again, we need appropriate levels so they know how loud they can be and how loud they can’t.” Carleton Grant, Director of Policy & Strategic Support for Municipal Licensing & Standards said.

According to Ipsos and Municipal licensing and Standards Noise By-Law Research, 36 per cent of residents believe that Toronto needs to do more to limit noise as there are negative health risks.

“The most important thing about the noise bylaw is to protect the health of citizens.” Cathie Macdonald said.

Exposure to certain noise sources impacts stress levels and can be linked to diseases of the heart.

Some parts of the new bylaw will include changes to the decibel restriction limit in Toronto.

Carleton Grant said his team will work with acoustical engineers to determine what the new decibel limit should be and what works best for the residents.

Rod Jones said the bylaw can be improved by introducing objective levels rather than subjective.

“Noise level that can be measured kind of like drinking and driving that there was a set level of blood alcohol that we’re not allowed to have and we drive a car. So this is how loud it can be in a certain area the city or a certain time with certain equipment, and if it’s if it’s louder than that then that is an offense.”