Shelter animals get a second chance in California 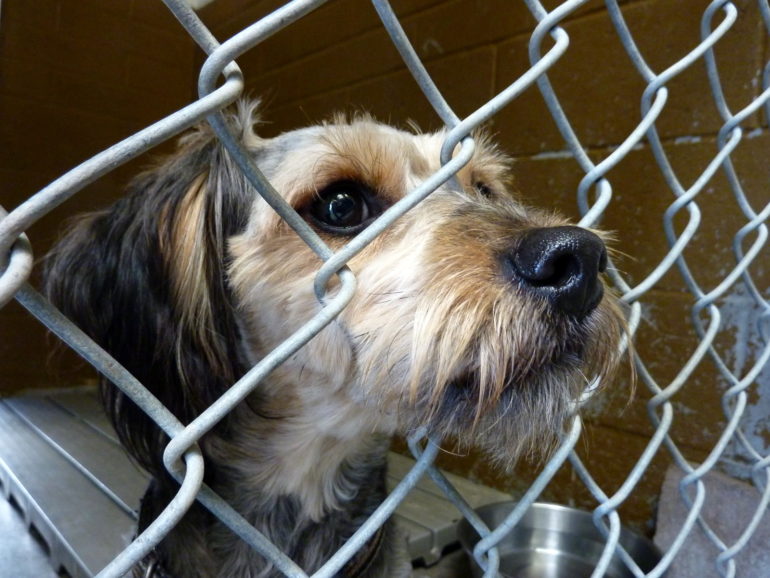 “Traditionally we have walked into the malls or the pet stores and seen the cute little puppies there, and really haven’t been fully aware of where they’re coming from,” said Susan Riggs, an official with the American Society for the Prevention of Cruelty to Animals.

The law, which went into effect on Jan. 1, is intended to prevent store owners from procuring animals from factory farms, sometimes called puppy mills.

Conditions within these industrial style breeding facilities are horrific and that is never disclosed to the consumer, Riggs said.

These facilities “don’t provide sufficient medical care, food, water, socialization, or access to outdoors. All the things that you would like to see for a living being,” she said.

Along with removing funding from inhumane businesses, there are benefits to taxpayers.

“We have hundreds of thousands of animals that are circulating through our shelter system every year,” Riggs said. “It costs taxpayer dollars to shelter them, to feed them, to care for them.”

The law does not limit consumers to purchasing animals from shelters. The purchase of a dog, cat or rabbit from a licensed breeder is still legal.

While the Ontario Society for the Prevention of Cruelty to Animals declined to comment on this story, Canada is, in many jurisdictions, well ahead of its neighbour to the south on this issue.

A 2011 Toronto by-law dictates all pet stores must keep detailed health and chain of custody records for animals, which are to be provided to the customer upon purchase.

Also, any retailer that sells more than 10 dogs per year must source their animals from shelters or other animal rescue groups.

The bylaw hasn’t completed solved the problem in Toronto, though.

Anyone can breed animals at home and sell them over the internet to uneducated consumers, he said.

Things like vaccinations and general health checks are rarely done by those who operate off of public listing websites like Kijiji and Craigslist, Greenway said.

“Often times people will buy a cat from some person online, and then the animal will die. I’ve seen that a lot,” he said.

“Shelters are way better, you know what you’re getting and you know the animal has been taken care of,” Greenway said.