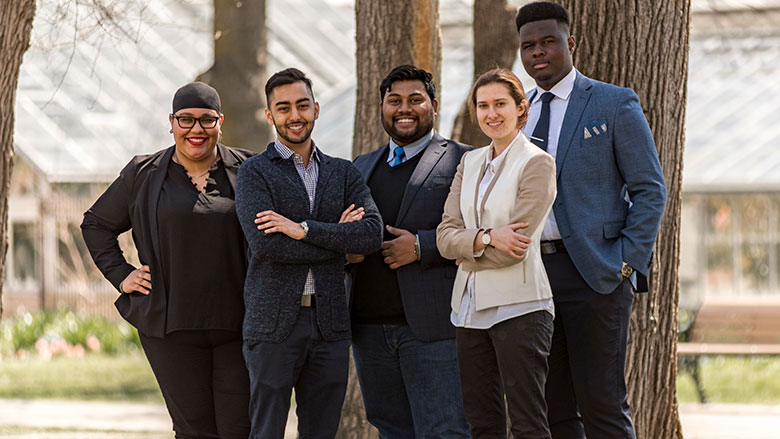 The Ryerson university student union president, Ram Ganesh, has five days to explain a $250,000 credit card statement showing questionable purchases at nightclubs and many other places.

The university issued a statement following an article in the Ryerson newspaper “The Eyeopener” reporting expenses such as $2,507.18 at a Cineplex Rec Room,  over $500 on Airbnb, and thousands of dollars on nightclubs in downtown Toronto and Mississauga. The statement shows over $10,000 was spent in the month of October alone.

“Ryerson has learned of allegations of financial mismanagement involving the administration of the Ryerson Student Union (RSU). Ryerson takes these allegations very seriously,” according to the statement issued by Ryerson University. 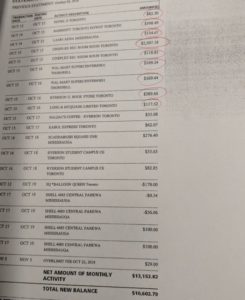 Johanna VanderMaas, Ryerson’s manager of public affairs, said the president of the university wrote to RSU executives demanding a meeting.

“Protecting the interest of Ryerson students is of primary concern to the university. Given the seriousness of these allegations, President (Mohamed) Lachemi has written to the RSU executives to request a meeting to discuss this matter.”

Matthew Graystone a third-year Ryerson student, and president of the Concert Band Association receives funding from the student union each semester. His relationship with RSU and its executives has been overwhelmingly positive, and for him this comes as a shock.

“I was so surprised to see all the purchases made, I think the spending needs to be justified,” Graystone said.

Other Ryerson students are in shock and expressing it on social media.

To all Ryerson students that are concerned about OSAP right now, not only do we have that to worry about, but low and behold, our student union spent over $250k on their fucking selves!!! Buying clothes and living the fucking life at Toronto clubs

But also, no one oversees the use of the credit card account? No Ryerson faculty member or even the other student union members? Like it’s just dumb this guy was able to use it like this over the last year. & he should totally be expected to pay it all back.

If found guilty, Greystone said the Concert Band Association is expecting consequences for the executives.

“If he’s not able to defend his spending  and the policies are being broken, he should be held accountable for his actions, he should be taken out of his position, and there should be legal action taken because you can’t get away with spending that amount of money,” Graystone said.

RSU President Ram Ganesh, and VP Savreen Gozal are now suspended until the meeting on Friday.