Published On January 24, 2019 | By darynasarhan | International 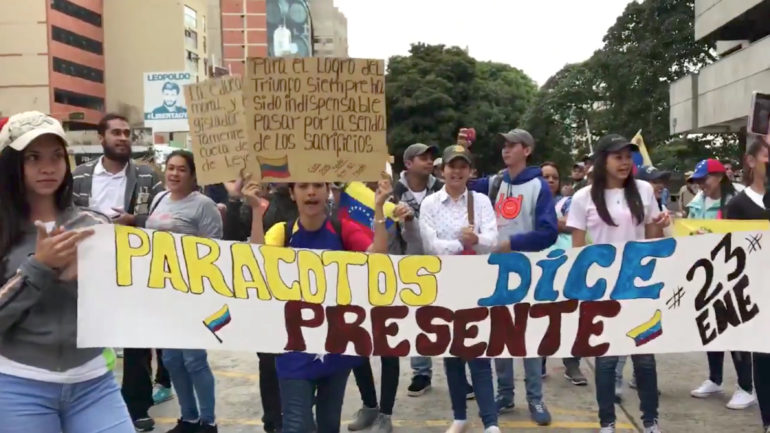 Four people have died in a massive violent protest in Venezuela after the opposition leader Juan Guaido declared himself the new interim president yesterday.

Thousands of people gathered in the streets to demand President Nicolas Maduro step down and protest against the ongoing crises, which include food shortages, hyperinflation and dictatorship. These problems helped Guaido gain popular support. He has promised to bring democracy to Venezuela, where many believe that electoral system is rigged.

Guillermo Acosta, a native of Venezuela and dean of Media Studies and  Information Technology at Humber College, said the crisis in Venezuela is multi-faceted with an incredible amount of corruption at all levels of the Maduro regime.

“His team has proven incapable of managing the resources of the country, leading to the worst economic crisis in history. The economic forecast indicates that the annual inflation rate will hit 1,000,000% this year,” said Acosta.

Acosta left Venezuela in 2001 because he didn’t like the direction that the country was taking.

“It’s almost impossible for businesses to keep their operations under such conditions. This has led to shortages in the most basic items such as food and medication,” said Acosta. “Health and nutrition levels are deteriorating at alarming speed, which has created a massive migration of Venezuelans to neighboring countries in the region. Some estimates place the number of economic refugees in 2 to 3 million people in the last 3 years.” 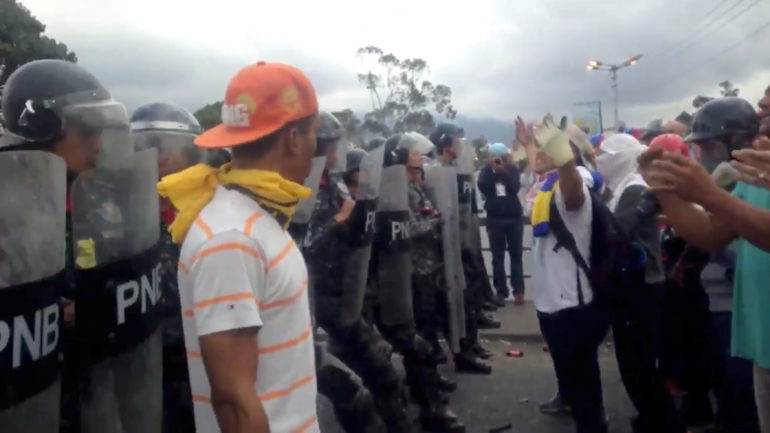 Rodrigo Diaz a Humber College student from Venezuela, said he believes that no matter which side wins, misery is inevitable.

Diaz said his parents lived in Venezuela for over 60 years, but he’s not planning to visit them any time soon.

“If I want to visit them, they will come to me, they don’t want me there and I don’t want to be there either,” he said.

Diaz said his family is trying to be optimistic, and that they support the opposition.

“I’m in favor of anything that replaces the new government, I don’t want socialism. There has to be a change,” he said. 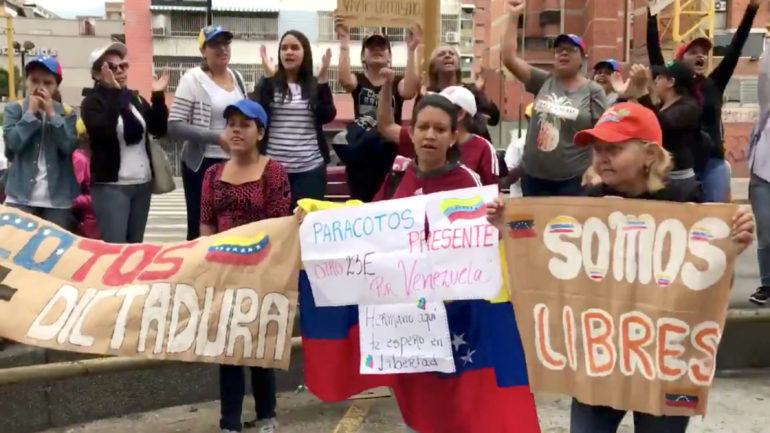 People take part in a protest in Caracas, Venezuela. The placard reads, “We are free”. (REUTERS/Amanda Sanchez)

After Maduro won the last Venezuelan election, the European Union, the U.S. and several Latin American countries declared the results unfair.
The newly self-elected interim president, Guaido vowed to have fair elections in the country.

Canada, the U.S., U.K. and some Latin American countries have officially recognized Guaido as the new president.
Russia, China and Turkey have said Maduro is still the legitimate president.

“It is impossible for us to approve of this,” said Recep Erdoğan, the president of Turkey. “I believe that Maduro will overcome this troublesome period as he walks this path together with those who believe in him.”

The United States has cut ties with Venezuela’s old government and is also pushing for a democratic change.

“We will stand with the people of Venezuela until they reclaim their freedom and democracy,” said U.S. vice president Mike Pence. “Nicolas Maduro was a dictator with no legitimate claim to power.”