Oscars 2019: Some nominees are diversity driven 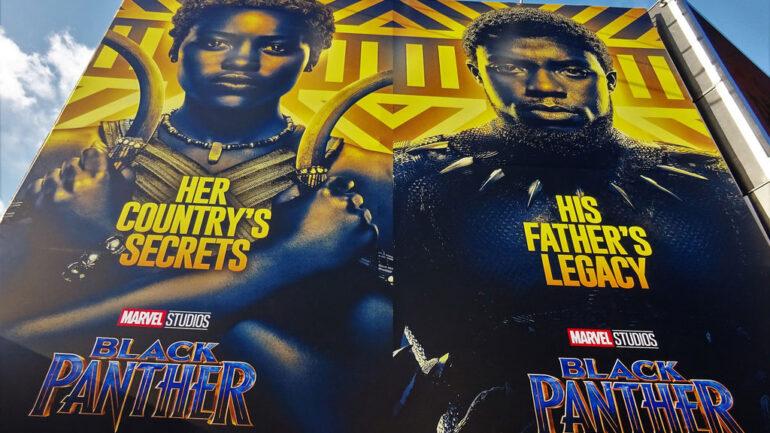 Black Panther is one of the big films being nominated for “Best Picture” at the Oscars 2019. (Courtesy David Holt on flickr)

The Oscar nominations were released Tuesday. Black Panther, BlacKkKlansman, and Roma have each made the shortlist for Best Picture, shining the spotlight on themes like racial identity and inclusion.

Andrew Stevenson, Co-Ordinator for the Film and Television Production program at Humber College, says that the Hollywood industry has struggled with representing minority groups.

“Hollywood has been grappling with the issue of lack of representation of certain groups: people of colour; definitely female directors; female-driven stories,” said Stevenson. “Those represent a very small proportion of the movies that get made.”

However, the trend toward more-racialized representation in film continues to grow.

Stevenson also says that having two Best Picture nominees both directed by people of colour is a significant milestone.

Similarly, another professor at Humber agrees.

Eric Cator, another Program Co-ordinator for the Film and Television Production program says that a trend toward more diversity in the Hollywood film industry is continuing to improve.

“I think we’re seeing improvement in that direction. As we see it diversified to a degree, that’s a long way to go,” Cator says.

In fact, Cator says that films such as Black Panther, BlacKkKlansman, and Roma help to expose him to the perspectives of different people.

Not a minority himself, Cator says that he enjoys hearing about the lives of others through the lens of film.

“I always think you hear those stories and try to understand what other people’s lives are like.”

Similarly, Stevenson also says that film nominations like Black Panther and BlacKkKlansman will draw attention to the film accomplishments of people of color.

“The discrepancy between the level of artistic achievement versus the recognition has been something they’ve been trying to draw attention to for a long time,” Stevenson says.

“I think, to a certain extent, this will be seen as some vindication of what people have been saying, which is – there’s great work being done.”

He also adds that this community has some of the most talented directors, actors, writers, and producers and that it’s time for them to get the recognition that they deserve.

However, the cast and crews of different films aren’t the only ones in the industry feeling marginalized.

Roma is a film from Mexico produced by and for Netflix. Directed by Alfonso Cuarón, the production is facing criticism from more “orthodox” talent.

Stevenson says that Roma is an example of a film that has chosen not to follow that “orthodox” path.

Roma is the first Netflix film to get nominated for Best Picture.