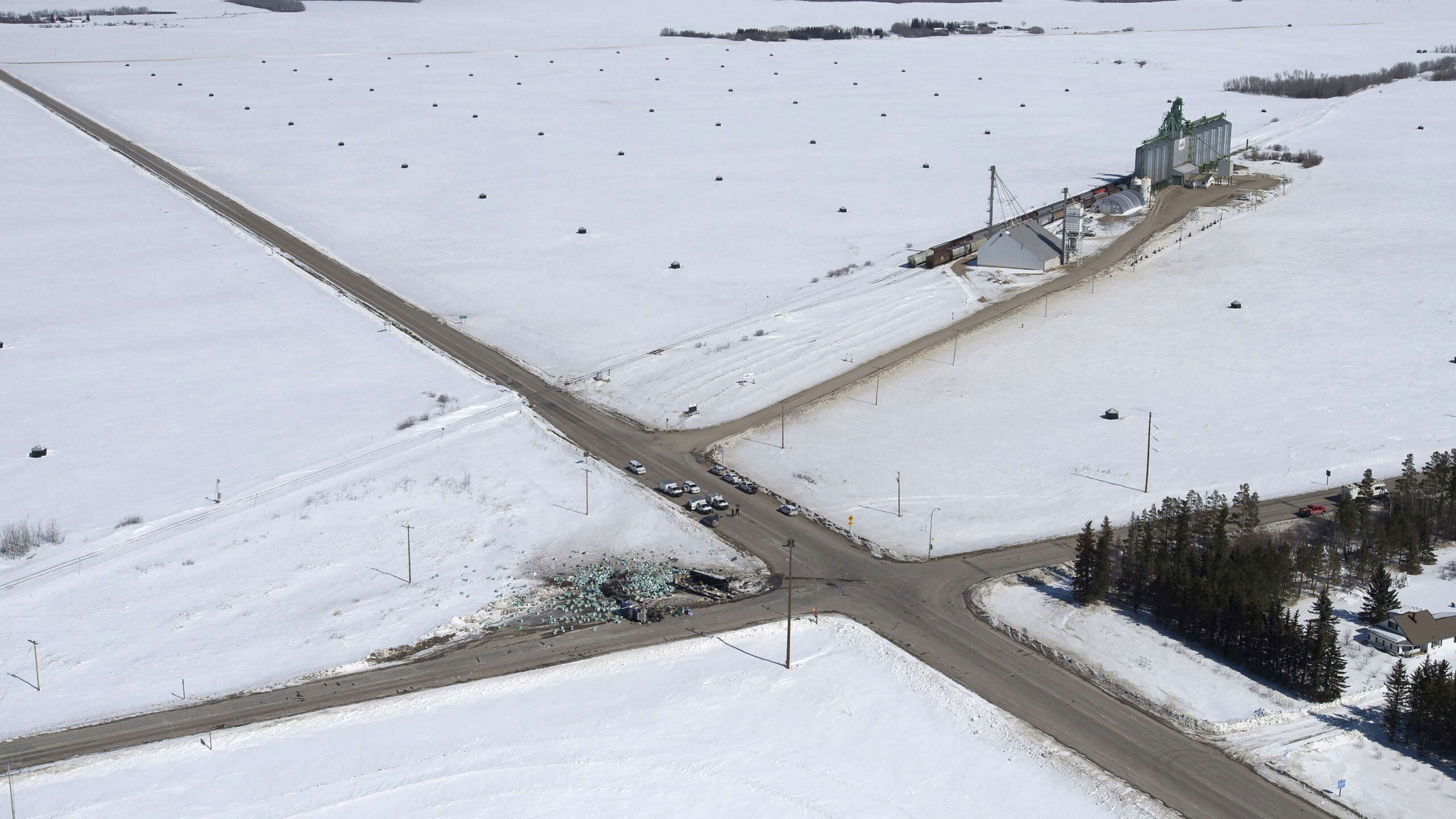 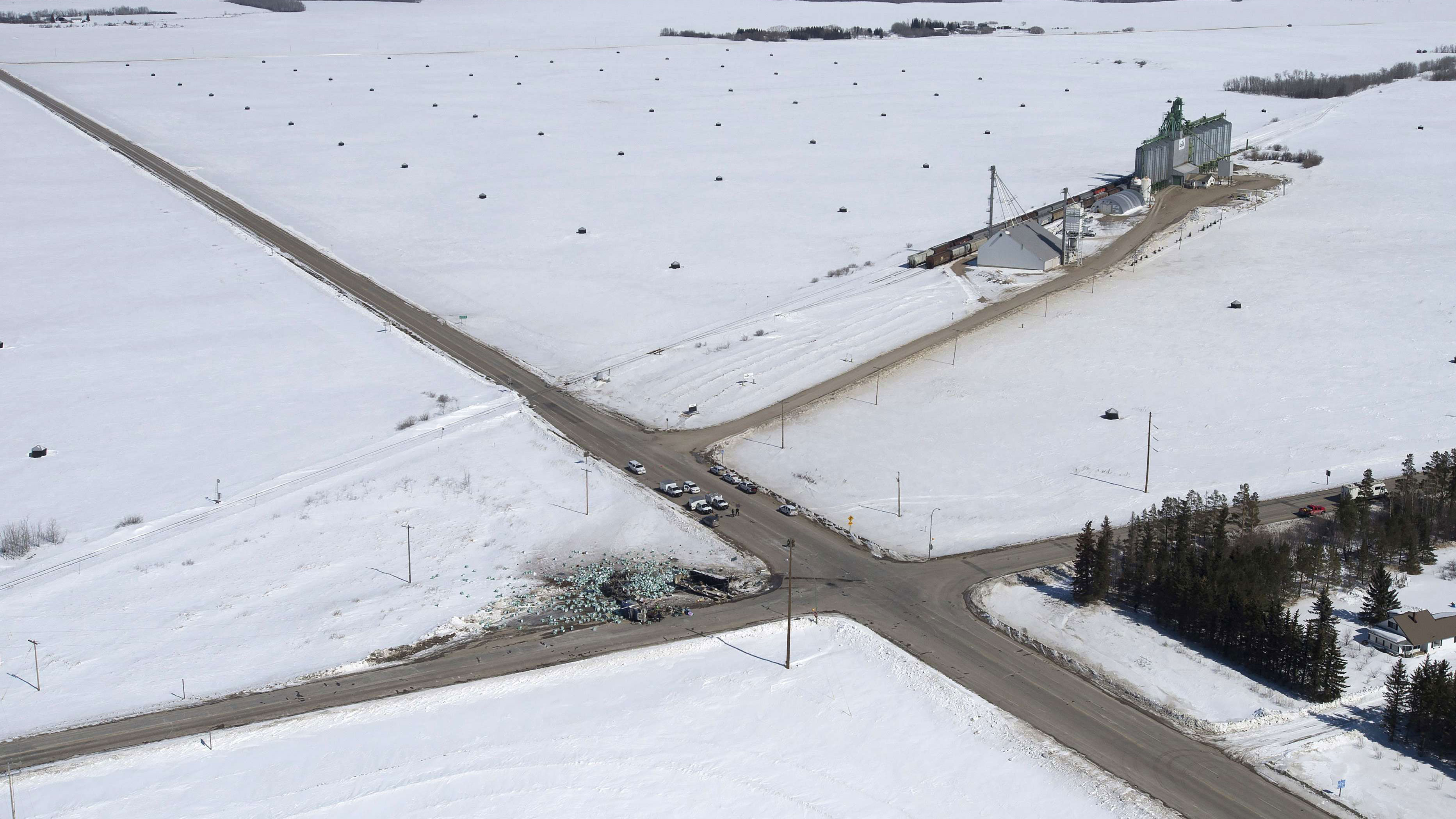 In Saskatchewan, highway 35 and highway 335 are the intersections marking the scene of the Humboldt Bronco’s bus crash. (The Star Phoenix)

Transport truck driver, Jaskirat Singh Sidhu, was back in court on Feb. 15 for a sentencing hearing, following his guilty plea in the Humboldt Broncos hockey team bus crash.

Impact statements were presented in court, with 65 of 75 read out loud. Logan Boulet’s family was first up.

Logan Boulet’s mother recounts though her tears how they stood by his side in the hospital for 19 hours before he passed away. Now sharing her memories of her son.