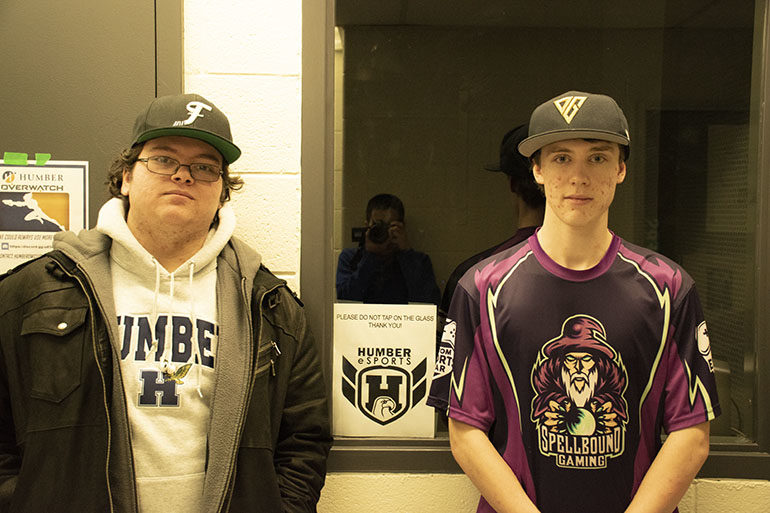 Humber’s eSports team is hosting online tryouts for their counter strike squad this Thursday and Friday. Thursday’s tryout will be strictly online while Friday’s will be hosted at the North campus in the eSports room.

eSports is getting bigger at Humber College with the formation of competitive gaming clubs. Last November, Humber’s eSports lab (The Dojo, LB 109) opened with the help of the school of Media Studies and Information Technology.

It’s growing industry where professional gamers go head to head in tournaments for prize money and entertainment. Professional gaming is slowly becoming more prominent, for example, the League of Legends  World Championships was watched by a peak audience of 205 million viewers in 2018.

Geoffrey Lachapelle, eSports Community coordinator, said the Dean of Media Studies Guillermo Acosta and a host of other faculty in the department started this project to build support for students who want to compete in professional gaming.

Making the team will not be easy as there are requirements players must meet in order to qualify.

“We’re looking for teamwork, communication and just personal knowledge of the game, and your aim skills, your smoke skills, and the ability to communicate with your team is the biggest one we want,” said Noah Webster, vice president of the Humber Counter-Strike Club.

Webster said qualified players will be divided into two teams: A team and B team. A team will be the main competitive team that will compete in tournaments and B team will be more for fun and communication.

There will be a training period before competitions get underway.

“We don’t want to just take a team and put them in a tournament, we want to obviously build the team skills so we are playing as a team,” he said.

“Once we feel we have achieved that, we are going to be entering into the AVGL League and other college leagues. Apart from that, I’m looking into a few LAN (Local Area Network) centres that might be hosting some CS:GO tournaments in the future, and we are gonna definitely show up to those and see how we stack up against other teams in the GTA,” said Webster.

The training schedule will be based on whether people are free to play and will take place in the eSports room on campus as much as possible.

“We will work on our games, team executions on sites, and whatnot,” said Franco D’Agostino, president of the Humber Counter-Strike club.

Webster was asked on whether the Humber team could potentially make it to big eSports tournaments like Electronic Sports League (ESL) one in Germany.

“If I’m feeling 100 per cent realistic, I don’t feel that that’s an achievable goal like within the next two to three years,” he said.

“Considering once you get to that level, you’re playing against people who get paid to play this game all day, every day to practice. But for sure winning a few LANs and starting to participate at a higher level, that’s definitely achievable for us I feel,” he said.

“Very soon you may go into a sports bar and see a hockey game on one screen and a CS:GO tournament on another. It’s coming to the point where it’s so mainstream that you’re going to be seeing it everywhere, and it’s pretty great.”