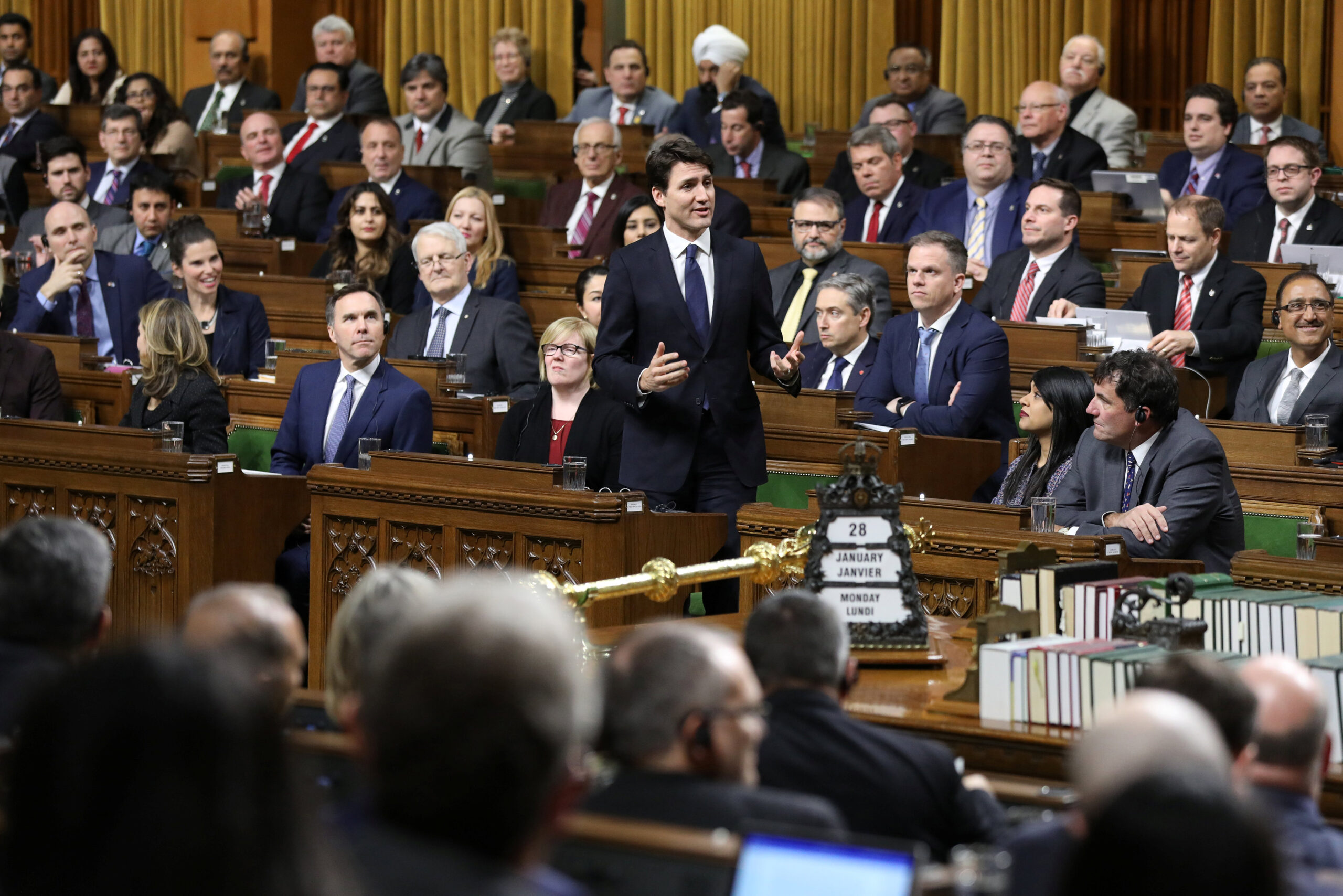 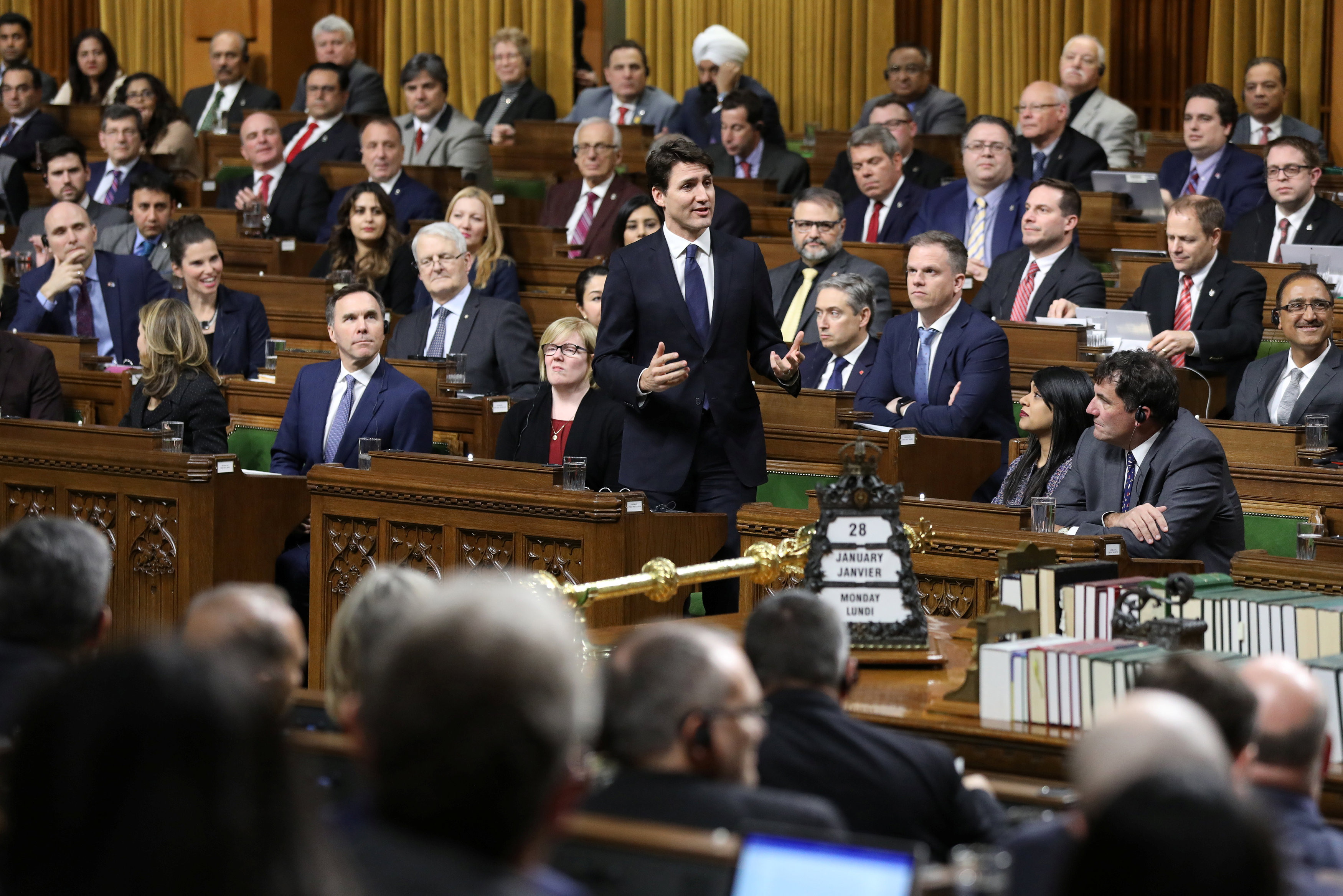 Prime Minister Justin Trudeau speaks during Question Period in the interim House of Commons in the West Block on Parliament Hill in Ottawa on Monday. REUTERS/Chris Wattie

Trudeau was accused of not doing a good job and was grilled on the firing over the weekend of Canada’s Ambassador to China, John McCallum.

The firing drew sharp comments from Scheer who had harsh words for Trudeau saying the PM “conducted image over substance in foreign affairs and now Canadians are paying for his mistakes.”

Instead of answering, Trudeau took a different tack, praising the completion of the new, temporary home to the House of Commons while the old chamber is being renovated for several years to come.

“We need to remember the extraordinary men and women who worked so hard to build this chamber for us,” he said.

In addition to China, the Prime Minister was questioned on a number of issues ranging from his carbon tax policies to housing and poverty in Canada.

Scheer went on to label Tudeau’s foreign policy a catastrophe including the crisis with China.

“We are working with integrity and firmness to ensues Canadians safety, and to ensure the liberation of the two Canadians who are arbitrarily detained in China while standing up for the rule of law,” Trudeau said.

“When will this prime minister finally tell the truth and admit because of his mistakes, he will cause taxes to increase?” Scheer asked.

Minister of Foreign Affairs Chrystia Freeland said McCallum was fired because his “comments were inconsistent with the position of the government of Canada.”

According to the Globe and Mail McCallum  voiced personal opinions to Chinese-language media about Canada’s detention” of Wanzhou suggesting “she might have ‘quite good arguments’ to avoid extradition to the United States on fraud charges.”

Two Canadians, Michael Kovrig and Michael Spavor, have since been detained in China.

A temporary replacement for McCallum has been found while a search for a permanent replacement gets underway.

Ryerson Professor Ron Stagg told Humber News on Tuesday that McCallum should have been fired.

“He said the government was in an awkward position, they gave him a second chance but he talked again,” Stagg said.

Stagg noted that the prime minister and McCallum went back a long way.

“Trudeau did not want to fire him, but once he made that second series of statements again Trudeau could not leave him in the position,” he said, adding that “Canada has to apply maximum pressure by asking our allies to apply pressure on China too, but it has to be done behind the scenes.”

Prof. Sui Sui, also of Ryerson University, said she understands from a political point of view that Canada had to fire its ambassador.

But she does not think that holding Wenzhou was wise “basically they should know this would impact Canada-China trade, she said.”

When asked what advise she had for Trudeau’s government Sui said Canada should not get involved in U.S.-China problems, leaving them for the two parties to solve on their own.