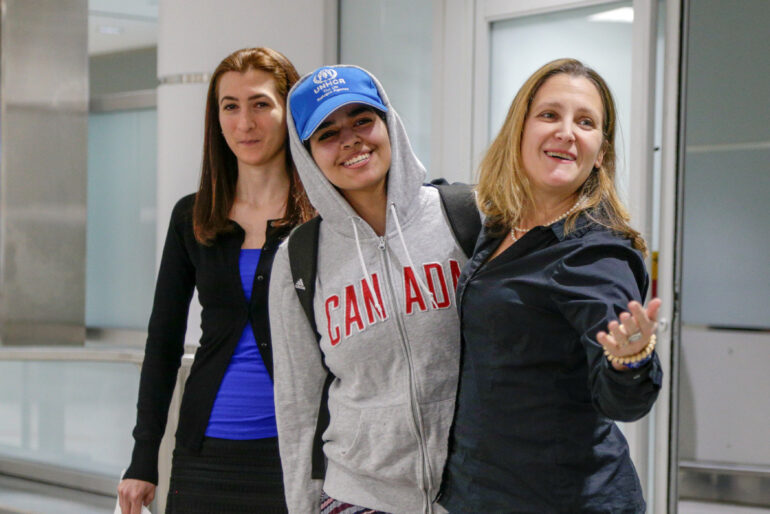 There is no typical asylum process or application, Loly Rico said, her voice muffled by background chatter at the FCJ Refugee Centre.

Rico is the executive director of the Toronto based organization that helps refugees adjust to life in Canada by providing administrative assistance, counseling and shelter.

“Due to the large number of applications some cases can take anywhere between 18 months and two years, or longer,” Rico said.

In other instances, like the sensational Rahaf Mohammed case, asylum can be provided very quickly.

It all depends on the severity of the situation, and the danger the applicant faces at home, said Yosief Araya, the director of the Refugee Sponsorship Training Program.

High profile cases, like those involving the LGBTQ+ community, can be processed in weeks, especially if the individual applies from their country of origin, Araya said.

In these situations, applicants must prove their life is under threat before being declared a convention refugee by the United Nations High Commissioner for Refugees.

This status gives Canadian officials cause to expedite the proceedings and bring refugees into the country under emergency protection, Araya said.

“Governments take a big risk doing this, so they have to be 100 per cent sure the situation is serious,” he said.

The Mohammed case fits the criteria but was likely accelerated further by the Saudi teen’s social media use, Araya said.

Few refugees have come to Canada through these extraordinary means, he said. A 2018 UNHCR report stated Canada would only accept 100 refugees for emergency protection.

The asylum process can also be hastened by private sponsorship plans like the Blended Visa Office-Referred Program, Araya said.

The BVOR pairs UNHCR designated refugees with Canadian sponsors, while the government contributes to income support.

Sponsors are responsible for refugees over the six-month period, and must help with rent, resettlement and financial aid, Araya said.

The refugees who qualify for this program are travel-ready, but it still takes months of planning and processing, meaning applicants could be forced to wait in refugee camps or hostile territory, he said 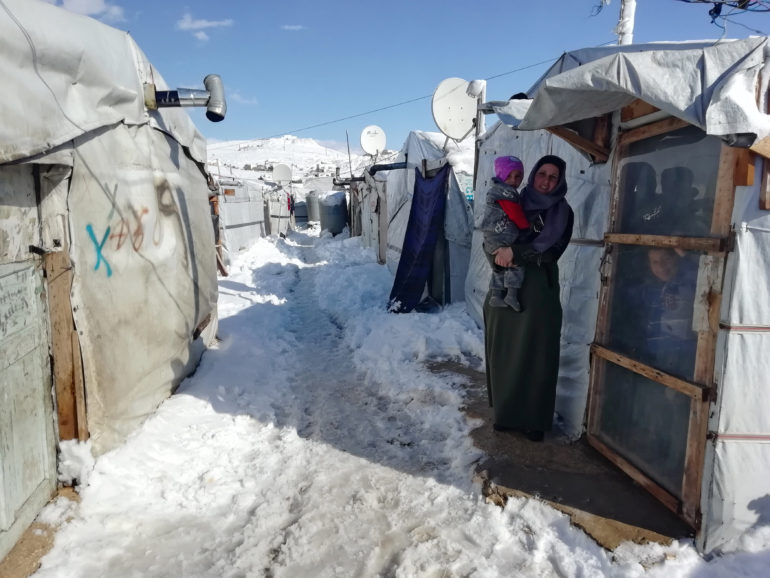 A Syrian refugee woman holds her baby as she stands in front of her tent at a makeshift camp at the Lebanese border town of Arsal, Lebanon, on Jan. 9. (REUTERS/Zeina Alhoujeyri)

Part of the wait time is due to the fact that convention refugees must still be vetted by immigration authorities before they come to Canada, Araya said.

If parts of their story do not hold up, or if they fail to pass a criminal background test, refugees will not be given asylum, he said.

The same vetting process applies to asylum seekers who make their request at a Canadian port of entry, or from within the country, Araya said.

These cases get dealt with at a much slower rate because refugees who request asylum in Canada are for the most part out of danger, he said.

In 2018, 55,695 asylum cases were processed, and between January and September 60 per cent were accepted, an Immigration and Refugee Board of Canada summary indicated.

“That’s good,” Rico said, noting a majority of these cases come to the Toronto region.

Access to legal representation and an impressive resume can help an applicant’s chances, but most spend years awaiting an uncertain fate, Rico said.