A Guardian of Truth warns of threats to journalism 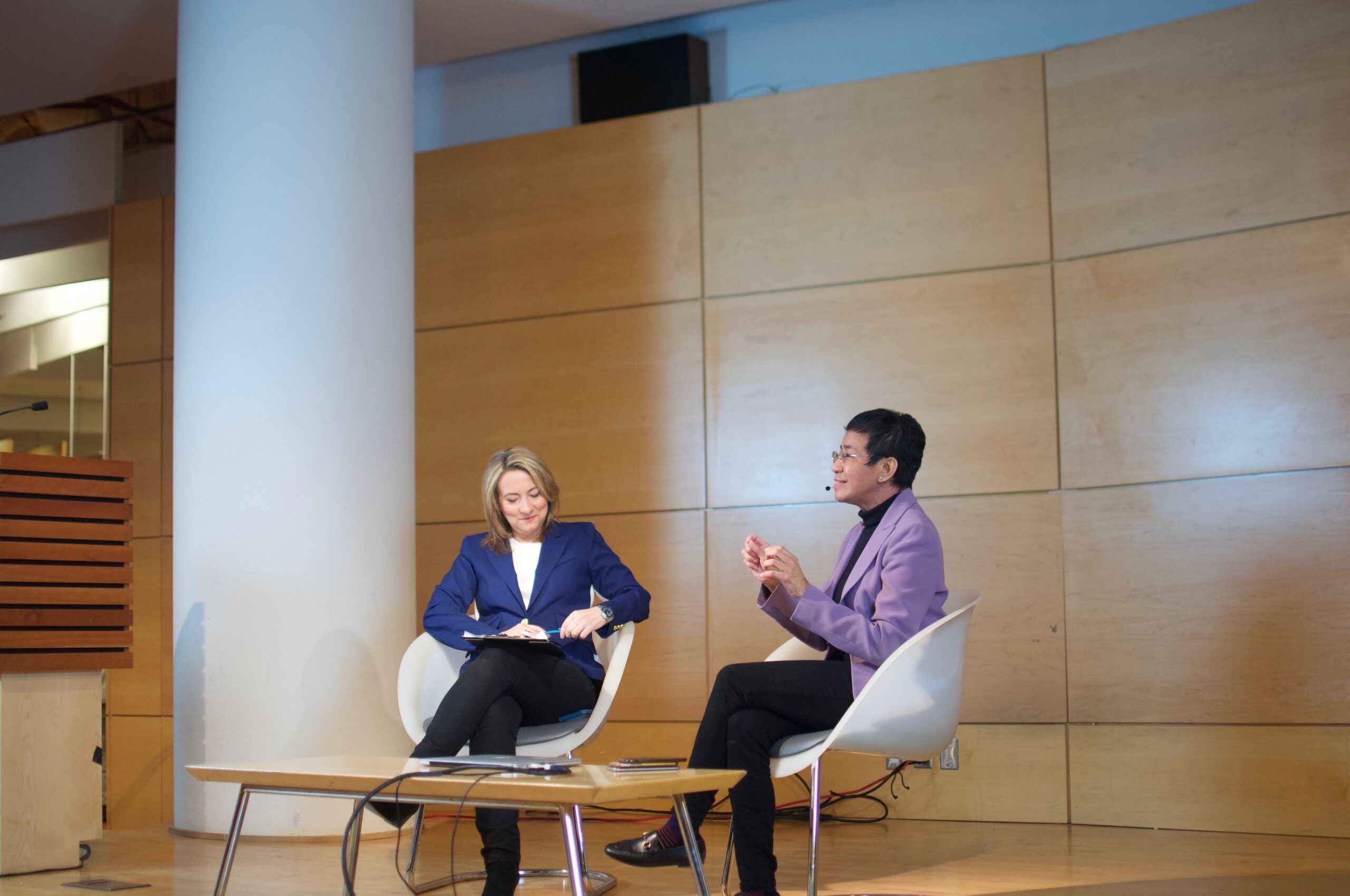 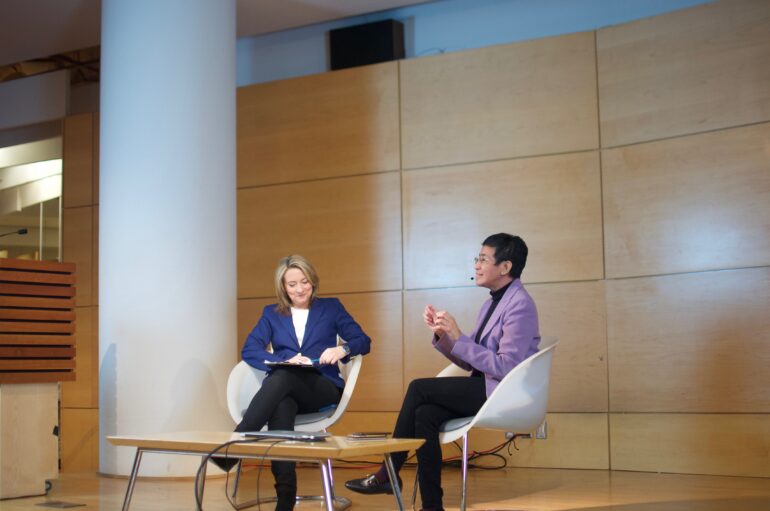 Maria Ressa found out she had been named TIME magazine’s 2018 Person of the Year on Twitter, and assumed it was fake news.

Speaking at the Toronto Reference Library on Monday, the Filipina journalist told CBC’s Adrienne Arsenault that the realization came later when she saw the other covers.

TIME issued four alternative covers for its annual edition. Ressa — who has her own cover — shares the title with slain Saudi and Washington Post columnist Jamal Khashoggi, the staff of the Annapolis, Md., Capital Gazette and two imprisoned Reuters journalists in Myanmar.

“I’m the only one who’s alive and free,” she said. “Is this what being a journalist means today?”

Looking forward to welcoming 2019 in solidarity with journalists and news groups around the world fighting for truth & democracy #CelebratePressFreedom @pressfreedom @TimesSquareNYC https://t.co/0licW6x7Df

Ressa is the first guest this year in the Toronto Public Library’s series On Civil Society and took the opportunity to discuss the various threats to journalism and democracy.

She is the CEO of Rappler, a Filipino news site currently being indicted by Rodrigo Duterte’s government for a litany of charges, Arsenault said.

The organization is accused of tax evasion, cyber libel and most importantly, of being foreign owned, Ressa said.

“That last charge is very Putinesque,” she said with a smirk.

Duterte claims Rappler is trying to bring down the government, but in reality, the journalists are simply holding the government accountable, Ressa said.

The charges carry sentences up to 15 years and are meant to prevent the organization from telling the truth about the drug war, she said.

Thousands have been murdered since the conflict began in 2016, and many cases have not been investigated as the government ‘presumes regularity,’ Ressa said.

The true number of casualties is likely much higher than government estimates, and Rappler’s reportage on this is what has drawn Duterte’s ire, she said. 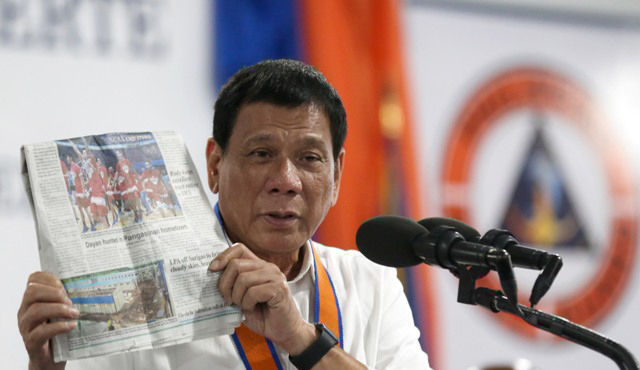 The organization has also come under attack online, Ressa said, noting that she had been threatened with rape and murder after speaking out.

The threat of violence is something that journalists all over the Philippines have faced in recent years, most of it from Duterte supporters, Ressa said.

Accusers call Rappler and its staff fake news, echoing similar comments made by the president during the State of the Nation, she said.

Many believe these campaigns are state-sponsored, or at the very least encouraged, she said.

The spread of disinformation has eroded trust in journalism, and it has been hastened by social networks like Facebook, Ressa said.

In the Philippines, Facebook is built into phones and can be used without paying for a data plan, Arsenault said.

“People who want to spread disinformation will create false front pages of stories … but if you don’t have data you can’t click to see what the story actually is,” Arsenault said. “People tend to believe what they see.”

Facebook is the world’s largest news distributor but does not perform the same gatekeeping function that journalists do, Ressa said.

Disinformation campaigns are not exclusive to the Philippines, and are a geopolitical tool used to weaken strong democracies, she said.

As Canada enters an election year it’s important to be able to determine whether the content consumed and shared is real, Ressa said.

“When you spread a lie a million times it becomes the truth,” she said.

No country is immune from this, as disinformation campaigns manipulate the worst parts of human nature, and fracture societies along their fault lines, Ressa said. 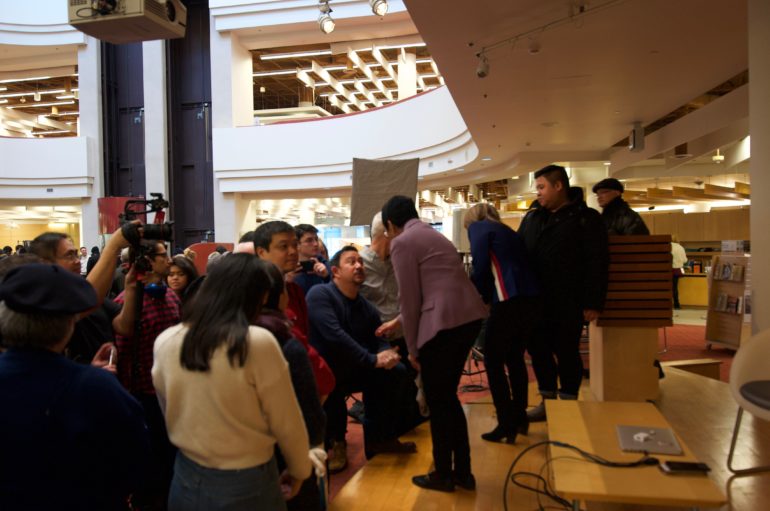 Ressa said she doesn’t have a choice whether to stay in the Philippines where she faces threats from the government and civilians.

“If I left, every single principle I stand for as a journalist and the commitment I’ve made to the Philippines won’t matter,” she said.