Detroit, Mich. — The Michigan gubernatorial candidates rallied their supporters Monday night as the state prepares to elect its new leader.

The United States midterm elections are taking place on Tuesday and are the most crucial in years.

Citizens of the Wolverine State have many decisions to make, from including how to vote for a governor, a senator, 14 House seats, and what to do about the legalization of cannabis.

The current governor, Rick Snyder, who was held partly to blame for the Flint water crisis, is not eligible to run again because of term limits and will be replaced by either Republican Bill Schuette or Democrat Gretchen Whitmer. 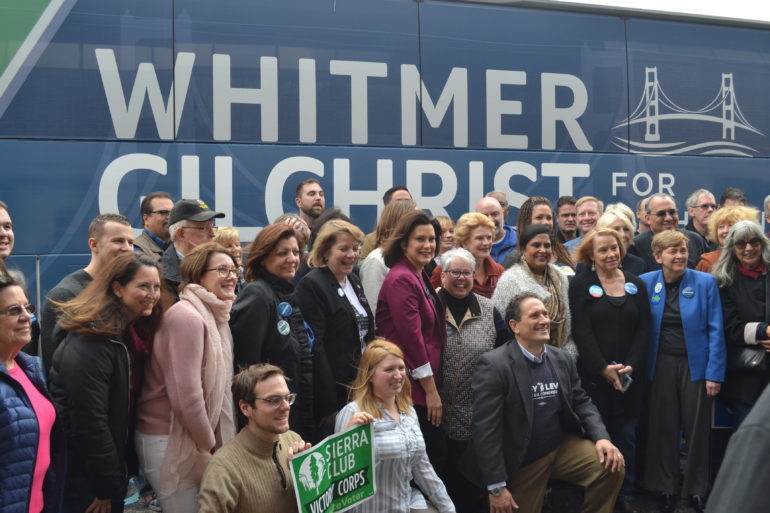 Whitmer was born and raised in Michigan, earning an undergraduate degree from Michigan State University. She has spent several years in Lansing as a state legislator, both representative and senator, and is looking to land the highest seat in her state.

When asked about why she supports Whitmer, one volunteer, said that she admired the quality of the candidate and what she stands for in the state of Michigan.

“I really feel that we need change, and that democrats represent the common people,” said another volunteer.

When asked why people should vote for her in these upcoming elections, Whitmer said that she will fix the roads, give the kids great schools, clean up the drinking water, and maintain the work she has done in healthcare. 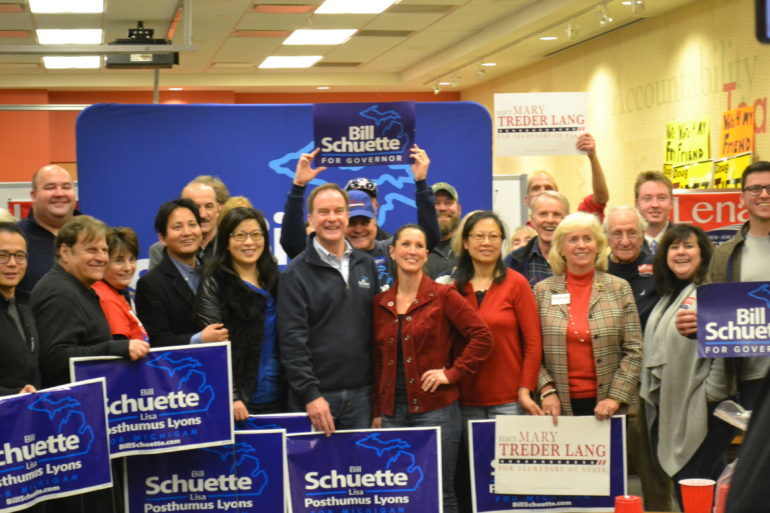 Schuette is Michigan’s current attorney general and is campaigning on a platform of job creation and tax cuts.

At a rally in Troy, Mich.,  Schuette assured his supporters and volunteers that the Republican party will remain in power.

“That blue wave their talking about, is about to hit the red wall,” said Lisa Posthumus Lyons, Schuette’s running mate, as she addressed the volunteers during the rally.

If elected, Schuette said he will work to cut taxes, lower auto insurance rates, and improve schools with a more active literacy program.

“It will be an incentive to build and grow our state. We can’t go back to the lost decade, where Michigan 500,000 lost jobs, 15 per cent unemployment. We want to go forward, and that is why people will vote for Bill Schuette,” he said about his platform. 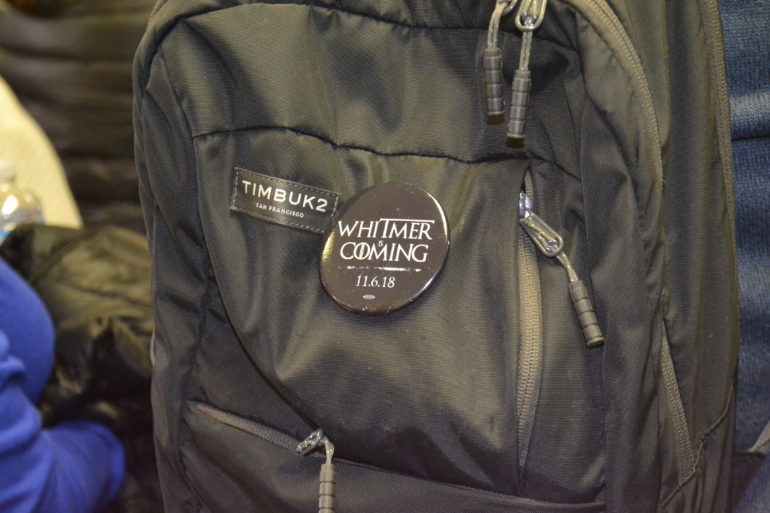 Michigan, like the rest of the U.S., is seeing a surge in voting by young people and minorities.

Young people are more eager to get involved in these elections, with one survey from Harvard Institute of Politics showing 18- to 29-year-olds are significantly more likely to vote than in 2010 and 2014.

Arnold Fleischmann, political science professor at Eastern Michigan University, said the increased number of young voters could be due to a combination of the current administration and a rise in social media.

“There are huge differences between younger Americans and older Americans … So that, in some ways, creates a situation where younger people mobilize to vote against this administration,” Fleischmann said, explaining why young people are so enthused to vote in this midterm.

Minority voters are also set to make their voice heard. According to the Pew Research Institute, 47 per cent of Latino voters say their lives are worse since President Donald Trump took office.

As a result, more Latinos have given these upcoming midterm elections “quite a lot of thought,” according to Pew.

As a resident of Michigan, Fleishmann said his main concerns are infrastructure and water.

“The roads are dreadful,” he said, describing the condition of infrastructure in his state.

Since the Flint water crisis that started in 2014, water has been a contentious topic in the state. Fleischmann said that the citizens are worried about possible contamination in the Huron River that could affect water in Ann Arbor, Mich.

“In the last few years, the state of Michigan has relaxed a lot of rules [regarding the environment], an we to tighten up to and we need to make sure our water supply is protected,” said Michigan resident Joanne Rond.