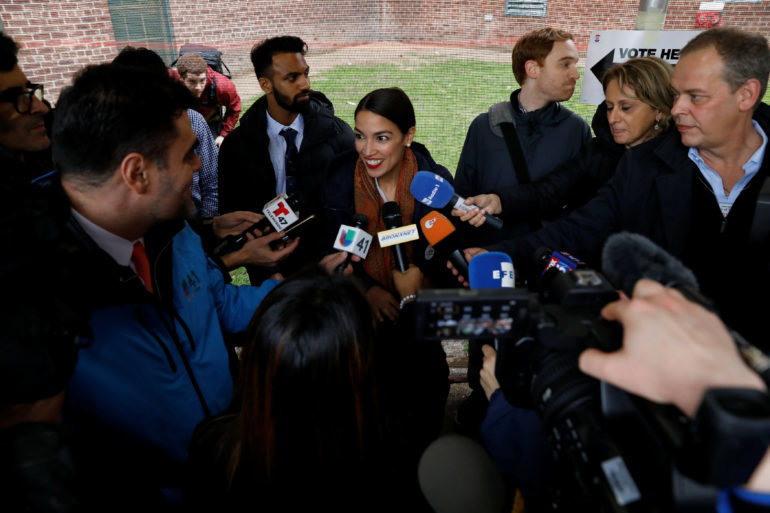 Democratic congressional candidate Alexandria Ocasio-Cortez speaks to the news media as she arrives to cast her vote for the midterm election in the Bronx borough of New York City, Nov. 6. (REUTERS/Andrew Kelly)

Queens, N.Y. – The rain clouds of yesterday have migrated and sunshine streams through the rusted subway beams of the 111th Street Station, warming the sidewalks of the borough’s north Corona neighbourhood.

A newspaper box with “Voto Latino” displayed on the front page decorates the sidewalk of the concrete jungle, while people run to catch the subway or cross the street.

It’s the day after the U.S. midterm elections and It’s hard to believe that after months of anticipation it has come and gone so quickly. 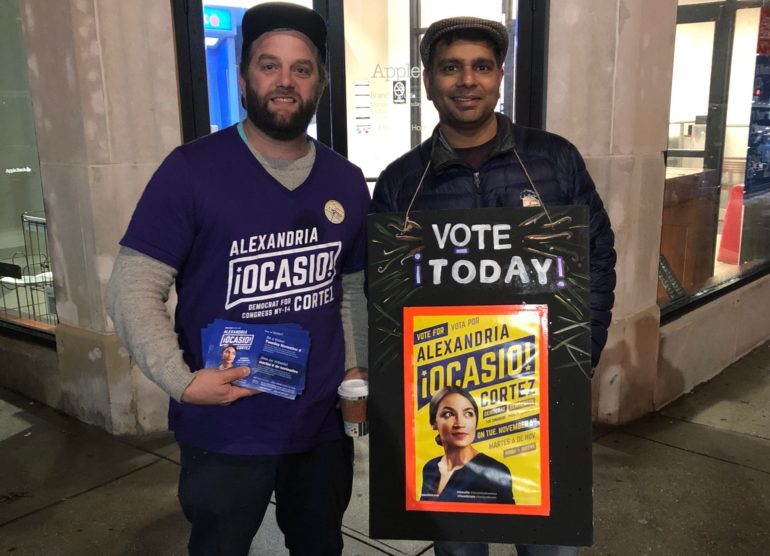 Matthew Lief and B. Madhusudan pull the vote on election night in Queens, N.Y. (Caitrin Hodson)

Campaign volunteers across the country canvassed, rain or shine until the very end, dedicated to getting out the vote in their districts.

And their efforts were not in vain.

With nearly 113 million ballots cast, this was the first midterm in the history of the United States to exceed 100 million votes, said Kabir Khanna, CBS News Elections, Manager.

He noted, although there is regional variation, the general trend shows a younger and more racially diverse electorate.

Khanna explained that with such high levels of voter turnout, the trend tends to be towards a more diverse electorate as people who don’t typically vote in midterms show up to the polls.

“A lot of those people turned out this year. They were paying attention and they got ballots,” he said. 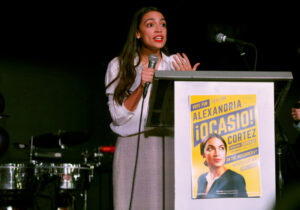 It was a record-breaking day, not only for voter turnout, but for candidate turnout as well, boasting one of the most diverse groups of candidates in U.S. history.

According to the New York Times, a total of 411 candidates in yesterday’s election identified as either female, persons of colour or LGBT.

Among these candidates was 29-year-old Latina, Bronx-born Alexandria Ocasio-Cortez, who made history Tuesday night when she won New York’s 14th Congressional District and became the youngest woman ever elected to Congress.

Her rise to the House began in June when she beat out long-time incumbent Joe Crowley by a staggering 15-point margin to take the Democratic primary.

She ran on a platform of universal healthcare, abolishment of ICE and a belief that no one in America should be too poor to live.

After her unexpected win, she was quickly propelled into the international spotlight as the unofficial face of democratic socialism, working-class minorities and young ambitious women. 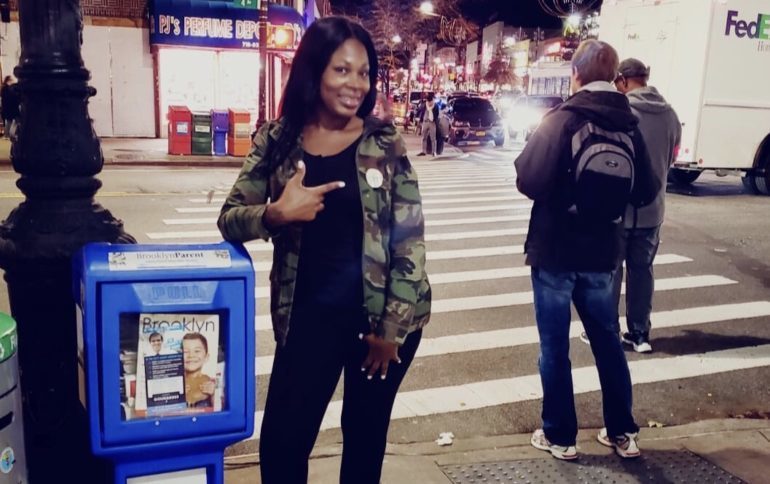 Sonji Cephas, a campaign volunteer for assemblywoman Latrice Walker, proudly points to her “I voted” sticker.

Sonji Cephas is one of these women, a Brooklyn millennial who believes in the power of her vote.

She volunteered for the campaign team of Democrat assemblywoman Latrice Walker – a single black mother who was re-elected last night in the 55th District of New York’s State Assembly.

Cephas says women like Ocasio-Cortez and Walker give her faith in her community and her country.

“As a black woman in Brooklyn, this gives me so much confidence. Like I feel like I can do anything now. I feel like if I want to run for president, you know, I actually have a chance. We have a voice coming from such a long way, when women weren’t even allowed to vote. Now we’re holding offices in high positions. So, it means a lot,” she said.

And she wasn’t alone as women across New York volunteered to campaign Tuesday for female candidates they believed would make a difference.

Ingrid Gomez, a social worker and community leader in Queens, volunteered for Ocasio-Cortez’s campaign and said this is just the beginning for Latina women in leadership. 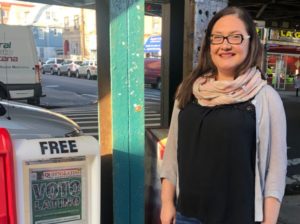 She is a former undocumented Colombian immigrant, raised by a single mother in the Bronx, and said she believes that women of colour are the future.

Catalina Cruz, the first former dreamer to be elected to New York State Assembly and a close friend of Gomez, wrote Tuesday in a Facebook post “I never thought I would ever get to vote – let alone for myself.”

Other notable firsts from the election included candidates Deb Haaland of New Mexico and Sharice Davids of Kansas, who both became the first Native-American women ever elected to Congress.

“Everybody deserves a shot, and if a girl from the Bronx like AOC and a girl from Queens, like Catalina, can show the world that, you know, it’s possible to really come from humble beginnings and rise, other little girls will see them in themselves,” Gomez said.