A new generation of American politicians is headed to Congress 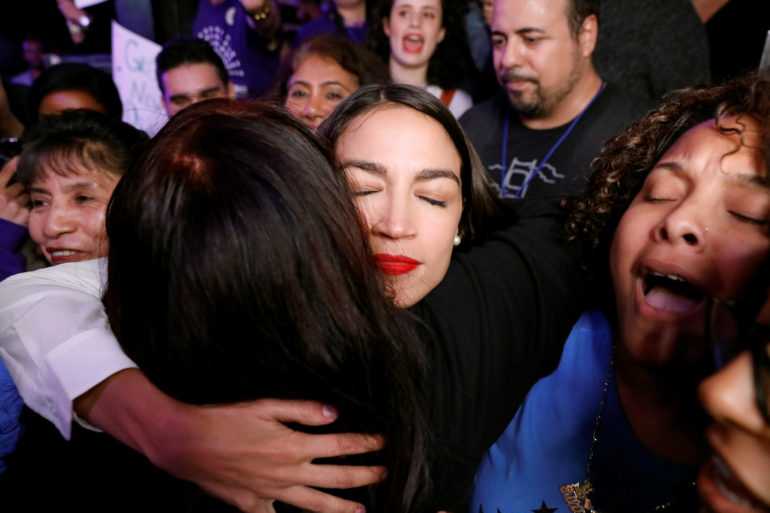 Brooklyn, N.Y. — Congresswoman-elect, Alexandria Ocasio-Cortez, represents the new face of American politics—outspoken, racialized and a member of the working class.

The Bronx Democrat, whose mother emigrated from Puerto Rico, won New York’s 14th Congressional District with 78 per cent of the vote compared to 13.8 per cent for Republican Anthony Pappas.

“Her campaign did a good job of face-to-face voter contact; with her, her staff, and her volunteers knocking on a very large number of Democratic doors,” said James Battista, Associate Professor of Political Science at University at Buffalo.

Ocasio-Cortez also did not accept PAC contributions, whereas former opponent Crowley did.

“We launched this campaign because in the absence of anyone giving a clear voice on the moral issues of our time, then it is up to us to voice them,” Ocasio-Cortez said in her congressional victory speech.

The congressperson-elect was vocal on a number of controversial American political issues throughout her campaign.

Her platform advocated for a federal jobs guarantee, Medicare for all and an overhaul of the private prison system.

“These struggles that we are taking on are generational,” Ocasio-Cortez explained to a rapturous crowd after being elected to Congress.

“It will take our whole lives, but this is the fight for our lives.”

Through grassroots campaigning efforts, Ocasio-Cortez and her volunteers found opportunity in a current fault of establishment politicians, according to Katherine Brezler, National Digital Director of The People for Bernie Sanders.

“They have forgotten the practice of retail politics,” Brezler said about both Democrats and Republicans, including former Congressperson Joe Crowley.

Ocasio-Cortez, who lives in an apartment in The Bronx, made use of retail politics. She knocked on doors with her volunteers throughout the district and drummed up a substantial community of support.

Crowley represented Queens and The Bronx, although he and his family have long resided in Virginia.

Brian Elliot, a member of the Bronx branch of the Democratic Socialists of America, campaigned for Ocasio-Cortez in the lead-up to the midterm elections.

He noticed an interesting trend among residents of the district, which has a large working class population.

“A lot of people didn’t even know who their congressperson was,” he said.

Elliot discovered constituents were tired of political sales pitches, so he tried to avoid making one.

“We asked them what they cared about, and if they had a 5-year-old child, we talked about education,” Elliot explained.

It was a more thoughtful approach to addressing material issues that have a daily impact on families.

Ocasio-Cortez discussed the reality of those material needs for the working class in her campaign video—the rent continually increases, health care is not sufficient, and wages stagnate.

“We have to keep organizing. We cannot stop. Electoral politics is just a tool in a larger toolbox of this movement,” she proclaimed to supporters on the evening of Nov. 6.