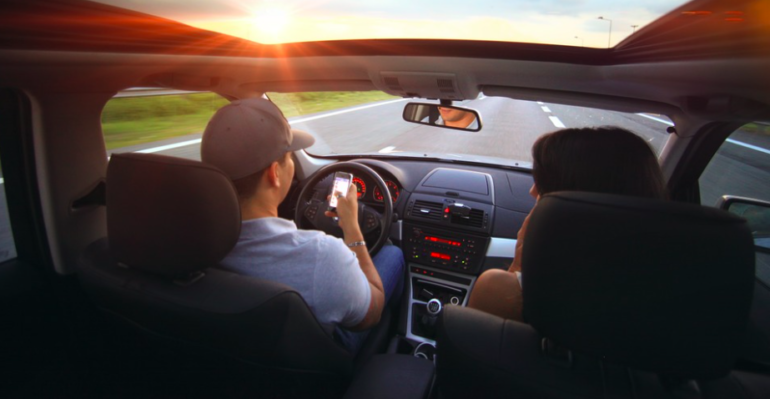 Driving while using a cellphone or other handheld device is going to carry tougher consequences for Ontario drivers in the new year. (pixabay.com)

Drivers caught operating a motor vehicle while using a handheld device such as a cellphone will be facing fines up to $1,000 for a first offence, up from the $490 fine in place today, Stibbe said.

There will also be a three day licence suspension for the first offence, seven days for the second and 30 days for a third offence.

“Driving is a privilege, it’s not a right,” and that privilege can be taken away when a driver breaks the law, said Const. Akhil Mooken of the Peel Regional Police.

“I always tell people, the ticket for driving while using a cellphone is significant. To me it doesn’t seem worth it, a Bluetooth is $70. When you do the math it makes sense to buy a Bluetooth device,” Mooken said.

There are a variety of ways other than using a cellphone that a driver can be distracted, Stibbe said.

“It can be anything. It could be having a conversation with a passenger, a parent talking to a child, or even reaching into the backseat to get something,” Stibbe said.

Should these actions lead to dangerous driving or an accident, drivers can be slapped with a careless driving charge rather than a charge for distracted driving, which is primarily focused on device use.

Distracted driving has a lot of the same signs as impaired driving and can have the same consequences, Stibbe said.

“I was driving across the 401 and saw a car weaving on the road, exhibiting all the same signs as an impaired driver. That person wasn’t impaired, that person was on their cell phone,” Stibbe said. “It just goes to show you the type of effect distraction has on a driver and the type of danger it puts everyone else in.”

For drivers that try to sneak in a quick text at a red light, Stibbe has a warning.

“You have to recognize that even though you’re not moving, the reality is that you’re distracted from the task at hand. We can only do one thing well. The moment we start to do two things at once, something’s going to suffer,” he said.

“If something suffers it can cost somebody their life.”