NASA remembers 9/11 with photos from space 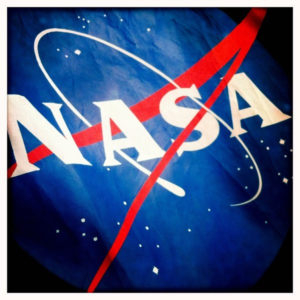 Seventeen years after the deadliest attack on American soil, NASA marked the anniversary of 9/11 in a special way with new photos of New York City and Washington from space.

In a tweet, NASA posted a picture of the city captured by Astronaut Ricky Arnold at the International Space Station on June 19. “Today, we remember the victims, survivors and heroes of #September11th.” 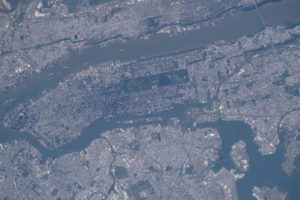 The commercial ports of the state of New Jersey and four out of five boroughs that make up New York City, including portions of Brooklyn, Queens, the Bronx and almost all of Manhattan, are pictured from the International Space Station on June 19, 2018.
Credits: NASA/Ricky Arnold

On Sept. 11, 2001, the only American in outer space was NASA Astronaut Frank Culbertson, who saw smoke from his post at the International Space Station and started documenting the event.

The attack was captured from about 400 kilometres above ground.

Smoke rises from the site of the World Trade Center in New York City at 11:30 a.m. on Sept. 12, the day after two planes crashed into the Twin Towers during a terror attack.
Credit: USGS/EROS

In a public letter posted shortly after the attacks, he wrote: “The world changed today. What I say or do is very minor compared to the significance of what happened to our country today when it was attacked.”

In a coordinated terrorist attack, hijackers flew two planes into the WTC and a third into the Pentagon. Passengers on a fourth flight thwarted the attempts of the terrorists and crashed it into a field in Shanksville, Pennsylvania. Nearly 3,000 people lost their lives and thousands more were injured. In the years that followed, more than 2,000 people have died from 9/11-related illnesses, sparked by prolonged exposure to toxins at Ground Zero.

Survivors of the incident remembered the tragedy on social media. In a Facebook chat with Humber News, Melissa Collins DiMeo, says she is lucky her husband survived. “I hug my hubby a little tighter today, as he was standing directly in front of the South Tower when it fell. Never forget those who perished during the attacks on 9/11”, she said.

U.S. President Donald Trump and Vice-President Mike Pence commemorated the memorials of the attack. President Trump and First Lady Melania Trump joined an observance at the Sept. 11 memorial in a field near Shanksville, where passengers crashed the plane.

President Trump called it a “the moment when America fought back and took control of their destiny and changed the course of history and joined the immortal ranks of American heroes.”