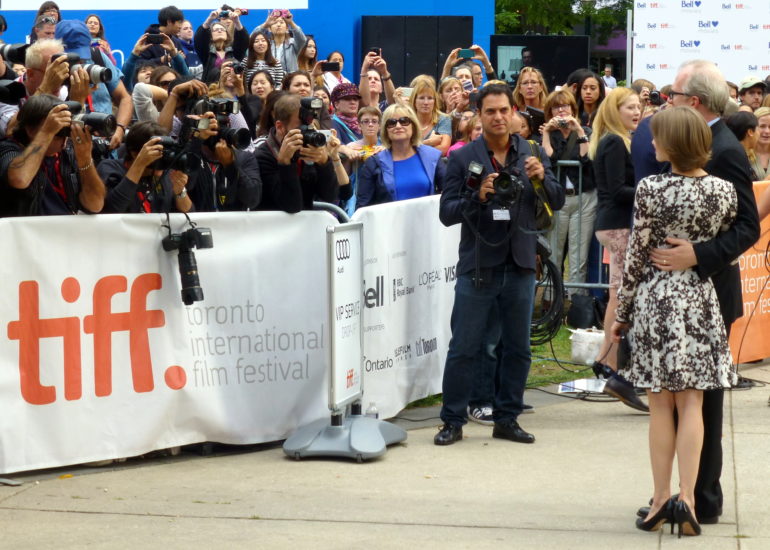 Look past the flashing cameras and adoring fans mobbing A-list celebrities for selfies on the red carpet, and moviegoers can still find the Toronto International Film Festival to be a showcase for some of Canada’s most talented filmmakers.

From Lady Gaga to Drake to Ryan Gosling, this year’s edition of TIFF was as usual dominated by talks of which A-list celebrities were and weren’t showing up for red carpet premieres.  TIFF’s screenings similarly often focus heavily on major studio pictures like A Star Is Born or on the kickoff of Oscar season with future award contenders like If Beale Street Could Talk or Widows.

But each year, the festival provides a platform for both longtime renowned filmmakers of Canada’s own cinematic scene like Sarah Polley or Denys Arcand, and new Canadian voices debuting their original work such as Akash Sherman.

“Moving to Toronto, TIFF was the one of the first things I saw here, downtown. It seemed like such a massive celebration of film,” said Sherman, an Edmonton-born director and screenwriter, whose first feature film, a sci-fi movie titled Clara, premiered at TIFF this year. “Coming from Edmonton, this was incredibly exciting, and a goal of mine was to end up having a project in TIFF someday”

Despite the festival’s international attention and star-studded guest list, Queen’s University Film and Media professor Blaine Allan notes that TIFF still considers itself a Canadian festival, taking on a responsibility to make a place for Canadian films, whether it be a high profile new Xavier Dolan picture, or more experimental work and short films.

“Most of what is covered is American or international, but the festival has for a long time seen itself as a Canadian film festival, and has done a considerable amount to make a place for and showcase Canadian film,” Allan said.

TIFF’s first-time filmmakers are put through a festival boot camp to prepare for every facet of TIFF they’ll experience, from promoting their film to securing opportunities for their future work. But often the real challenge is to continue the momentum gained in Toronto, and grow the audience for a film.

“While the festival can attract some attention to films that it shows, it doesn’t necessarily mean the films circulate all that effectively, widely or prominently,” Allan said. “Some of the value that the festival gives to work can be dissipated over time.”

For Sherman’s first film, Clara, TIFF is the launching point that will begin a tour across several other festivals in Canada and internationally to promote the film. Sherman hopes to spread the word, and work to find an international distribution deal for his work. But as a filmmaker living in Toronto, Clara’s screening at TIFF was a special moment for Sherman.

“As a Canadian filmmaker, TIFF really is that dream come true,” Sherman said. “I honestly can’t believe it actually happened.”