BeYou campaign empowers young Canadian girls to be themselves 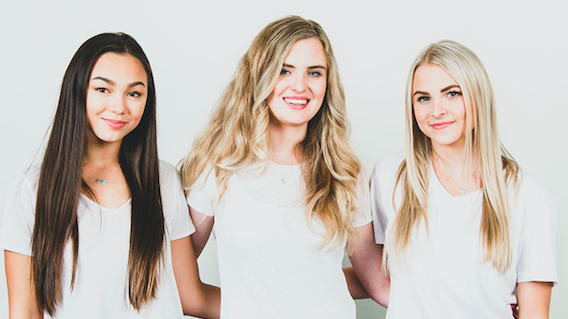 Tackling the issue of low self-esteem plaguing young Canadian girls was the focus of many events across the country this weekend.

Brampton’s Bramalea City Centre was one of the malls participating in these events, which ran from Friday to Sunday.

Events included a fashion show and sneaker designing, along with appearances from actresses Devyn Nekoda and Madison MacGregor of the Disney and Family Channel show “Backstage”, who are national ambassadors of the campaign.

Morguard, the real estate company that owns Bramalea City Centre and 19 other shopping centres participating in the initiative, is a partner of the BeYou initiative.

“BeYou encourages and empowers girls to celebrate their individuality and realize that they do not need to limit their goals,” said Mary Kangwa Mazhandu, a guest services manager and marketing coordinator with Morguard.

“They can become doctors, lawyers, teachers, designers … anything they want to be,” she said.

Facts cited on the BeYou website, including that seven out of 10 girls believe they do not measure up in some way, are the reason that this campaign is attempting to make a difference for Canadian girls.

Big Brothers Big Sisters of Canada, a charity that creates mentoring relationships between adults and young people, also partnered with Morguard on the BeYou campaign.

This is the third year that the charity has been a part of the campaign, said Jody Lundrigan, the national vice-president of communications and partnership development with Big Brothers Big Sisters of Canada.

“Public awareness from the BeYou campaign encourages Canadians to volunteer to be a mentor or donate to support mentoring in Canada,” Lundrigan said.

This ensures that every young person who needs a mentor can have one, she said.

Fostering confidence and gender equality are the main objectives of the campaign, Lundrigan said.

“As a society we need everyone to work collectively to bring about equality. Boys, girls, men, women, people across the gender spectrum all have a role to play in supporting each other, earning to love our individuality, and understanding that all you have to do in this world is be you,” she said.