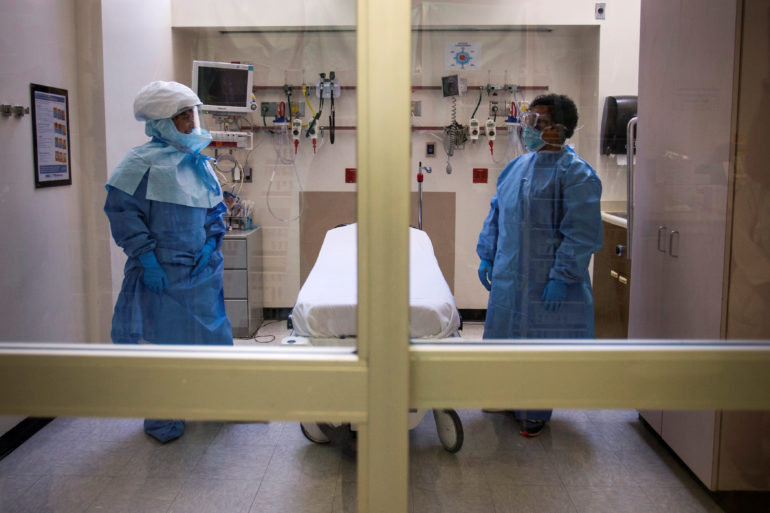 A recent survey by the Canadian Medical Association suggests Canada’s health care system may need to revamp itself to implement new technologies such as virtual care and artificial intelligence. (REUTERS/Adrees Latif)

Canada’s health care system may need to catch up with new technological advancements in order to keep up with young adults seeking change.

An Ipsos survey commissioned by the Canadian Medical Association (CMA) found that 75 per cent of Canadians believe new technologies could solve existing issues such as long wait times in our health care system.

The study broke down participants into three age groups, in which the youngest participants yielded the most significant results. Among the age groups, the 18-to-34 age group dubbed the “Google Generation” was the most eager adopter of technology to manage their personal health.

The survey showed people believe new technologies such as virtual care, artificial intelligence (AI) and robotics can revolutionize the medical services sector in Canada. Indeed, 59 per cent overall feel confident in the use of AI if delivered by a doctor.

However, only 37 per cent felt confident if health care was delivered by AI built and managed by a private company.

Dr. Gigi Osler, the president-elect of CMA, believes the results of the survey are key to getting the medical management system up to date.

“The survey is both a wake-up call and an opportunity,” she said. “It’s a wake-up call for doctors, government and policy makers that we urgently need policy and investments in health care technology.

“We need it now in order to meet the health care needs of current and future generations,” Osler said.

Meanwhile, 44 per cent of the Google Generation used wearable technologies like Fitbits and Apple Watches to manage and monitor their personal health, compared to 27 per cent of the general population.

The study found the majority of Canadians support the idea of investing more in technology, but do not want these investments if it reduces the number of doctors and nurses.

Zayna Khayat, a Toronto-based future strategist in the health sector, says health care professionals will not be affected by technological advancements.

“It won’t hurt the number of doctors and nurses in the future,” she said. “Certain companies and countries have successfully implemented new technologies and managed to increase their number of patients without cutting down or adding staff.”

“Seventy per cent of Canadians want virtual health care, full stop. Whether they’re 85 or 18,” she said. “Right now we’re kind of offering only a one size fits all. Let people decide what channel makes sense for them.”

The CMA is hosting its first ever Health Summit on Aug. 20 in Winnipeg to discuss diverse, inclusive and accessible care. More than 700 health care professionals, health policy officials, tech innovators and patients will be discussing policies focusing on technology in the public health sector, Osler said.

She says the goal of the summit is to continue the conversation on what policies for innovations in health care technologies need to be sought out, what investments need to be made, and how to get the ball rolling.