Toronto’s artist community lights the light of love and kindness 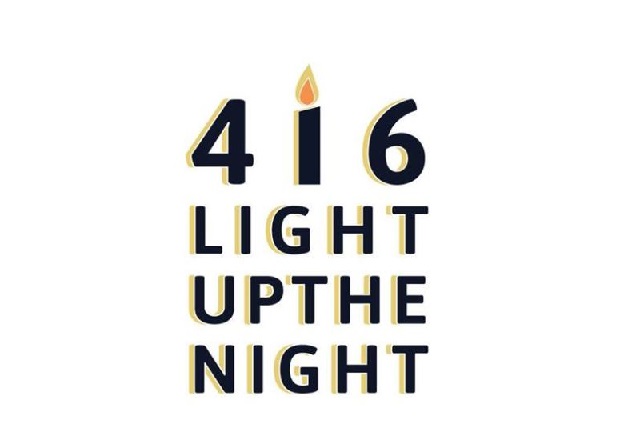 The artist community in Toronto organized 416 Light Up The Night at Withrow Park in response to the city’s rising gun violence. (Twitter)

Candlelight lit up the night at a Greektown area park when hundreds of people gathered to show solidarity against the wave of violence gripping Toronto.

The July 31 vigil, the 416 Light Up The Night at Withrow Park on Logan Avenue south of Danforth Avenue, was organized in response to the recent wave of gun violence that has taken the city by storm.

While the candlelight was in response for all the violence in Toronto, it was held about a block south where lone gunman Faisal Hussain, 29, opened fire into a Sunday night crowd on Danforth, killing Reese Fallon, 18, of Toronto, and Julianna Kozis, 10, of Markham.

Toronto Police 13 others were wounded in the July 22 attack.

“It is important to reignite the flames of love, unity, and compassion, not only individually but collectively, together as we are here, as well as our beautiful city,” said event organizer Geraldine Ronan.

Centennial College art student Alissa Skorik believes a tragedy shouldn’t be a reason to allow fear to build within communities.

“Tragedies, unfortunately, bring people together, and it’s kind of a brutal irony, but it feels good to be part of a community and realize people are always here for each other,” Skorik said.

“They keep on thinking these (tragedies) will scare people away, but no, we’re all here,” she said.

Bringing the community together is important, especially in the wake of violence and to allow for healing going forward, Canadian actor and comedian Colin Mochrie said.

“The thing I love about this is that it’s a totally non-political event,” Mochrie said. “It’s not about putting what happened behind you, but sort of heading towards healing and just showing what a great community we have here in Toronto.”

Artists from the Indigenous community performed during the event. (Damian Ali)

Co-organizer Steve Mann said despite not knowing what the future may bring, the gathering shows how people can make a difference going forward.

“Tonight we are together,” Mann said. “It sounds a bit cliché, but I know we can make a small difference if we are more aware if we have more love in our hearts, and if we can, however, small the gesture, touch somebody every day with a random act of kindness.”