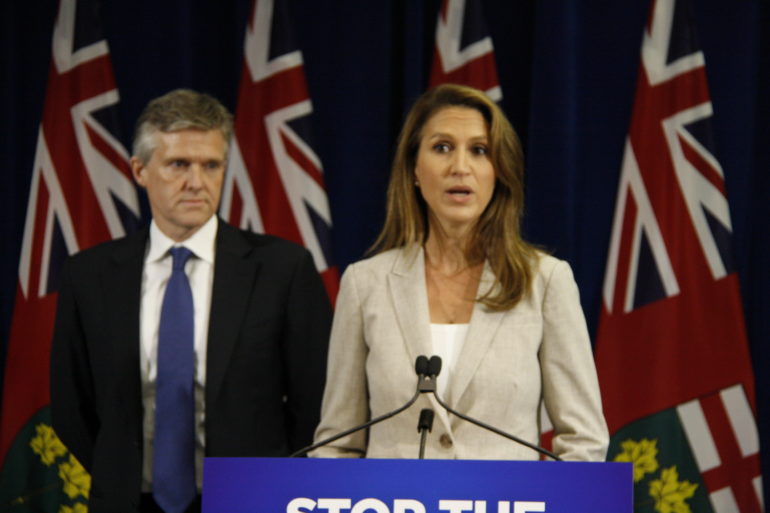 They said the challenge is in addition to Premier Doug Ford’s decision to join a similar legal battle launched by the government of Saskatchewan.

The action is the “next step in its fight to defend the people of Ontario from the federal government’s plan to impose a punishing new carbon tax on Ontario families and businesses,” according to the government.

Ontario had previously been free from using the carbon tax measure, which would take effect next year across all provinces because it was involved with California and Quebec as part of a cap-and-trade program to curb greenhouse gas emissions that contribute to gas emissions.

However, the Tories tabled legislation to scrap the cap-and-trade measure last Wednesday.

Federal Environment Minister Catherine McKenna, who was not happy with the decision, criticized the Conservatives’ recent move on Twitter by noting the province has been slashing environmental initiatives since scrapping cap and trade, which brought in $1.9 billion annually.

“It’s now absolutely clear, the Ford (government) … has no climate plan. Climate change doesn’t stop with a change in government. And in 2018, no climate plan (equals) no plan for the economy,” she said.

Mulroney insisted that they have a good case ahead of them.

“Not only is the Trudeau Liberal carbon tax unethical and unfair, it is also unconstitutional,” she said. “The federal carbon tax will have its day in court. But it is already on trial among the families who will be forced to pay more for gas, home heating and everything else if the federal government gets its way.”

She said the case before them would have a likely chance of success and that it is not about political tactics. This comes even after a conservative Manitoba government under Premier Brian Pallister concluded a constitutional challenge against a carbon tax would not succeed earlier this year.

“It’s not symbolic to the people of Ontario, who want us to do everything that we can to stop the federal Liberals from imposing this tax on them,” Mulroney said.

“Manitoba got an opinion on this. It’s very clear that the federal government is going to win. This is a waste of money,” Tabuns said.

“His losing legal battle will be good for lawyers and bad for people,” Schreiner said.

Interim Liberal Leader John Fraser said the move is more about helping federal Tory leader Andrew Scheer get ahead of Justin Trudeau in next year’s election above all else.

Ford’s Progressive Conservative party’s platform budgeted $30 million for the court challenge. Mulroney has said she believes it will cost less.

The PC government has introduced legislation to scrap the cap-and-trade program and cancel essential services financed through revenues, which include rebates for transit projects, funds for school repairs, and rebates for energy-efficient renovations.