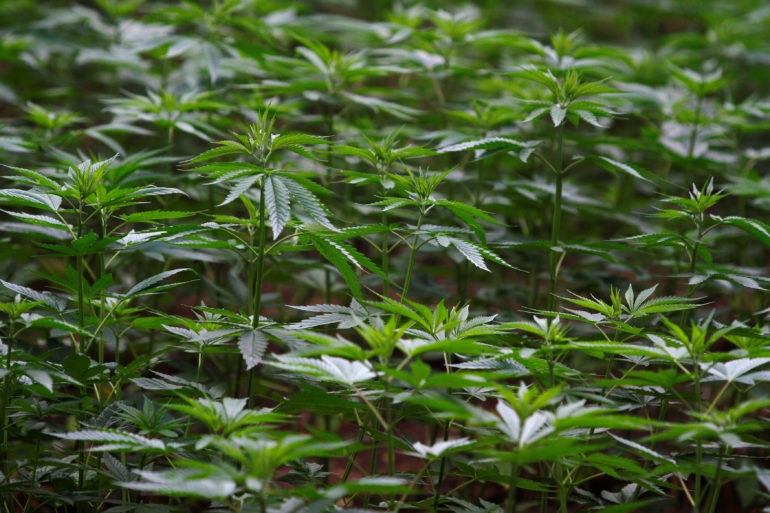 Cannabis will be sold online starting Oct. 17 before hitting private stores next year in Ontario. (Via Flickr @Cannabis Culture)

Ontario Finance Minister Vic Fedeli said today his government’s plans to start online sale of cannabis, which will be available to people 19 years and older this fall before allowing sales at private retail stores next spring.

He told the opposition during Question Period it’s the government’s responsibility to develop a retail and distribution system that protects youth and combats the illegal market.

“On October 17th, the Ontario Cannabis store website will provide a safe, secure and reliable outlet for consumers aged 19 and over to purchase cannabis,” Fedeli said.

“A verification system will ensure that no one under the age of 19 will be able to purchase cannabis,” he said. “At the same time we are beginning consultations with stakeholders across the province to determine the best and the safest way to proceed with a privatized system.”

Attorney General Caroline Mulroney said safety would be the first priority in legalizing the herb and the government will ensure safe roads with a zero tolerance policy when it comes to driving under the influence.

Fedeli first announced the move to a privatized model during a press conference Monday.

He said the government will introduce legislation to launch the private model by April 1.

“The government of Ontario will not be in the business of running physical cannabis stores,” Fedeli said. “Instead, we will work with private sector businesses to build a safe, reliable retail system that will divert sales away from the illegal market.

“With this online channel, Ontario will meet the federal obligation that provinces be ready for retail sales for the start of legalization,” he said. “We have every confidence in the Ontario cannabis store to safely sell cannabis online with safe home delivery across the province, including a robust verification system.

Fedeli said the proposed system “marks a significant departure” from the Liberal model of a government-run store similar to the LCBO.

But he said the government needs more time to get the system of privately selling cannabis right and they will not be “rushed” during the consultation process. Fedeli said they will also take the time to learn from private retail models, such as in Alberta, Manitoba and Saskatchewan.

The government will consult with business, consumer groups, public health organizations, municipalities, law enforcement and indigenous communities. They will look into which companies can sell the drug recreationally, their staffing requirements, and hours of operation while keeping safety as a top priority.

Fedeli promised to provide more information as the consultations take place. He said if a private retailer is caught selling any cannabis to an underage buyer, “even once, their license is done.”

The minister also told those involved with illegally selling pot to simply “stop.”

Mulroney said they are ready to work with consumers, law enforcement and Indigenous communities to combat organized crime and the illegal market, while protecting Ontario’s roads and kids.

“There will be strict penalties and escalating sanctions for anyone who drives under the influence of cannabis,” she said. “Our police will have the tools, resources and authority they need to enforce the law.”

The use of cannabis at any workplace, public places, and motor and water vehicles is prohibited to prevent exposure to second-hand smoke. Each residence can grow up to four cannabis plants per household, not person, and possess up to 30 grams.

Ontario Green Party Leader Mike Schreiner said his party was opposed to the Liberal’s cannabis monopoly from the beginning. He said Fedeli and Mulroney were right to change course.

“Licensing and regulating local dispensaries to sell cannabis is the practical way forward,” Schreiner said in a prepared statement. “It’s important that this change create a new space for commercial activity for small businesses, farmers and Indigenous organizations to replace organized crime and underground markets.

“The government’s plan should prioritize safety, especially for our children,” he said. “Proceeds from cannabis sales should fund programs to support mental health and addictions services and assist municipalities.”