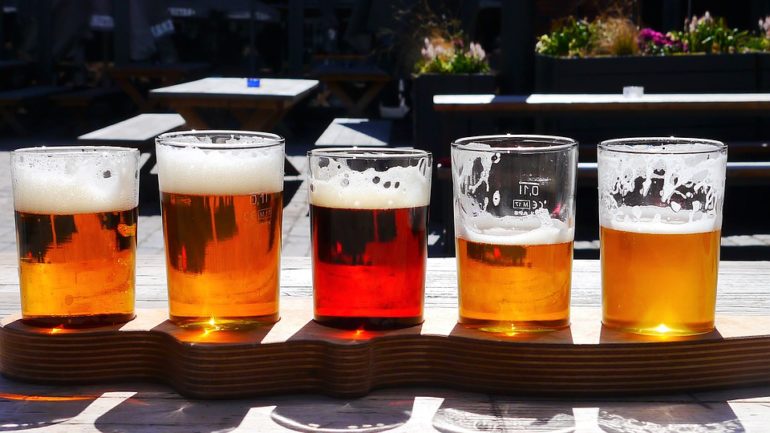 Premier Doug Ford said the Progressive Conservative government will move ahead with the plans to reintroduce the buck-a-beer challenge by Aug. 27.

Ford announced at a news conference at the Barley Days Brewery in Picton, Ont., he would introduce legislation to cut the price of a bottle or a can of beer to $1 from $1.25. This plan will apply to brews with less than 5.6 per cent alcohol content.

The buck-a-beer challenge was one of Ford’s promises during the election campaign. A similar program was abruptly cancelled in 2008, when the previous government introduced new beer price regulations.

“Nobody is being forced to lower their prices and there will be no subsidies or tax handouts,” Ford said.

Brewers will not be required to charge less and the lower minimum price won’t apply to draft beer sold in restaurants and bars, he said. It also excludes the bottle deposit.

The province wants to encourage Ontario’s 260 breweries to bring down their prices through the challenge and it will offer “non-financial incentives,” such as promotions and advertising advantages in the LCBO for those who participate.

He previously said bringing back buck-a-beer would allow more competition in the beer market.

“We’re going to do this smartly and responsibly,” Ford said. “We trust Ontario beer drinkers and other consumers to make their own smart, mature and responsible choices.

“The days of the government putting its hand in your pocket each time you buy a two-four or six-pack is over,” he said. “Instead we’re going to do what we said we would do and put Ontario consumers first.”

Jason Fisher, the owner of Indie Alehouse Brew Pub in Toronto’s Junction area, told Humber News that small independent local brewers are a leading industry in Ontario and are creating new beer choices for consumers. They are in “no way able to participate” the buck-a-beer challenge, he said.

“For a frame of reference, the cost of our bottle, label, and the cap is nearly $1 before we include the beer and labour and taxes,” Fisher said.

He said large multinational breweries are able to drive down prices with bulk purchasing power and the use of inferior products and ingredients.

“Local craft brewers are several orders of magnitude smaller, so who does this initiative really target and help?” Fisher said. “The big brewers, who could sell cheaper, also post record profits each year, so why is there a subsidy geared towards them?”

He said craft beer drinkers understand they are paying more for a superior product which is made locally in their community. Fisher criticized the government’s initiative saying it will only work for those breweries represented by “large trade associations and big industrial foreign-owned mega-brewers.”

Steve Himel, Henderson Brewing’s general manager in the Lansdowne Avenue and Dundas Street area in Toronto, told Humber News the buck-a-beer idea is a “joke” and it’s impossible to sell a beer in Ontario for $1.

“The tax alone on a standard 330-ml can of beer for us is over 40 cents, leaving 60 cents to buy a can and fill it with beer,” he said. “We have to pay rent and the salaries of all the people who actually make the beer. That leaves no money for the beer itself.”

Himel said Henderson Brewing uses all natural ingredients and make each batch by hand, while many big breweries use corn syrup and other cheap ingredients to make their beer, as well as the backing of deep-pocketed international parent companies.

“Maybe they can afford to play this game, and sell unfortunate consumers absolute garbage in a glass,” he said. “We are about quality first and we charge a fair price for the product we make.”