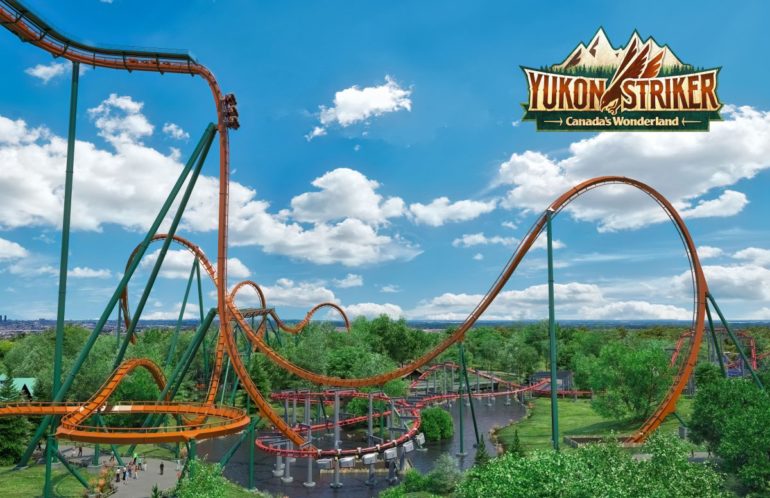 There’s a new roller coaster thriller coming to Canada’s Wonderland that promises to make the most harden riders scream.

The new main attraction called the Yukon Striker will debut at Canada’s Wonderland next spring.

The amusement park claims the ride, now under construction, will be “the world’s fastest, longest and tallest dive coaster.”

The roller coaster will feature a 3 minute, 30 second ride with a 90-degree drop, a plummet of 74 metres (245 feet) that reaches speeds of 130 km/h before entering an underwater tunnel and exiting into a surprise inversion.

In other words, sheer terror people will love.

Canada’s Wonderlands Director of Communications Grace Peacock said the ride may be terrifying for some but the view will be worth it. The new ride is a unique dive coaster that has never been done before.

“This is the most unique roller coaster in Canada and the world, nothing like this has been done yet,” Peacock said. “Once at the peak of the Yukon striker, it’s going hold riders still for about three seconds, from there people get to see an amazing view of the whole park, the lake and the Toronto skyline before it drops.”

In comparison, the “Leviathan Coaster” which is Wonderland’s and Canada’s tallest and fastest roller coaster, will be smaller than the Yukon Striker.

“Leviathan is still taller, however, with the Yukon Striker, because the trains are so massive the tracks have to be bigger making it 50 per cent larger than Leviathan,” she said.

Peacock declined to comment on the actual price of the coaster but said the new ride is an expensive addition to Wonderland.

“I can tell you that back in 2016 when we launched the Leviathan, at that time we were able to disclose the cost and Leviathan cost us $26 million U.S.,” Peacock said,” And this one costs a lot more.”

Test runs for the Yukon Striker begin in March with the first public ride planned for April.