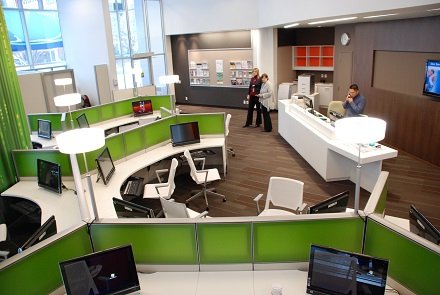 The office of the Toronto Employment and Social Services, which issued a report that identifies Toronto’s singles population as a growing demographic needing more social assistance. (TESS Twitter)

Toronto’s singles are becoming the new face of those needing social assistance surpassing the plight of single parents, says a report by Toronto Employment and Social Services (TESS).

TESS is hoping to lift singles out of poverty through more effective employment support and resources, after its report revealed this specific demographic makes up more than 60 per cent of Toronto’s social assistance cases.

Tobias Novogrodsky, director at TESS, says the report did not come as a surprise, but rather serves as an avenue to start changing the support available for singles.

“In the broader social policy landscape, other types of supports have become available for particular demographic groups, the most significant change being with the Ontario Child Benefit,” Novogrodsky said. “Singles have traditionally not been the beneficiaries of that degree of social program support, and so as the labour market changes, it’s probably not surprising that they would come to constitute a higher proportion of the caseload of the people who are seeking assistance.”

The percentage of lone parents on social assistance declined by 20 per cent while singles increased by 65 per cent between 2000 and 2011. Similar changes have taken place across much of Canada, TESS said in its report.

The lack of social support all together is cited as a contributing factor to the rise of singles on social assistance, but Novogrodsky says the lack of variety in support programs for different issues is a problem as well.

“Education and training gaps, several barriers that are related to health issues, experience with the criminal justice system, and an increasingly tight and expensive housing market are all common barriers for singles.” he says.

TESS outlines in the its report that low income singles are over-represented as the “forgotten poor.” Lone parents, youth, and newcomers are more likely to be the focus of targeted social services, while singles have limited options for support and are often outside or on the margins of essential resources.

Novogrodsky said TESS is working with the data to identify the best way to help singles who are not receiving adequate resources. He says change starts with detailed and holistic service planning that better caters to the needs of the singles demographic.

“We cant be all things to all people,”said Novogrodsky. “Because our clients have such complexity of needs, we need to help be a service connector and broker to those other supports that available in the community”.