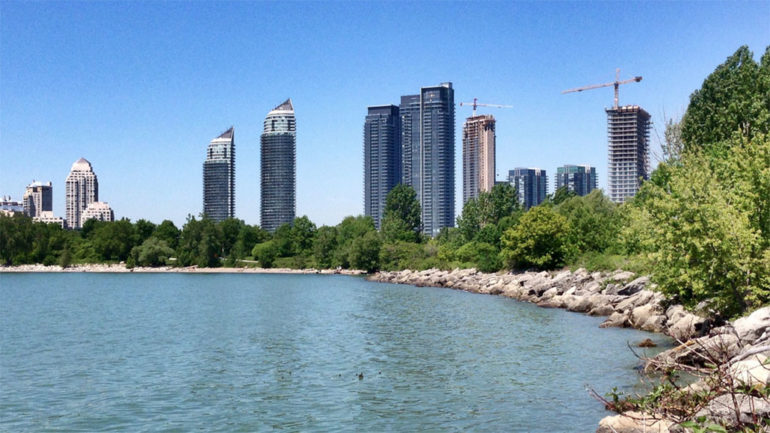 Toronto city residents looking for a place to cool off might want to avoid the Etobicoke waterfront.

Toronto Public Health (TPH) released a statement on Tuesday saying the Ministry of the Environment, Conservation and Parks have confirmed the presence of potentially toxic blue-green algae at the mouth of Mimico Creek in Humber Bay Park East.

While not always dangerous, cyanobacteria, commonly called blue-green algae, can produce harmful toxins that have adverse effects on humans and animals who ingest the bacteria or come into contact with the tainted water, the statement said.

“If (toxins) present in sufficient amounts, itchy, irritated eyes and skin can result from direct contact through activities such as swimming and waterskiing,” he said in an email. “If large quantities of the toxins are swallowed, then that can lead to headache, fever, diarrhea, abdominal pain, nausea and vomiting.”

He said some species of blue-green algae can affect people differently, depending on their age.

“Some blue-green algae have the potential to produce toxins that are harmful to the health of humans, including children,” he said. “In general, children and the elderly are more vulnerable to illness, including (those) from exposure to contaminated water, due to their weakened immune systems.”

The statement advised anyone who comes into contact with the bacteria to wash themselves off as soon as possible with clean water. If any symptoms occur, they should contact a health care provider.

“It’s never really been a big problem until we started putting excess phosphorous and nitrogen into our water,” she said. “When farmers fertilize their fields, there’s surface runoff that puts those toxins into bodies of water. Then there’s also the problem of sewage leeching out of underground septic tanks and into our lakes, too.”

Park said the algae is typically easy to spot on the water’s surface because of its bluish-green hue which people usually call “pond scum.” A musty or grassy smell accompanies the blooms, but they can sometimes smell like decaying garbage, she said.

“Don’t swim in water with scum on the surface,” Park said. “That’s usually a good rule of thumb. If you think the water might be contaminated, don’t drink it and definitely don’t let your pets drink it either.”

In order to eliminate the threat of blue-green algae from a body of water, she explained the source must be found, whether it’s waste drainage, agricultural runoff or other effluents.

“Basically, you have to starve the algae,” Park said. “It needs food to survive, and its food is nitrogen and phosphorous. So, if you can figure out how to get rid of its food supply, you can potentially starve the algae. Otherwise, it usually breaks down overtime on its own.”

The provincial website outlines Ontario’s 12-point plan to combat blue-green algae blooms in the Great Lakes, as well as in other lakes and rivers. So far the province has invested more than a billion dollars to improve the health and water quality of its lakes.

This plan includes steps such as reducing algae nutrients by collaborating with greenhouse operators to reduce the release of nutrient-rich wastewater, and monitoring municipal drinking water systems that draw from the Great Lakes.