Marine biologist says being near water is good for you 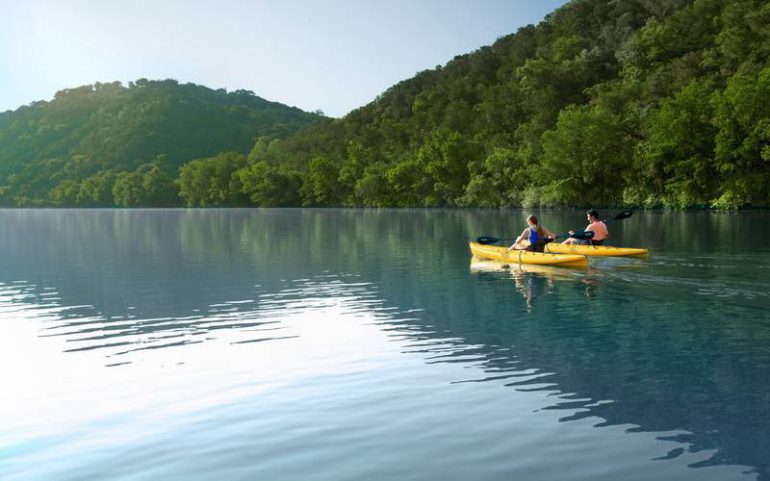 The phrase “feeling blue” is being redefined for the better.

Once in a “Blue Mind” state, a person’s overall well-being will improve, allowing them to become more in-sync with their mind and body. (Wallace J Nichols/Facebook)

Best-selling author and marine biologist Wallace J. Nichols claims that being on or near bodies of water has emotional, behavioural and psychological benefits.

Nichols suggests the concept of “Blue Mind” provides an increased state of relaxation and calmness through the increased production of serotonin in the body by being near water or on a boat.

Nichols said by engaging with water, the stress caused by visual and auditory inputs from a busy city are stripped away. This creates a peace of mind, cooling of the skin temperature and the slowing down of breathing and heart rates, he said.

“Most of our composition consists of water,” Kaleemullah said. “Even as we grow from embryos into humans, we are surrounded by amniotic fluid in our mother’s womb.”

“Being near a body of water has the natural benefit of keeping us away from the daily distractions,” Kaleemullah said.

Once this “Blue Mind” state is achieved, Nichols says a person becomes more creative, more connected to themselves, to others and to the city. This is the most ideal way to reduce side-effects of a “Red Mind” state, he says.

“What people often do when they feel the anxiety of ‘Red Mind’ is that they’ll self-medicate with things that make them feel worse to reduce stress,” Nichols said. “Water itself will help you and doesn’t have the negative side effects that the others bring with them.”

Capryce Taylor, a project manager at Humber College, said she was initially cynical about the idea of water being a remedy for someone’s mental fitness.

“When I go out with friends and just hang out by the lake, it does have a positive, inner effect when I think about it,” Taylor said. “It’s something I took for granted before, so I think if people give it a shot and make it part of their routine, they will be pleasantly surprised.”

Although it’s ideal to have bodies of water readily available in the summer, Nichols says that its just as crucial to bring one’s “Blue Mind” with them everywhere they go regardless of season.

“From a year-round perspective, bring your ‘Blue Mind’ with you,” Nichols said. “That may mean photography, art, audio recordings or travel. I know people who have a photograph of their boat on their desk, so in the long winter months that are not boating season they are looking at it and longing for it because it makes the feeling of awe portable.”