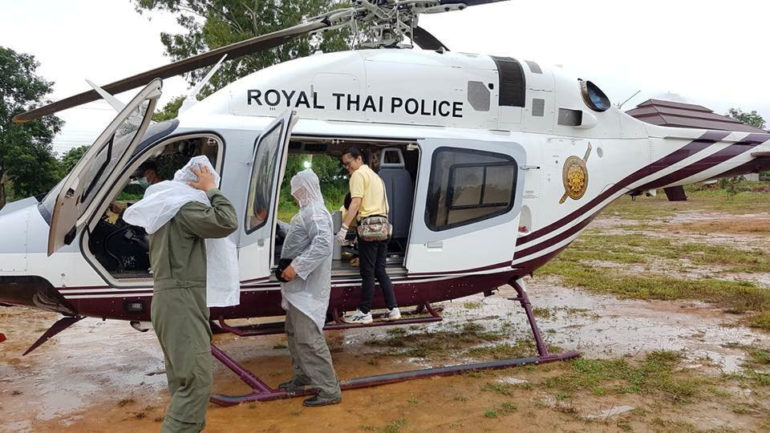 Rescue personnel prepare the transport for the evacuation of the boys and their soccer coach trapped in a flooded cave, in the northern province of Chiang Rai, Thailand, July 10, 2018 in this photo obtained from social media. (FACEBOOK/POLICE THAILAND NEWS/via REUTERS)

All 12 members and the coach of an under-16 soccer team have been rescued from a flooded cave in northern Thailand after being trapped for more than two weeks, Thailand’s navy SEALs report.

Four boys and the coach were rescued Tuesday from the Tham Luang caves in Thailand’s Chiang Rai province, after other rescues in the previous two days got eight of the boys out.

The SEALs say that those rescued Tuesday are all safe.

A medic and three SEAL divers who stayed with the trapped boys after they were found have also left the cave, says the official in charge of the rescue operations.

Tuesday’s final rescues ends an 18-day ordeal that began on June 23, when the team and their coach became trapped in the caves by rising floodwater.

Chiang Rai’s acting Governor Narongsak Osatanakorn said of the operation, “We did something nobody thought possible.”

Below is a timeline of the events leading up to the boy’s rescue.