UFC’s Tim Kennedy hates the retiring Michael Bisping, but he respects him 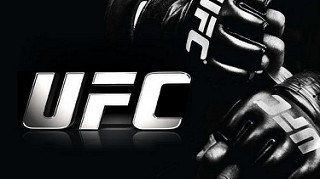 Although Kennedy defeated Bisping in a unanimous decision in a five-round fight on April 16, 2014, in Quebec City he felt his opponent’s toughness throughout the contest.

“I think he epitomizes what a fighter is,” Kennedy said. “No matter where he is in a fight, if it’s five rounds and you are in the fifth round and you are beating the living bricks off of him for the past 20 minutes, he will step out to the centre of that octagon and he will try and knock your face in.”

Kennedy will remember that match after hearing Bisping announced he called it a career last week and he sees the 39-year-old based in Manchester, England, making it to the Hall Of Fame. One quality that will land him that honour, Kennedy said, is Bisping’s pugnacious personality where he’ll truly accept any fight.

Bisping, who was born Cypress, fought for the first time in 2004 and boasts a 30-9 professional win-loss record. He was named International Fighter of the Year twice, in 2008 and ’12. The father of three also was the UFC Middleweight Champion in 2016.

“He just embodies everything of what a fighter is suppose to be,” Kennedy said.

“If I’m going to remember something about him was the scientific precession of how he got into opponents heads,” he said. “How he was able to slowly, incrementally dismember and dismantle somebody’s will to fight.”

Michael Bisping in a video shoot in 2013. (Nate Lindaman)

Trash talk and getting inside his opponents heads with heckling and calculated verbal mind games is a speciality of Bisping. Even with the win, Kennedy said Bisping still got inside his head.

He said the the mind games staged by Bisping during the weigh-ins before their fight in Quebec City took their toll. He claims his opponent hired a dwarf to heckle him during his walk to the weigh-in.

“You want to talk about taking heckling to a whole new level, that a—— while we were in Quebec, he had a posse of professional hecklers,” Kennedy said. “It was (Bisping’s) cavalier, charismatic, brave, courageous persona.”

And that heckling worked to some degree, Kennedy suggests. He won their fight, but he feels he didn’t give his best performance.

“I don’t think that was my best performance, so maybe he was in my head a little bit. He has a persona, he has an attitude, he has an ability to reach into people’s heads,” he said.

“That was a mistake,” he said.

Kennedy said his strategy should have been different, where he entered the octagon with the intention of finishing the fight in the first minute of the first round.

The biggest surprise about Bisping was his ability to push forward and his conditioning, Kennedy said.

“He doesn’t have that look, you look at him and be like meh whatever, but then he hits hard,” Kennedy said. “You hit him with your best shot and he is still looking at you trying to hit an uppercut and you’re like, ‘dang nab-bit, this sucks. That surprised me, his durability and his strength.””

“He has been a champion, won the Ultimate Fighter, and he’s been a company man,” he said.

“Stylistically, look at him and I’m the worst fight he can have, I have takedowns, I smother opponents, I have heavy hands, big powerful shots, what is he going to do besides trying to get to his feet and maybe land a jab?,” Kennedy said.

“Dana White (President of the UFC) said ‘hey can you fight Tim Kennedy, main event?’ and he says ‘sure’, that’s amazing.”

Kennedy said that Bisping’s fighting days might be over but still has great potential in finding a job to keep him in MMA.

“He is a great commentator, he could sit in that seat and call fights for decades. He would be an asset for the UFC, ESPN, Fox, or wherever,” he said.

“He has such a vast experience that he would be an asset for the UFC with fighter relations,” Kennedy said. “I think he has tested clean his whole entire career. When you look at how USADA is working with athletes, he could be that example of, if anybody could have used steroids, it was him.”

Despite the respect Kennedy has for Bisping, Kennedy wanted to make it clear that he and Bisping don’t like each other.

“I really don’t like saying these nice things about him, I’m like pulling my eyes out trying to say nice things, but it’s true, I believe all of these things I’m saying about him,” Kennedy said. “That is a testament who he was at a fighter and as a person.”