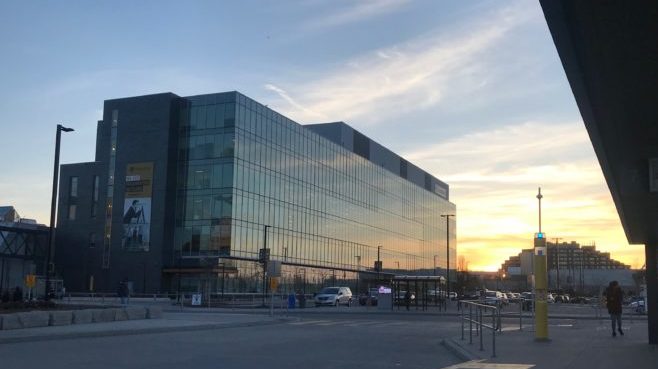 “Humber and Seneca have always been leaders in innovative post-secondary approaches and the two institutions have decided to collaborate to combine and complement the strengths,” said Humber spokesperson Emily Milic.

She said the partnership will help both colleges to work with each other rather than competing.

“This is an initiative which will allow the student to transfer from diploma to the degrees between both institutions,” said  Guillermo Acosta, Dean of the School of Media Studies and Information Technology.

“For example, a graphic design diploma student from Seneca College can transfer to the degree of Humber College’s creative advertising,” he said.

“It will help students to have more options and pathways to complete degrees without wasting the time,” Acosta said.

“It is a competition but its always been a friendly competition and it’s about the students, its not about the colleges,” he said. “It is about the offering students of Ontario an opportunity to complete degrees, which I think is the need of the system.”

Acosta said the partnership is set to start in fall 2018.

“The articulation between the graphic designs from Seneca to creative advertising in Humber is already in place and Humber’s computer programming diploma to software development degree in Seneca will be in place soon,” he said.

“The benefit of this initiative is that if a student has a two-year diploma and they complete two years of degree after it, they will graduate with a degree rather than doing the whole degree,” he said.

Acosta said this is the first partnership among colleges and the list of pathways will expand.

“This is the first partnership and I think we will expand by collaborating with the other colleges and will help the colleges which do not have the broad portfolio of the programs,” he said. “It will also be helpful for the colleges which are far apart from Toronto as it serves the student with the opportunity to complete their diploma locally and then visits Toronto to get the degree.”