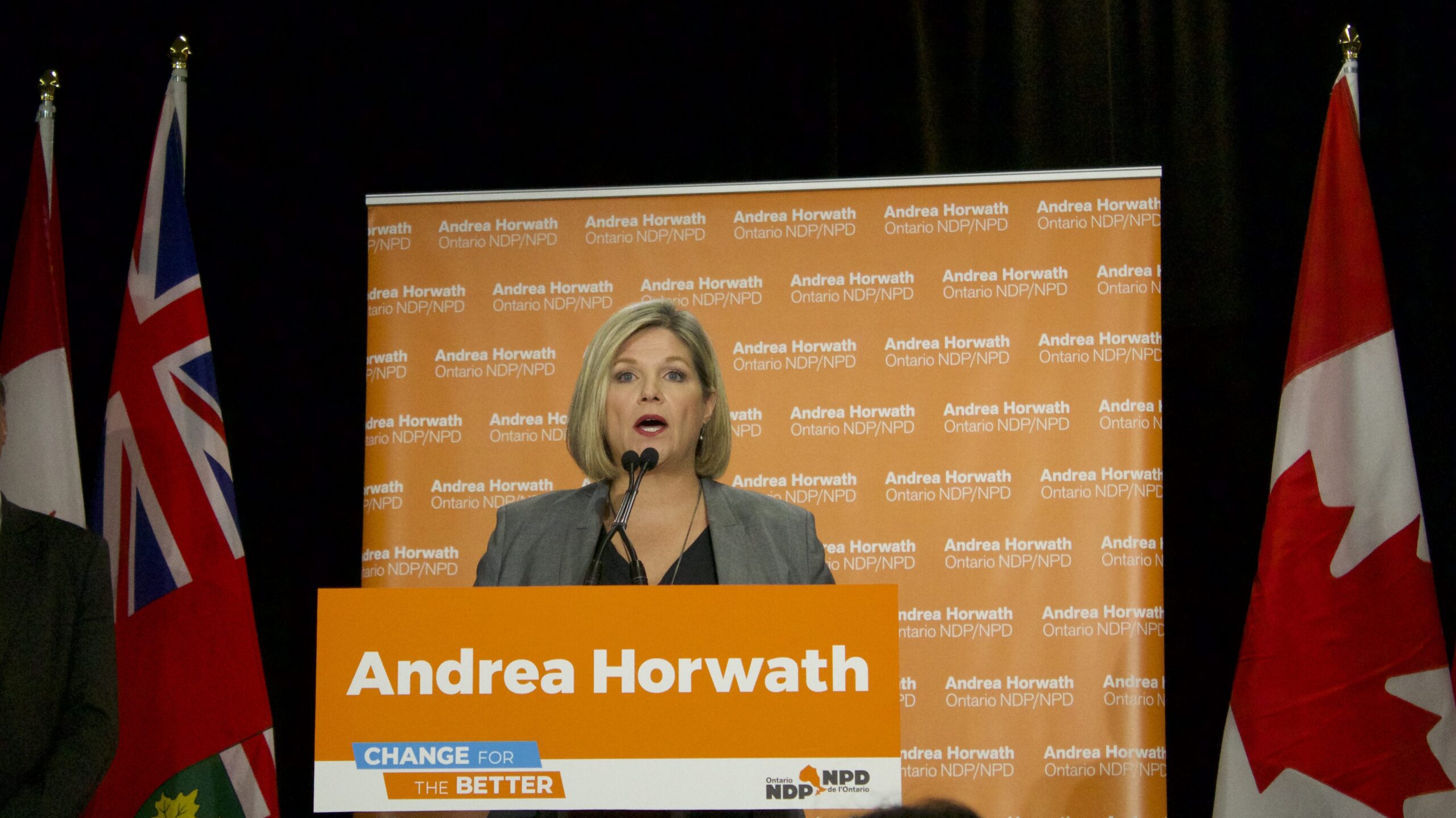 NDP leader Andrea Horwath may have lost the election but she won the riding of Hamilton Centre decisively, taking a total of 23,866 votes with a share of 65.25 per cent.

“My friends from the very start of this campaign, people wanted change, and I could not be more proud that we offered a positive vision,” Horwath said in her concession speech.

For the past eight years, Horwath and the NDP have secured a stronghold in Hamilton Centre.

The riding is mostly centred around Hamilton’s downtown core and has a population 100,100.

Horwath, former city counsellor, was neck and neck with Doug Ford to become Ontario’s next premier, according to recent polls, but in the weeks leading into election night she reinforced her commitment to her riding’s future.

Her rivals, however, said otherwise in regards to her commitment to Hamilton Centre.

Deidre Pike, the Liberal candidate for the riding, said “when you represent Hamilton Centre, poverty and homelessness are issues that must be addressed.”

“I have been that voice for a long time,” she said.

Pike has been a strong advocate for the LGBTQ+ community and has long been invested in social activism in Hamilton.

Dionne Duncan, the PC candidate for the riding, stressed the importance of the health care crisis in Hamilton. She stated that there are far too many patients sitting in hallways, waiting for a room or a physician “because nobody is handling the issue properly.”

Again, the Liberals were the runners up by receiving 5,861 and only 17.46 per cent of the vote share.