Massey Hall set to shut down for two years 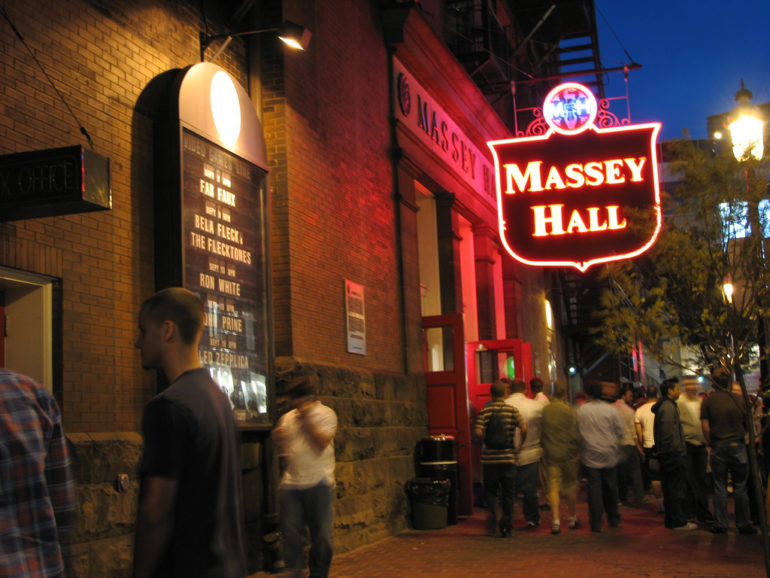 One of Canada’s most renowned concert halls closes its doors this weekend to prepare for a two-year break for renovations.

Massey Hall, the nearly 124-year-old music venue in downtown Toronto and arguably Canada’s premier concert hall, is shutting down for an estimated $142 million worth of renovations. The hall is expected to reopen in Fall 2020.

When Massey Hall reopens, it will feature retractable seats to create general admission standing space for some shows, carefully restored stained glass windows and additional venue space for smaller performances. Centuries Lounge inside Massey Hall will also expand to include a stage for another small venue space.

“For up-and-coming Canadian artists, the hall’s been incredibly important,” Bowman said. “It’s a sign of arrival. Every local artist I’ve known that finally gets to step on the stage at Massey Hall feels in some sense, at least in Canada, that they’ve arrived.

The hall will bid goodbye to its fans this weekend when Gordon Lightfoot takes the stage for three shows from June 29 to July 1. Lightfoot is a legend on Massey’s stage, having performed approximately 170 concerts there, more than any other artist.

Massey Hall’s temporary closure naturally leaves the city with one less mid-sized music venue to host touring artists. The hall’s main auditorium has a capacity of 2,573, far less than the Air Canada Centre’s 19,800 and Budweiser Stage’s 16,000, but more than Toronto venues like Danforth Music Hall, the Horseshoe Tavern or Lee’s Palace.

Roy Thomson Hall and the Sony Centre provide spaces with similar capacities, and may see more demand for their stages when artists can’t turn to Massey Hall.

“Toronto is such a vital market. 10 million people within a two-hour drive, basically one-third of Canada has access to that hall,” Bowman said. “Things come from Asia or Europe and they only play three cities in North America, Toronto’s going to be one of them.”

“Unfortunately, Massey Hall’s not there then they can’t play Massey Hall, but really important artists will play somewhere,” he said. “We might miss a few mid-level shows that might just do Buffalo, Detroit and Montreal, and skip Toronto. But people will hardly notice that there’s a dent in the music scene.”

To Bowman, having visited Massey Hall countless times in his life, part of him is sad to see any alteration to the venue. But with the hall taking necessary steps to modernize its facility to host more shows going forward, Bowman isn’t worried that Massey’s vital presence in Canadian music will slip.

“The hall’s history is going to continue,” Bowman said. “The hall’s way too important, and no matter what it looks or feels like, it’ll take on a second, third or fourth life depending on how you think about it.

“It will continue to be one of the central most important places for Toronto musical culture.”