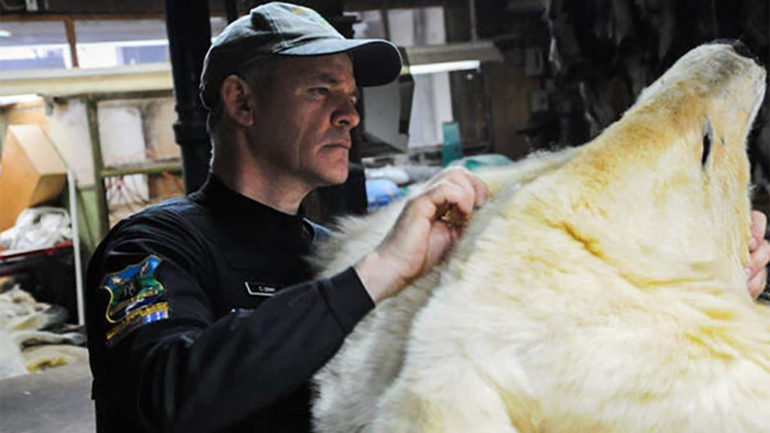 Canada’s wildlife enforcement officers anticipate a spike in black market wildlife smuggling this summer which can pose a serious threat to Canada’s ecosystem.

Sheldon Jordan, director general of Environment and Climate Change Canada’s (ECCC) wildlife enforcement division, said one of the biggest challenges his team faces is intercepting endangered species of animals and plants that someone is attempting smuggle in or out of the country.

“The environmental impact of this is twofold,” he said. “Not only do you lose that animal, but you lose it in the sense of an endangered species.”

When the Canadian Border Services Agency (CBSA) encounters smuggled wildlife, it refers the incidents to Jordan’s team at ECCC. Within the last 10 years, there has been a significant increase in wildlife trafficking worldwide, and the summer season is often the busiest time for smuggling in Canada, he said.

“Typically, in a year we will inspect anywhere between 3,000 and 10,000 shipments, both legal and illegal, of wildlife coming in and out of the country,” he said. “The increase is having serious impacts, particularly on live exotic species.”

Wildlife trade encompasses the sale or exchange of any wild animal or plant between regions. Smuggling increases in the summertime because many plants and animals are growing during this season, Jordan said.

“Take American ginseng,” he said. “It’s during the summer that the plant is growing and you can identify it and poach it. Now American ginseng is very seriously endangered in North America.”

The summer is especially an opportune time to smuggle live animals such as reptiles and birds into Canada from other countries because the warm temperatures mean better survival rates, Jordan said.

“We see less smuggling of live wildlife during the winter, simply because the mortality rate rises,” he said. “For cold-blooded animals, we usually see more during the warm months between May and November.”

When animals are smuggled into the country illegally, they’re not being brought in by a reputable source, Jordan said. Because of this, they’ll likely have been exposed to other animals, plants, pathogens or invasive insects which they will then bring into the country, he said.

“There’s a pathogen that was found in salamanders in South East Asia that made it into Europe,” Jordan said. “It has basically wiped out salamander populations in Europe. So, starting last year the government of Canada prohibited imports of salamanders from anywhere in the world.

“If that pathogen gets into Canada, it would completely wipe out our salamander population,” he said. “Salamanders, while small and cute, play a really important role in the environment, especially in terms of decomposition of plant material.”

Illegally imported turtles also affect conservation, Jordan said. When they arrive in Canada, they’re often carrying germs like salmonella and other pathogens from habitats in their originating countries. People keep turtles as pets and when they get tired of having one they release them into the wild, he said.

“That creates pressure on Canadian turtles,” Jordan said. “They’re not prepared to be exposed to these pathogens that are coming from exotic turtles. When you’re looking at this impact, and the fact that we have many species of turtles that are at risk in Canada, the environmental damage is potentially very high.”

Patricia Zaat, the Canadian representative for the International Fund for Animal Welfare (IFAW), said illegal trade in wild animals is seriously detrimental to the country’s ecosystem.

“IFAW believes that wild animals belong in the wild and not in commercial trade,” she said in an email. “Trade in wild animals and their parts causes tremendous suffering of individual animals, endangers wild animal populations, and threatens biodiversity.”

Canadian polar bears are harvested sustainably by the Inuit in the Far North, Jordan said. When they are exported from Canada, they bring a lot of income into northern communities. However, poachers who attempt to take polar bear pelts illegally threaten the region’s economy, he said.

“It’s a source of income for people in an area with very limited economic opportunities,” Jordan said.

CBC News reported government reports released under freedom of investigation requests the price of a dead polar bear has quintupled in the last 10 years, rising to $25,000 from $5,000.

“Bear gallbladders have ursodeoxycholic acid in it which helps boost the immune system,” he said. “Provinces who are responsible for the management of wildlife, as well as the federal government who are responsible for the trade of wildlife, work very closely together to ensure that we keep the poaching of black bears for pharmacopeia under control.”

INTERPOL, the international policing agency, launched earlier this year an international operation codenamed “Thunderstorm” against the illegal wildlife trade in 92 countries, including Canada. Jordan led the coordinating committee for the month-long operation in May which resulted in 1,974 seizures worldwide.

In a press release, INTERPOL secretary general Jürgen Stock praised the operation’s results and credited its success to international effort.

“Operation Thunderstorm has seen significant seizures at global level, showing how coordinated global operations can maximize impact,” he said. “[It] sends a clear message to wildlife criminals that the world’s law enforcement community is homing in on them.”