Trans Mountain: A primer on the pipeline dispute 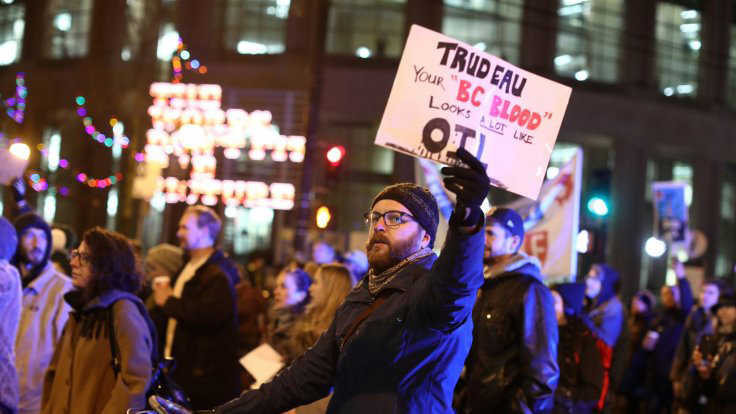 Thousands demonstrated the previous week, in a similar vein to protests against the North Dakota pipeline.
(ibtimes.co.uk)

The Trans Mountain pipeline expansion has become a major flashpoint in B.C.-Alberta relations with an impact across the country, as well.

Alberta Premier Rachel Notley cited the ongoing dispute as she backed out of attending the Western Premiers’ Conference which began Wednesday in Yellowknife.

The interprovincial tensions come along with protests from the First Nations and after Kinder Morgan company decided to halt all its functioning till May 31.

Here is a brief about the pipeline expansion project.