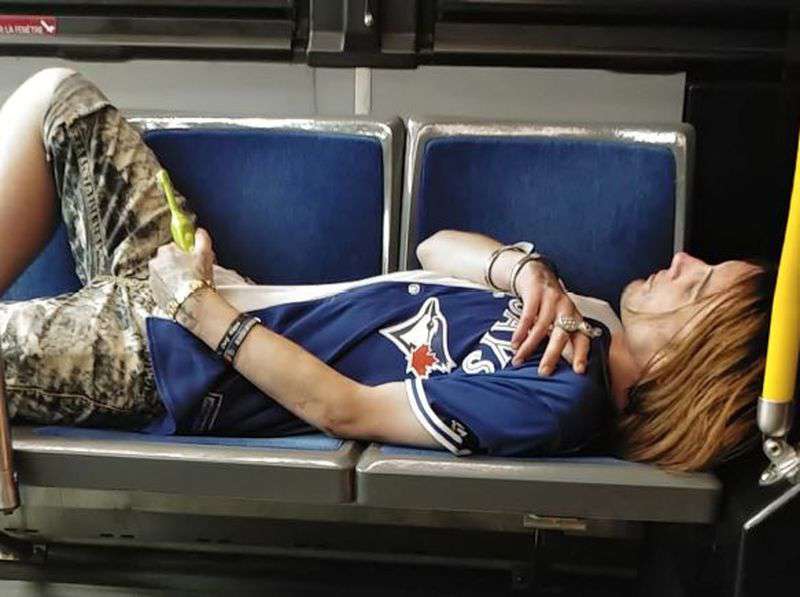 A subway passenger and a TTC bus driver continue to recover after being stabbed during the Victoria Day weekend, Toronto Police say.

A 22-year-old man was arrested Monday night for allegedly stabbing the two people during the holiday, police said.

The man was arrested in Midland, Ont., on Monday night, police said.

The incidents took place between Sunday afternoon and Monday morning. Police said a man stabbed a 46-year-old man from behind with an unknown object at the Spadina TTC station.

Police said the weapon was never found and the victim was helped within minutes by Toronto paramedics. The attack forced the TTC to order trains to bypass the station until the the area was deemed safe.

Twelve hours later, the man attacked a TTC bus driver in the Islington Avenue and Winnipeg Road area near Dixon Road in Etobicoke. Police said the suspect had a verbal confrontation with driver.

The man then broke a toothbrush and stabbed the driver in his cheek, police allege.

Gary Long, of Toronto Police Corporate Communications, said police don´t know if the suspect has any mental or drug issues.

“He was taken in custody and taken to the 53 Division,” Long said.

Long said the suspect was taken to College Park court on Tuesday morning.

He said both victims are now in good condition.

“The man attacked on the TTC was in serious conditions but now is stable,” Long said. ”Both of the victims are going to be kept in the hospital as precaution.”

Liam Mitchell McCallum, 22, is charged with two counts each of aggravated assault, assault with a weapon and possessing a dangerous weapon.