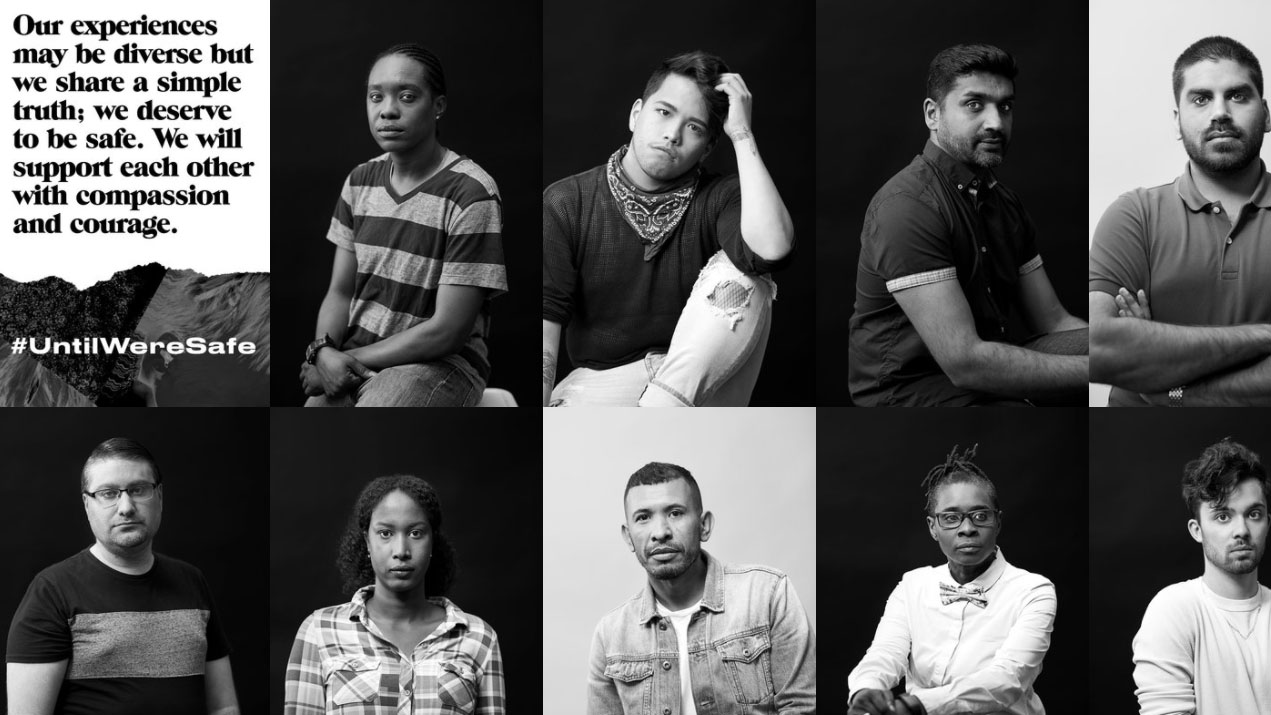 Pride Toronto launched UntilWereSafe.org to generate awareness about the McArthur victims and to advocate for increased safety within the LGBTQ+ community. (untilweresafe.org)

Pride Toronto is raising awareness for crimes committed against the LGBTQ+ community through their new social media campaign UntilWereSafe.

The campaign, which comes in the wake of a string of killings in Toronto’s gay village, shared stories of 24 LGBTQ+ people from all over the world who have faced violence and harassment.

These stories are available online on the UntilWereSafe website, which went live on Monday.

Along with the website, people can share the campaign on their social media accounts using the campaign’s hashtag. The aim is to gather even more stories of discrimination and harassment against members of the LGBTQ+ communities.

“#UntilWereSafe is one way we’re coming together to show support for each other and draw attention to the ongoing issues of safety and visibility affecting our community,” the website.

Olivia Nuamah, the executive director of Pride Toronto, wants relationships between Toronto police and the LGBTQ+ community to strengthen before uniformed officers once again attend the parade. (Twitter/@PrideToronto)

Pride Toronto’s Executive Director Olivia Nuamah voiced her opinion in a press release. “If you’ve ever felt scared, threatened, vulnerable, alone or invisible, know that we are here. You have a community, that sees you, hears you and stands beside you,” Nuamah said.

“The main idea is that a conversation starts [with this campaign],” Anne Creighton, President of Toronto Pflag, a group that offers support to members of LGBTQ communities and their families, said. “It’s really important that the community at large have a sense of just how targeted and abused this minority is. I think that people will be shocked by these stories”

One of the mottos of this campaign is also to ensure safety in certain neighbourhoods of Toronto notorious for hate crime against the LGBTQ+ community.

“I think we highlight Toronto as a shining star so much that we try not to focus on the negative things that are still happening,” Kenny Dawkins, Resource and Event Assistant at the LGBTQ+ Resource Centre at Humber College’s North Campus.

“There are little pockets of places that have poverty that are not being looked at. We still have issues that are being undermined and through a campaign like this, there can be awareness.”

Creighton shares an incident that happened in the subway with her daughter a few years ago.

“My daughter was riding the TTC and she was dressed in a very masculine way. So someone came up to her and said, ‘We were just wondering what are you?'” she said.

Pride Toronto’s safety and awareness campaign will culminate with the Pride Parade which will be held on June 24.