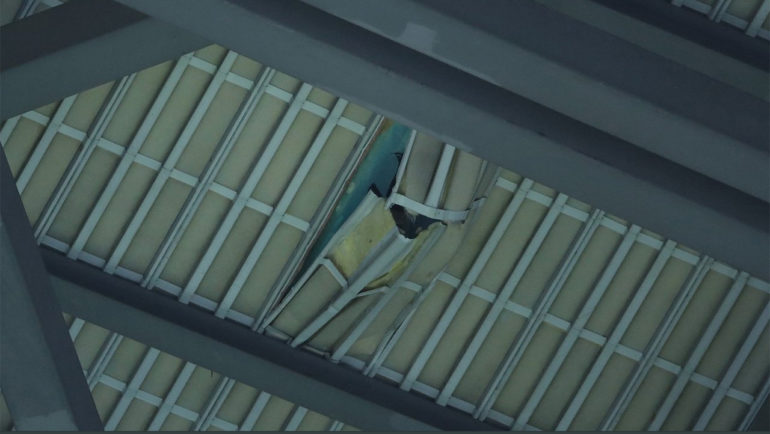 The month of April means spring weather, and spring in the city of Toronto means baseball games at the Rogers Centre, for the Toronto Blue Jays.

But the reality is, April has shown the Greater Toronto Area unkind weather conditions with heavy rain fall, snow and ice storms leaving thousands of people without power.

Some Toronto homes are still without power after the ice storm, but at least the Blue Jays may be back in action today https://t.co/NXsMzNAVKR pic.twitter.com/JI2wZVctvg

The inclement weather also cancelled the Blue Jays vs. Kanas City Royals game  Monday evening, and is postponed for later this afternoon;

where a double headed has been scheduled.

Tonight’s game has been cancelled due to inclement weather causing damage to our roof. We apologize to our fans for this inconvenience. Further info for those with purchased tickets to the game will be shared shortly. Tomorrow’s game will be a 3:07 p.m. traditional doubleheader

While we’re certainly not into making guarantees (anymore), today’s doubleheader will go on as scheduled. Let’s play ball! pic.twitter.com/xNqxj8Q18s

Some of the ice had torn through the roof of the Rogers Centre causing water to leak onto the baseball field.

According to the Toronto Star, Toronto police had to close the CN tower because falling ice caused a hole in the Rogers Centre roof which led to calling the game game off.

The last Blue Jays home game that was postponed was also against the Kansas City Royals, on April 12, 2001. pic.twitter.com/JJkPvijl99

The driver for the visiting Kansas City Royals sustained minor injuries, after an ice chunk flew through the windshield of the bus driving the team on the Gardiner Expressway on Monday morning, police said.

Police also said the ice actually came from another bus in front of the Royals vehicle.

Fortunately, no one else on the bus suffered any injuries.