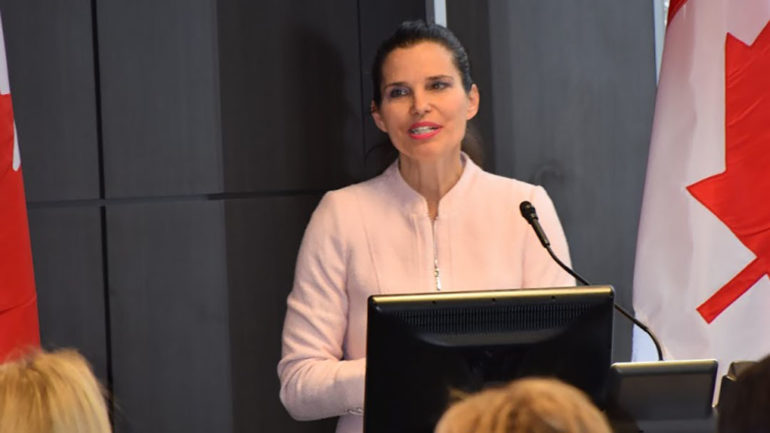 A model, an actress and an MP walk into a college.

Two different communities within Humber had very different interpretations on how they should celebrate the first International Women’s Day since the #MeToo movement. Traditionally, colleges and universities across the GTA bring in inspirational speakers to motivate their female students.

“You are enough. You can eat. You can go for that challenge. You are enough just as you are.” – @Iskra #IGNITERealTalks #IWD2018 https://t.co/rTpaGnwL3U pic.twitter.com/IG4g2IQd5a

The pair spoke about their experiences with fame and being female in the entertainment industry. IGNITE did not give outside access to media coverage yet there was a live-stream of the event.

“Identify the anger. Identify the heartbreak. Then spend the rest of your life fixing it.” – @SophiaBush #IWD2018 #IGNITERealTalks pic.twitter.com/Ya6TqZ1hnC

There was comparably little fanfare for Duncan’s arrival – Humber News had difficulty locating the Minister of Science, Sport and Persons with Disabilities but managed to catch up with her in the Design Centre.

During her visit, Duncan met with female faculty members and students showcased their projects and mechatronics equipment. There were a variety of gadgets for the minister to see, from a 3D augmented-reality game for kids to an app that prevents impaired driving.

I am committed to empowering the next generation of women who #ChooseScience and so proud that #YourBudget2018 includes support for women and underrepresented groups in #STEM. Great to talk about the importance of #IWD2018 @humbercollege, a community hub for #EtobicokeNorth. pic.twitter.com/VjoqufP3Rf

Duncan also displayed her basketball skills with the Humber girls’ varsity basketball team. The team has been OCAA gold medal champions three years running and are recognized as one of Ontario’s top teams.