Robots in the workplace 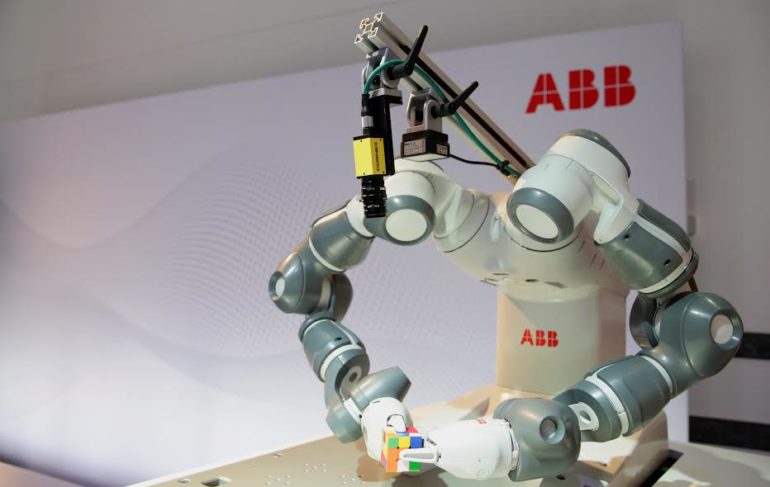 The robots are coming.

And Alex Fernworn, Professor of Computer Science at Ryerson University, thinks they’re going to take our jobs. Sort of.

“In 20 years time, if current trends continue, many more jobs will be done by robots. But if the past is a good indicator of the future, there will be more jobs for humans, we just don’t know what they are yet,” Fernworn said.

At a lecture at the Toronto Reference Library yesterday, he addressed questions surrounding robotic process automation (RPA) which is already reshaping the workforce.

History shows automation has created more jobs than it has taken away. This is based on 140 years of data and looking at historical precedent is important in understanding the trajectory of technological progress, he said.

Fernworth said automation technology has always replaced less advanced technology. In the 1800s, Queen Victoria had a royal rat-catcher who was eventually replaced by a mechanical rat-trapper. The printing press replaced scribes, and in the 1920s, newspaper readers who would read the news to cigar rollers in Havana were eventually eliminated.

He said doctors, managers, teachers, police officers and lawyers are examples of professions that will survive this trend in automation, while careers including accountants, sales personnel, truck drivers, office clerks will be threatened.

Robots are good at low-value repetitive tasks but do not yet perform well at tasks requiring perception, manipulation, creative, and social intelligence, he said. To illustrate this point, Fernworth asked what is the difference is between leaves and a car. The answer: One requires a person to brush and rake, the other people rush and brake.

Such subtleties in humour would be lost on a robot.

John Healey, a retiree who attended the event, sought to discuss the bigger questions related to robots and artificial intelligence.

“I’m hearing this discussion in the ether, it’s in our culture. I don’t know a lot about it but I’m aware of its impact.” he said. “We can curate this journey. How do we bring a certain morality to this? How do we handle the responsibility?

“I’m not against progress, but this is moving very fast and it has implications,” Healey said.

Fernworth didn’t address these questions in the lecture but did give an example of robotics being used for good. One of his PhD students, Dalia Hanna, is working on a project using drones to locate wandering patients with dementia.

“Philosophers, ethicists, lawyers and interdisciplinary thinkers will need to join the conversation in order to address the big ethical issues that come with this robotics and artificial intelligence,” he said. “People like me are too invested.”