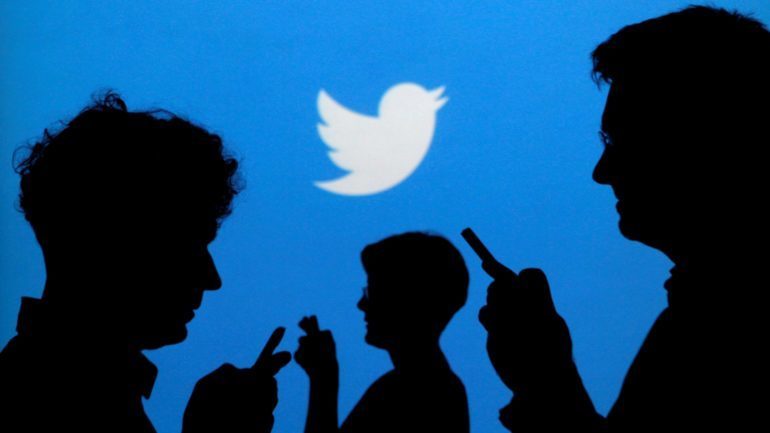 People holding mobile phones are silhouetted against a backdrop projected with the Twitter logo in this illustration picture taken in Warsaw September 27, 2013. (REUTERS/Kacper Pempel)

Twitter proceeded with a massive cleanup across the platform this week in an attempt to eradicate fake and automated accounts.

But it’s got some conservatives upset, with claims it’s an act of censorship by the social media site.

“Help with account locked” or “Help with lost followers” are becoming popular search phrases on Google as many Twitter users woke up on Wed. Feb. 21 and couldn’t access their accounts, while some lost thousands of followers.

Well I’m finally back up and running on Twitter after fighting the latest #TwitterPurge. I lost over 1,400 followers… for what? Being American? Military? Practicing my right to free speech? #TwitterLockout pic.twitter.com/wJsTnPovzy

The purge was allegedly designed to stop the destructive activities of bot accounts on the platform.

“It is quite common for Twitter – and indeed other social media companies — to regularly ‘clean’ their service to remove accounts that breach the terms of service, or temporarily suspend them pending some sort of verification,” said Paul Bradshaw, course leader of the MA Multiplatform and Mobile Journalism at Birmingham City University.

The social network is accused of wrongfully locking many accounts belonging to Conservatives and their followers. Many right-wing users quickly responded to the purge with thousands of tweets and retweets with the hashtag #twitterlockout implying that there’s a deliberate political bias against them.

Many users, however, think differently and believe Twitter is right to counter the waves of non-human behaviour on the platform.

Trumpers try to understand; the followers you are losing tonight are not real people. They were bots and @Twitter decided enough was enough. You aren’t being censored. You are being awakened to the FACT that you were engaging with hostile foreign agents! #TwitterLockOut pic.twitter.com/zK7RSlm8Rg

“It’s nonsense to believe that this was intentionally aimed at Conservatives,” Bradshaw said.

“It is programmatically very difficult to target accounts based on some sort of political persuasion,” Bradshaw said.

Twitter is a corporation. It can therefore do whatever it wants. You're not entitled to an account, nor are you entitled to your followers. Unless, however, you'd prefer regulating social media corporations like public utilities. Until then, stop whining. #TwitterLockOut

“There is no absolute right to free speech on social media,” said Andrew Selepak, a professor in the department of telecommunication at the University of Florida and director of the Graduate Program in Social Media. “Which is what most people don’t understand,” he said.

Selepak believes the “purge” is totally a legitimate act under their user agreements.

“Twitter as essentially a private company can determine which accounts violate their user agreements,” he said. “They, therefore, can delete accounts that violate those agreements.”

In an announcement titled “Automation and the use of multiple accounts,” the Twitter developer team said, “Keeping Twitter safe and free from spam is a top priority for us.”

“Twitter prohibits any attempt to use automation for the purposes of posting or disseminating spam, and such behaviour may result in an enforcement action,” the announcement stated.

This move by Twitter is considered one of the most severe actions against accounts relating to non-human activity. It came after alleged Russian online meddling in the U.S. presidential election in 2016, which involved suspicious Russian tweet bots.

“It may be possible that there has been a wave of bots designed to target or follow accounts with particular characteristics,” Bradshaw said. “for example bots created for political purposes, and that those bots have been caught up in the cleanup.”

“We know that Twitter and other social networks have come under increasing pressure to manage their platforms better,” he said. “So that they cannot be hijacked by bots and other manipulative techniques.”

Selepak said Twitter’s move is fundamental in the battle against fake news.

“While it is important to know what information is being shared on social media and where it is coming from,” he said.

“Different entities including foreign governments will continue to find ways to spread false information on the web, and new technology will only make it easier,” Selepak said.